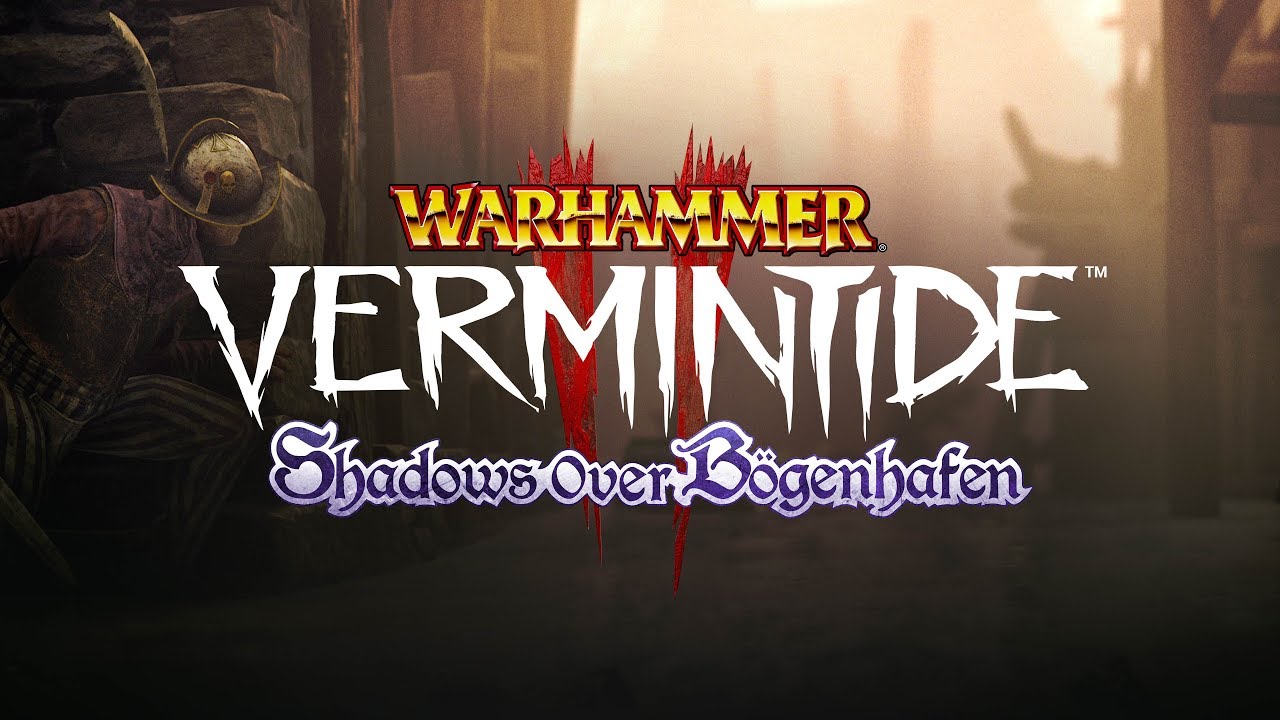 Shadows of Bögenhafen - our first DLC for Vermintide 2.

Explore the city of Bögenhafen with two new missions - “The Pit”, and “The Blightreaper”. These new missions are part of the pool of missions for Quickplay. Also, if someone on your party owns the DLC, you will be able to host a custom game, with these new missions.

There are plenty of new Okri’s Challenges that involve these new levels which reward you with a Bögenhafen Strongbox. These chests will include a brand new cosmetic item, either a hat, a skin, or a weapon illusion.

Weekly Quests is another way for you to get Bögenhafen Strongboxes. These new challenges, and weekly quests, are available for players who own the DLC.

There are also new Okri’s Challenges for everyone, so have a look.

This is also our biggest release, by far, in terms of bug fixes. Do know, we’re not done adding spit and polish and will continue to fix, adjust and tweak based on your feedback going forwards.

Issues fixed during the beta

We are very happy with the results of the public beta test for 1.2.0, and we would like to extend our gratitude to all of you who participated. We found, and resolved a lot of issues thanks to the data we gathered, and your bug reports.

In this version, we're bringing over all performance improvements that we did for the XBox One version of Vermintide 2. Together, these optimizations will have a large impact on all types of PC systems.

Sounds have had a major overhaul. We've made changes to how Specials - like Gutter Runners, and Vortex Sorcerers, will play sounds when they appear, to make them more audible. These changes includes increasing the range at which you can hear these sounds, and making them higher priority. The obstruction of a sound take in account how important that sound is. For example a Packmaster will be heard better behind a house than a Clanrat.

We have also migrated to a new version of the sound engine with many new features and optimisations, as well as the risk of some bugs as with any such migration, so keep an ear out and let us know your experiences!

6 Likes
Kerillian - Dual Daggers
What was the patch yesterday? Extreme lag
Let’s face it, this is actually a pathetic DLC
arknox August 28, 2018, 2:29pm #2

For everyone still on the beta branch what are we supposed to do?

I’m not downloading the game twice.

Welcome to the live Beta everyone! Let’s see if I’m wrong.

Just opt out from the beta. Why should you download the game anothe time?
It’s a 5.4 GB update

I m really disapointed and expected this to be free as an apology for the running gag of the VT2 release.
That’s from someone who bought all DLC from VT1 and supported the good spirit of fatshark back then.

And yeah I know we don’t have to “buy” the DLC to play the new maps as we can join an active session but still. I feel insulted

I switch over from beta and it then downloads the old version of the game. Fatshark then update the game and I’ve got to download an entirely new update.

Do we stay on beta branch or not? Question for devs, not for you.

If you opt out of the beta you should get the “patch” content for 1.2 – that said, Steam is a wicked mistress and we cannot control what content it delivers down your pipes, so my theory is purely down to what should happen.

I fu*king hate steam… I’ve downloaded the beta as soon as it came out, so that was ~9GB. 2 days after I opted out of it and downloaded 3GB of something…
And now it’s downloading another 8.3 GB of live patch.

Really looking forward to being able to play this dlc in the live build. Excited to see the new illusions too!

This hole thing about downloading the game again after opting out of the beta. You people should know by now how steam works. I opted out of the beta the day before to get ready for today.
It sucks, but that’s how it is.

On another note, why did I get an elf illusion from a chest I oppened as Bardin? Is this intentional? Should I wait with opening more chests until this has been fixed?`

I didn’t recieve a bögenhafen chest for completing a dlc map, just regular legend chest. Is this intentional?

! Actually want an answer
$ Rhetorical suggestion
Beautiful update, thank you for the large amount of bug fixes. Sorry you made the speedrunners angry. Guess they actually have to help the team now.

! Are the common hats and skins easy to get? I have played all the levels on veteran, but that is it and I haven’t gotten any cosmetics. I recall you stated before that you are happy with the amount of customization in the game, so I assume this was just a mishap keeping us from getting said items? If not, are you considering adding more “common” cosmetics such as recolors?

Again, thank you for the continued support and fixing of your game, I can’t wait to see what you will add next. (Hopefully new item pickups and weapons… and new everything I guess…)

Have you played Dragon Ball Xenoverse 2 by Bandai? They charge 8 euros for 2 new characters that they literally just copied and pasted special moves over to and people ate it up without complaining, which it deserved. Fatshark actually put time and love into 2 beautiful maps with a story and new character customization to go with it. I understand, but with the overwhelming amount of bug fixes I can’t complain.

Was there a stream for the launch yet?

Fatshark Livestream over on Twitch at 19:00 CEST / 10:00 PST Announcements

[image] Prepare yourselves, heroes! Today is the day we release the first Vermintide 2 DLC, Shadows Over Bögenhafen, on Steam. To celebrate the occasion we’ll host a livestream later today. Tune in to our Twitch channel at 19:00 CEST / 10:00 PST

Must have missed it, thanks for the heads up tho

Edit. It turns out dev on reddit lie or bug in chest
Someone in reddit got dupe from bogenhafen chest XD

Bought it, loving it, keep up the great work! <3

This patch has to nail it if this game wants to regain a higher player base and not linger around with 4000 average.

And they NAILED IT! … another one in the coffin.

Fatshark, you have limited time to act before steam reviews turn negative and there is a fire raging here/reddit about your idiotic implementation of disrespectful grind for low effort cosmetic boxes in this DLC.

Do something now before the sea of refunds, including mine.

Well, I have to commend you on creating lootboxes even more frustrating than the previous ones.
If playing one main class, barring the 8 chests for completing the new levels, I get on average one cosmetic item I can actually use every five weeks.
Seriously, that’s impressive in how brazen it is.

Other than that, great patch, obviously.