With the new PvP mode just being announced and the devs apparently still being hesitant to talk about progression based on what was said in this article: 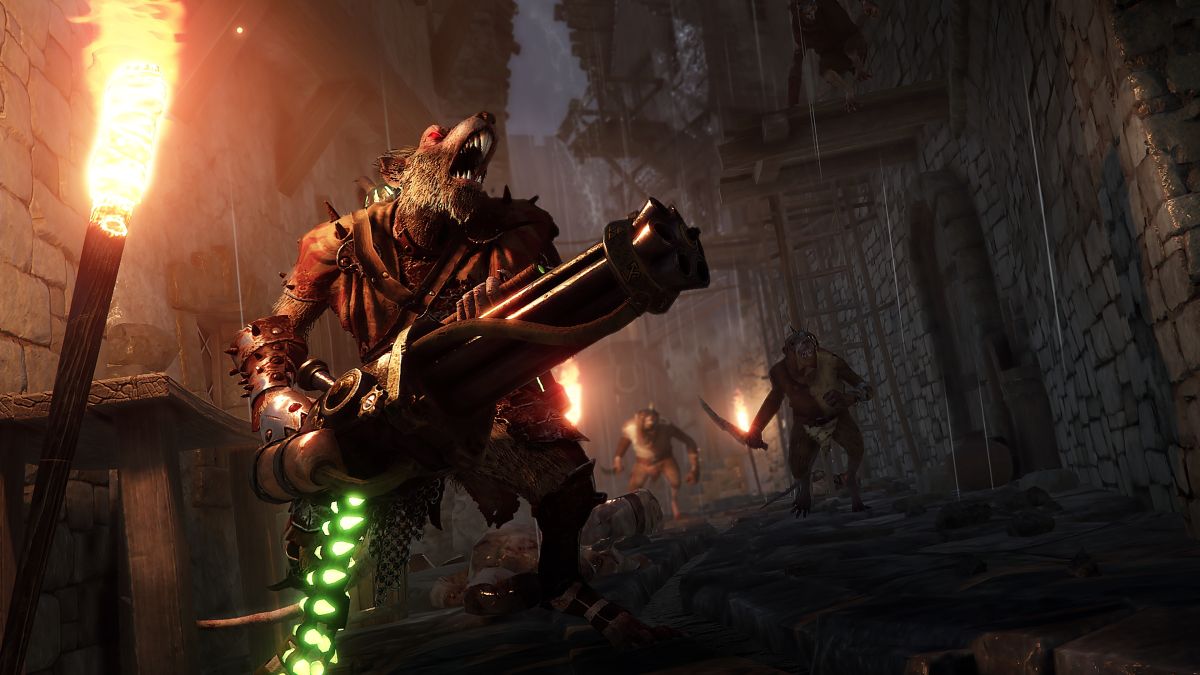 Fight as the bad guys in this new 4-vs-4 game mode that let's you play as rats with gatling guns and more.

“How this will factor into Vermintide 2’s RPG progression system is also in the works, says Wahlund.”

I wanted to say that as a primarily PvP gamer that enjoys co-op experiences too (Vermintide, L4D1/2, Deep Rock Galactic, etc…) I am totally cool with power progression in my PvE games - and totally not cool with it in my PvP games.

I’m not interested in a mode where I have an unfair power advantage because I have higher level items or trinkets than the other team. I play games like Overwatch and Dota2 where everyone has access to the same power to create an even playing field for PvP. I know not all PvP gamers feel this way, and some of them do want to have unfair advantages over their opponents.

I will play the hell out of your PvP game (like I do Overwatch) and buy hundreds of dollars worth of virtual items to support you if it’s a fair game. I probably won’t play it at all if it’s the sort of game that will have a lot of uneven contests because of time played and +stats. This is why I and many of my PvP loving friends did not play Killing Floor 2’s PvP mode when it came out (no idea if they ever changed this, we never gave it another chance). So I just wanted to share this opinion and my currently cautious optimism about the versus mode.

They said on the official announcement, that versus would get a separate balancing.

They worded it pretty weird but it seems that versus would be standalone.

Yeah I saw that part, but that doesn’t really speak to this issue directly. It does mean it’s very possible they will make a fair game mode, but they certainly don’t have to even with a separate branch.

If they tie any unlocks like items or cosmetics to be only accessible through PvP. I.e. force people into PvP this game will be getting uninstalled immediately. I have zero interest in PvP. It’s a total tangent and a waste of dev time IMO.

Well, you also have to imagine that there are certain things added that other people don’t want/can’t complete, too. I mean there is an absolutely awesome portrait frame for completing the Fortunes of War map on Legend; but there’re a lot of people who will never get that frame due to 100 different reasons (don’t have the time to skill up, simply not apt enough, simply not enough time to play it at all) and yet it was added.

Just because there’s some reward associated with a different game mode doesn’t mean you should blow up and get angry; I don’t want to do some of the weekly challenges and I’ve got a pretty wild solution: I just don’t play them. They’re not super entertaining to me so I elect not to spend my time on it, but that doesn’t make it a crime to have made the challenge in the first place and I’ve certainly got no problems with other people enjoying it.

There is no such thing as forcing someone to unlock a cosmetic. If you’re a cosmetic hunter then I’ve got bad news for you: you’re going to have to leave your comfort zone to get 100% complete in pretty much every game. SC2 encourages different unit compositions and play-styles, They Are Billions encourages you to use no turrets/no soldiers, and Vermintide encourages you to play all 5 of its characters.

TL;DR: I’d hate to lose players for a great game just because it added something additional which isn’t required to play but will, most likely, bring in a bunch of new players.

That side of it doesn’t bother me personally at all, but I can see why it would be upsetting to others.