As I get my first Plasma rifle I can only say its very under whelming. The Bolter gun is far superior and isnt even a “class” special. The hold and shoot after a period of time, lack luster stopping power. It feels lack luster compared the bolter.

to be fair the boltgun is outperforming everything by miles

Yeah but it’s better to buff something rather than nerf something to bring them into balance.

Agreed though. The Plasma Gun stomps in Malice difficulty. It starts to struggle in Heresy difficulty.

Not to mention that venting hurts you. That’s a stupid ass mechanic too.

It’s how all overheat mechanics work in the Tide games. Safe to vent at lower heat, does a little damage at higher heat per tick.

And it makes sense for the Plasma Gun from a lore perspective, I think. The damage doens’t bother me too much, it’s minimal and manageable. What I don’t like is how easy it is to blow yourself up with the charged shot. If I’m fully charged at 90% heat, my brain doesn’t assume that if I fire it’s going to explode. I feel like there needs to be better feedback there, somehow, I don’t have these problems in VT2 with overheat mechanics.

Don’t get me wrong, I love the Plasma Gun.

It sounds freaking amazing. It looks amazing, from the smoke contrails its shots leave behind to the fact enemies just explode into gore when hit by it.

It’s a one-shot kill on most lower level stuff on Heresy difficulty. It absolutely vapes most things on lower difficulties.

It’s pinpoint accurate. It is functionally a rail gun.

It doesn’t care if the enemy is in cover, it will kill them.

It has fairly low damage fall off.

It can fire 6 shots back to back before it is at risk over heating.

It has charged shots which can knock down pretty much any target. Combined with the Veteran Career skill, it’s a 1 or 2 shot on Heresy for everything but Ogryns and Monstrosities and bosses. When a Crusher comes barreling into melee, I step back and feed them two charged shots and they’re dead from the extra damage dealt by other players.

And charged shots can penetrate multiple targets, including elites.

It’s probably not as versatile as the bolter, but it feels good and really fulfills the sniper role of the Veteran.

But you have to be mindful when using it. And I honestly like that. It’s a gun that makes you stand back a moment and ask “what’s worth my time to shoot?” It actually works pretty well with Heresy difficulty where the whole game slows down a bit.

It just needs some tweaks, like pretty much everything.

Plasma needs more splash and more heat capacity in order to compete with the bolter.

Actually I feel like there is only one weapon for Heresy + difficulty that is the bolter all other weapons are undertuned in order to tackle it.

The splash damage does seem non-existent. You seem to get the occasional stagger near your target, or a penetrating shot on something directly behind them. I wouldn’t say no to a little more splash damage so it is slightly more useful in close combat encounters.

Also it gets the Thermal Resistance stat. So “heat capacity” is a function of the weapon itself.

Plsma needs a reword all together IMO.
Its meant to be the vets unique thing, but it fails so hard even in spite of the bolter. If anything the plasma gun needs to work more ore less like a beefed up version of the Psykers void strike staff, and needs to either use ammo with out a heat mechanic, or have no heat mechanic and ammo. But not both ammo and heat. It should not have the ability to be cooled down by holding a button. Instead hitting the reload should just vent the entire thing, and it should cooldown over time.

Another thing that needs to be done, and idk why they did not do this because they ahve shown this can be done with the lucius pattern las gun. Right click should aim the gun, and left click should be able to shoot or charge it, Why you cant aim the gun that has iron sights clearly on it is beyond me.

I highly disagree, the Plasma Gun in it’s current state is by far the most viable heavy weapon.
The Boltgun is mediocre compared to it, thanks to multiple animation problems and an extremely slow draw-time. 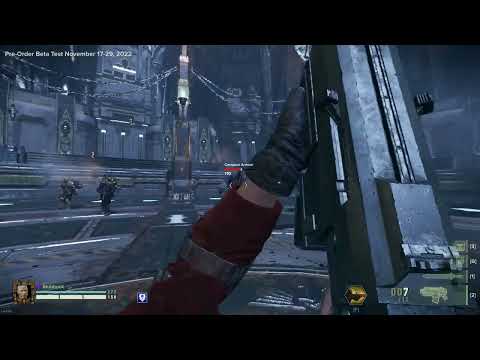 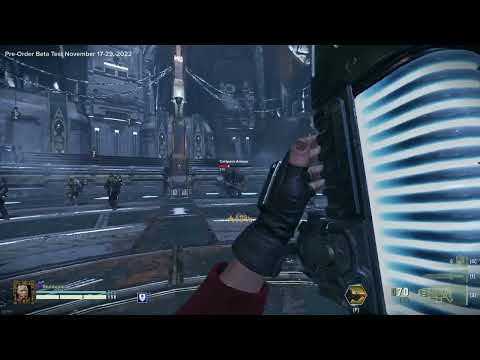 It also, most definitely splashes, not as much as the Boltgun but every enemy it travels through is either obliterated or staggered. 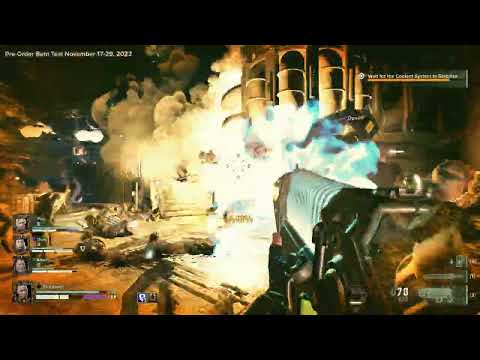 It should honestly have a larger splash radius than the boltgun. The splash damage and effect on the boltgun is undeniable on every hit. But the plasma gun, sometimes I’m unsure if it managed to splash or not.

Plasma gun needs a total rework.
Heats too fast even with my having about 40% of the heat resistance bar
Charges slow with 45% of the bar
Its damage is near, but 4 shots and im overheated. And there is no saving you once it overheats.
Its heat dumping feels slower than natural heat loss and it actualy deals self damage.
Reloading animation takes forever

I think only ogryns kickback shotgun is worse weapon.

In relation to bolter, its clunky, hard to aim due to how it waves. Generaly recon lasguns are better in long range, midrange, close range. Bolter excels only vs specials/elites/monsters.

There’s one very important thing that the bolter does much better than the plasma gun though, however, and that is dealing with ranged mooks while also being a good enough option for basically every single special/elite in the game. Ranged mobs on Malice+ are among the deadliest threats in the game and as a Veteran, you’re best equipped to deal with them. I think that if you’re in a team with multiple Veterans that are running bolters/lasguns then yeah, having a guy with a Plasma Gun might be good. But otherwise? Nah, I don’t think so. I think just more max ammo would go a long way towards making the Plasma Gun a stellar pick however.

The one I currently have gets 10 shots to 100%, 4 charged, 2.5 of which will pop a Crusher’s head and it cools down fast enough that you can swap to your sword after killing a gaggle of specials, then by the next time specials show up, you’re already at 0%

A lot of what makes the weapons good or bad are the modifiers, the skills and traits.
Can the Bolter perform better? in the hands of a good veteran, absolutely.
But in equally skilled hands the Plasma gun still reigns supreme for the reaction time you’re granted with it.

The only thing I personally think the Plas still needs at this point is a few more shots to overheat and it’s splash damage increased. That would make it WAY more flexible, and probably the preferable choice to the Boltgun from a practical sense for most.

I would like to see the Boltgun’s equipping animation changed to something a lot shorter myself, as the big downside on it is having to re-rack it every, single, time. It gets grating and as I’ve said in previous posts, it severely limits what it can do for a Melee Dancing Vet like myself who doesn’t always have their gun out.

I have 0 issues with Specials, they’re usually dead before they get anywhere near the team unless they spawn right around a corner. But that’s mostly because of the Plasma Gun’s equip time and my Aim being adequate for such. and the ranged trash mobs are usually pretty easy to deal with, lob a shot at them to suppress, then sprint/ slide up and melee.

It won’t work for everyone, obviously. But for those who understand the spot the plasma fills, it’s an excellent weapon.