When I tried to revive or assisting an ally, i get interrupted because I get damaged.

It supposed to work even when you don’t have toughness, because every class can revive with toughness without getting interrupted, so I think this Iconic feat should let you revive teammates even without toughness, while being damaged.

but it doesn’t work, you won’t be able to revive while being damaged, because it will interrupt you.

steps to reproduce:
trying to revive an ally as Ogryn
I get damaged by ranged fire while I don’t have toughness
but I get interrupted, the revive get resetted 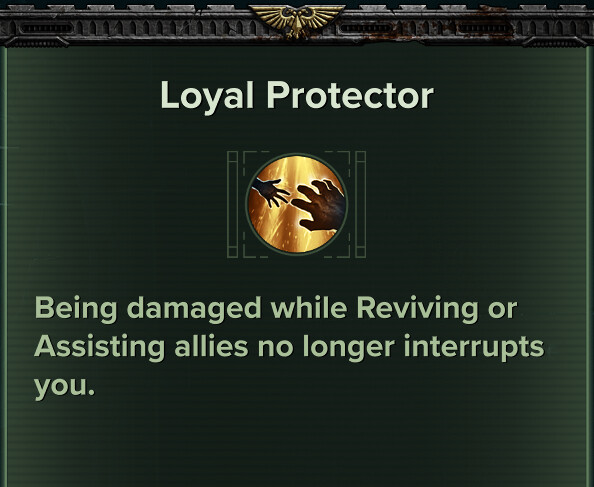 When your block is broken, you also get stunned, and reviving interrupts.
Same with heavy hits like plague ogryn and such, when champion get moved, revive interrupts.
And yes, like topic starter said, for some border conditions, like when your toughness broken, revive also interrupts

that’s why the iconic doesn’t work and should work as intended, but it doesn’t for Ogryn…