Now that melee weapons have the + stamina working...what the hell does it do?

Anyone have ANY idea on what the hell this even means? I don’t know why the devs think being vague beyond stupidity is a good thing to do.

It’s self-explanatory: +stamina stat on a weapon means you have more stamina to use with that weapon.
“vague beyond stupidity” is a poor statement.

Here’s an example with an Atrox axe and a chainaxe. 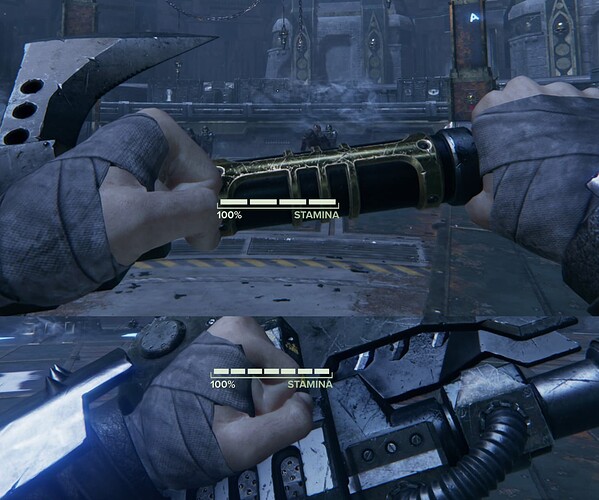 It really changes the playstyle for both.
That’s something I really like and I think it’s a clever and fun mechanic (+it adds character to the weapons).