I think we need more boss in the game (i mean random one not a map boss)
And i think of two way to done this;

Boss altération;
like a rat ogger imbue with flamed or a troll with miasme around him

New boss;
like a wyvern (the little version of it)
https://vignette.wikia.nocookie.net/warhammerfb/images/2/2d/Wyvern_from_creature_guide_2.jpg/revision/latest?cb=20190608035003
Same size (maybe a little longer) than a stormfiend
https://vignette.wikia.nocookie.net/warhammerfb/images/c/c6/Orc_Warboss_on_Wyvern_(2).jpg/revision/latest?cb=20161124140358

5 or 4 chaos knight it doesn’t matter (well, 4 of them and the boss bar is cut in 4 part when you hit one of them that deal dommage on the bar, when 1 quarter is break, one of the chaos knight die) 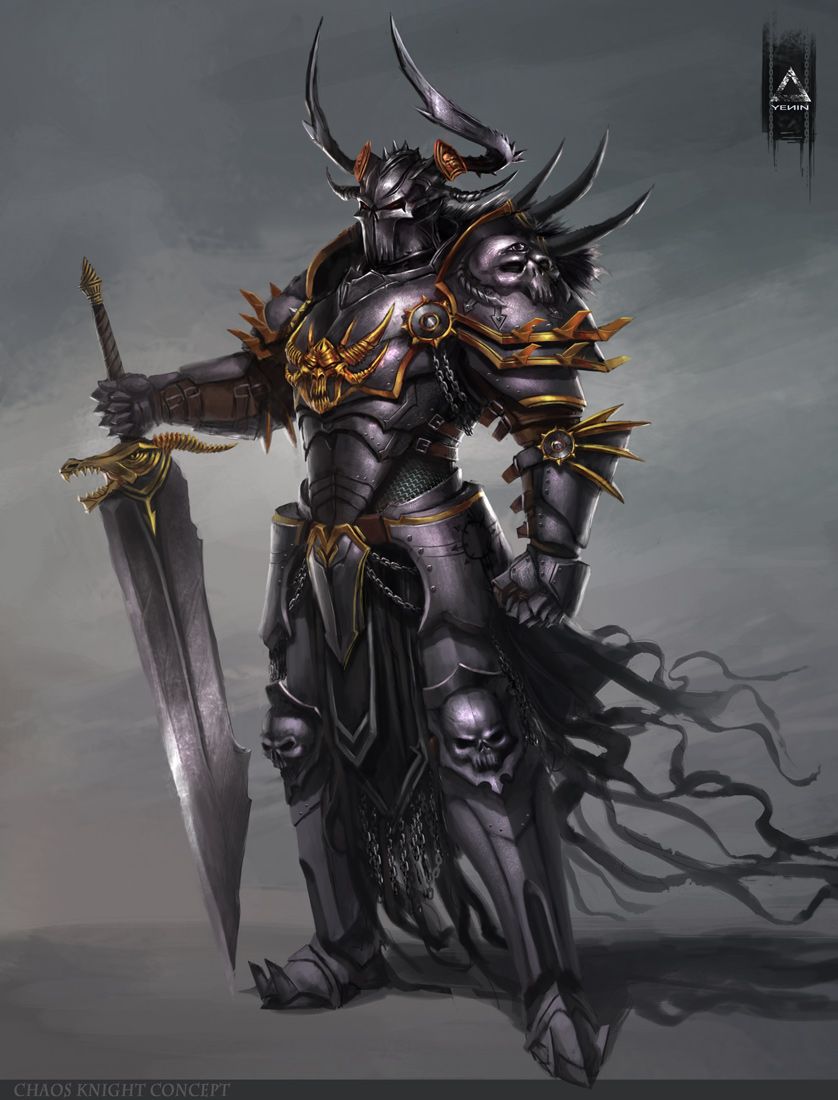 and goblin giant (i don’t see any image that coresspond)

some of those boss can be on specifique map or spécifique area (like wyvern only on open area)
this can be nice cause actually, i see only rat ogger, troll and chaos spawn every day… that’s a little boring when you fight them 10 times a day.

(Edit: More detail of boss attacks and types in a comment below)

That will be good to make into the game. There are many variations of rat ogres in lore, and I think it’s not that hard to give them a little bit different look in the game. Also adding new effects to the attacks would be nice. Make rat ogre with warp-grinder, greatsword instead of right arm and so on. New attacks are also welcome.
What about chaos knights. We have chaos warriors of Nurgle already, and warriors of other gods are taking no part in Helmgart plot. But it will nice to see followers of other chaos gods in the future as well.
Also chaos spawn deserves new models. There are huge variety of chaos spawns in lore, because they are just horrible mutants that differ one from another in the most abhorrant way. It will be great to see some new details in their models as well.
Grinskins does not have giant goblins. They use trolls as mosters, but it is eazy to make the regular, not chaos corrupted troll to look complitely different, with another moveset. Or add black ork boss. Also will be interesting experience. But we need to get greenskins as enemies first.

For the wyvern maybe a style like a standing monster,
use fire to burn in a cone.
use his paw to focus a spécifique player.
use his tail to bump and stagger.
use his mouth to grab a player and try eating him, if not cancel the wyvern regen some hp and the player are bleeding.

For jötun
Slow and strong, can smash his hammer to stagger and can enrage when below 25%.
huge aoe attack and bump,
you can’t block every attack, need to dodge some of them.

For chaos knight
they are 4, each of them focus a player, if they are less than 4 player some player may encounter 2 chaos knight at same time.
chaos knight have the same hp bar so, if you can’t kill the one comming for you, you cant just block and let your allie deal dmg so maybe the one against you gonna die.
They are not as strong as a real boss, but they are 4 so, you may try to stagger one of them to help your allies of at least kill one of them fast.
they have rush attack and some attack similar to chaos warrior.
it’s easy to kill them if they are alone but difficult in a wave or with a patrol.

goblin (giant) or thing similar
he’s more imprevisible and rush ennemis in no patern, he’s just some stupid thing run around and hit everything he see with a club.
he run everywhere and when he’s low hp, he gonna be more imprevisible and try sometimes to run out of the fight to come back in a other way.

When you say Goblin Giant do you mean the Stone Troll ? (They do have somewhat Goblin head)

Stone troll looks cool, and works perfectly with the imprevisible stupid créature, thanks for your help, i don’t know the whole bestiaire of warhammer, in my mind (when i write the post) i get hobgoblin from dnd or thing like that : 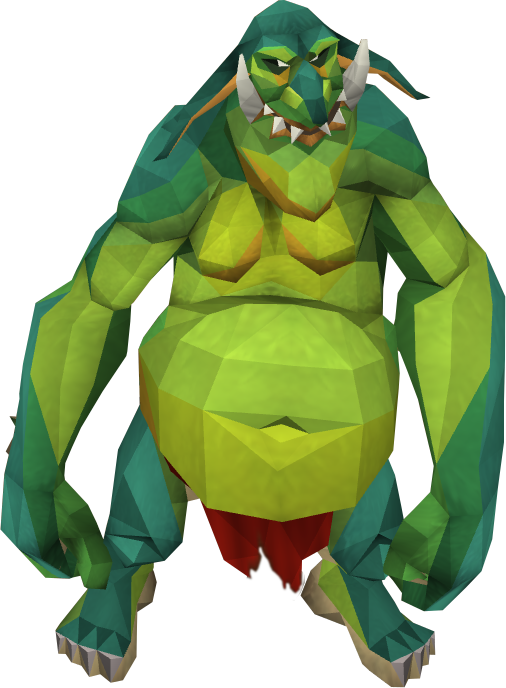 or goblin champion : (this one from goblin slayer) 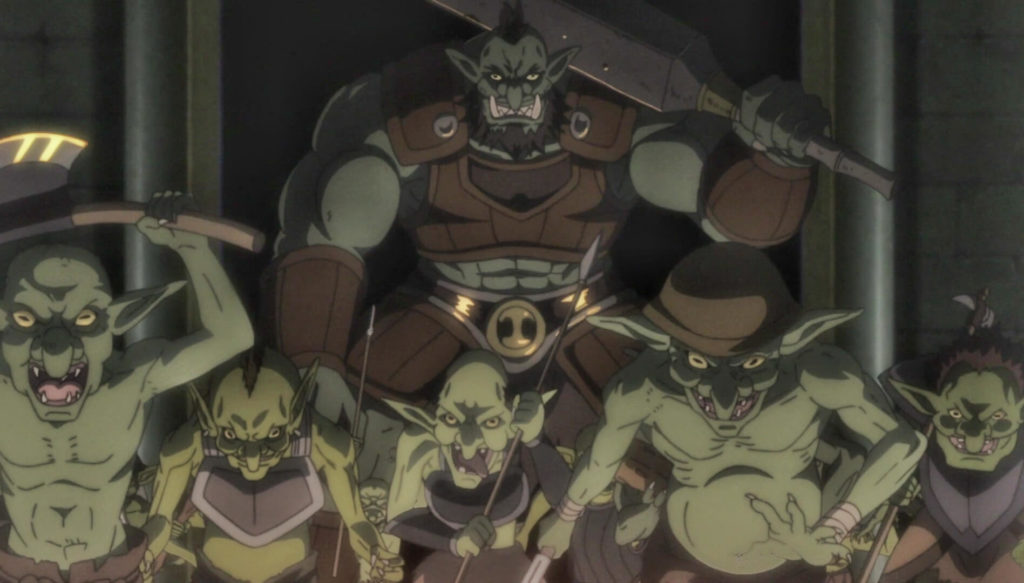 Or we could have Chaos Dragon Ogre

image766×768 66.4 KB
He would fight normally and not jump on people like the Gutter Runner

For Chaos we could have:
Forsaken

Ice Troll (Smarter than their cousin)

skyre engineer can be spécial enemi

werewolf, eishin assassin and ice troll can be elites (maybe add a boss troll different than the one we already have)

to me, the best way to have more monsters is to make some with altération or différents style for the start, like i said something like a rat oggre imbue with flame and other things like that can be nice.

the best can be 3 différent style for each boss.

after that make new monster can be délai cause less “boring sensation” when face to a monster.

Skryre Engineer deserve a better place than a simple special, they are force to be recognised for their might and are on the nearly the same power level as Skarrik Spinemanglr or another Lords, so I think they deserve a Monster/Boss spot

ohh ok, i don’t know they’r power, i just see they’r apparence and make a bad idea of him.

and don’t take me bad when i say “the best way” i mean for fatshark, cause actually they focus on the new expansion and 40k darktide

More Skaven and Chaos stuff would be great, and if Greenskins could be added that would be cool. Maybe even add Greenskins as a wild card third side attacking everything in sight?

Depending on the execution Greenskins could be a good deal of fun in the game.

Greenskin don’t really ally with Chaos, they do sometime get tricked by the Skaven to help them

True. But fighting Greenskins and hearing Bardin’s banter about it would be real cool if implemented in some way or another.

And since the Skaven are the main enemy in this game, maybe Skaven+Greenskins can be the enemy in Vermintide III?

Or added as a chaos factor who attacks everything in sight as I suggested in my previous post.

we already have beastmen, maybe greenskin in 1 year…
i mean, chaos waste doesn’t gonna add greenskin (surprise woow i spoil !!!)
So maybe the next expac !

I don’t really know what they could do for Vermintide 3, like we are at the start of the End Time and when the End Time really kicks of the Skaven clan invade Estalia and the other Border Princes while the north get invaded by the Chaos hordes

I would prefer if we got new enemy/character. Maybe in the Desert against the Tomb King or against the Vampire Count

Wow spoiler !!!
I think they gonna add a lot enemis like deamons, undead and greenskin but maybe one faction every 2 years…
i hope so.

Well the faction that would work well (if we are still talking about Fantasy) would need a lot of worthless enemy, special and Monstrous creature:

Don’t they that she doesn’t look awesome

I am hyped for any new enemy not only for the looks and gameplay function, but just to appreciate what they will sound like, beastmen patrol and minotaur has one of the most oppressive audio design in this game, whoever makes the sound effect of this game is a f’ing god.