With my team I got to weave 10, and asked if anyone else had their Amulet of Ashur, as I had thought it was changed to appear later, and got confused when levelling up the Athanor and seeing stuff like Concoction appear in the unlocks, even though I didn’t have the amulet. 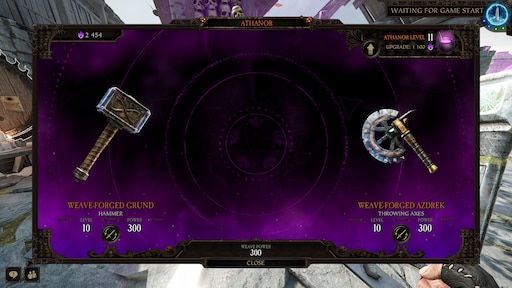 Steam Community :: Screenshot :: There shold be an amulet in the middle of...

Steam Community: Warhammer: Vermintide 2. There shold be an amulet in the middle of here...

After a while talking and ruling out possible reasons for me to not have the amulet we decided to go back to weave 1 with the character I was using for the Omens map, and making sure that I was the one to select the mission. only then did the Amulet finally appear for me. We reckon it was either locked to the Character used to complete the omens map and thus start the Weaves tutorial, or locked behind having to choose a mission myself. Either way it’s awkward and in need of changing.