Currently having alot of fun with mace and sword but its block is kinda annoying. As in you cant see anything with it up. Killed me a few times during kiting due to not seeing the assasin thats pouncing me. Would love a switch in animation so you get a chance to see stuff during block.

Just tilt your shield down on occasion and keep knocking down enemies, use those moments to gain awareness.
There have to be drawbacks to shields or else everyone would be using them.

I am not talking aboud shields though ;).

But the drawback of shields is already there. Low dmg and low mobility. Thats already a huge drawback to not need a constructed drawback like that

Ah my bad, thought you were talking about mace w/s and sword w/s :v

Is it just that it covers the center of the screen rather well? Forgive me, but I’m not sure of a block format where the weapons would both be in front of you and on the screen while also not blocking your central vision. I guess it’s time for me to go fool around with paint.net for a bit

To be perfectly realistic, you wouldn’t hold both your weapons infront of you with a static block if you wanted to parry, you’d be using active parries (swinging your weapon at the opponent’s weapon) because this gives you more power and allows you to better intercept the attack.

I dunno about you, but I’m never going to leave my guard low and active-parry 11 dudes with spears. I’d hold my weapons out in front of me to just guide the force of the blow away from me, that way I don’t need any power at all. Less effort output per enemy swing and it makes it considerably harder for the opponent to recover as the force of their weapon is still moving past me.

At least that’s what I’d do when I was brawling with the other knight-bois on the field!

If you were able to ward against 11 guys with spears, then they must’ve been pretty poor spearmen. A single skilled spearman can keep several swordsmen at bay, so I’m interested to know what in the world those 11 spearmen were doing.

It’s true, a good spear should keep 1 sword at bay, but 2 sword-wielders makes 1 spear a foolish weapon (assuming we are talking about a long-spear of some kind and not a down-spear or pollaxe, but then 1 sword matches them, I’d think), not counting on armor being worn. Just walk around him and he’s doomed!

Needless to say, it’s a moot point either way as Kruber doesn’t do that in animation and, when defending against a horde, he has a static block. Therein, I’ll probably experiment with that! Huzzah for free image manipulation software!

It’s true, a good spear should keep 1 sword at bay, but 2 sword-wielders makes 1 spear a foolish weapon (assuming we are talking about a long-spear of some kind and not a down-spear or pollaxe, but then 1 sword matches them, I’d think), not counting on armor being worn. Just walk around him and he’s doomed!

Let me just reiterate; a good spearman can hold multiple swordsmen at bay because it’s a longer weapon with next to zero wind-up. All you need is a push and a pull motion, and by striking with it (swing motion) it breaks a passive guard, but is defeated by an active guard.

A spearman that gets surrounded by 2 swordsmen is a bad spearman, because the way to win is to just keep stabbing, keep them busy and they won’t have time to attack because they simply cannot reach you, while you can just stab away.
There are very good reasons why the spear was the most used weapon with the highest kill-ratio in historical times.

Here’s a good video by Skallagrim if you’re interested: 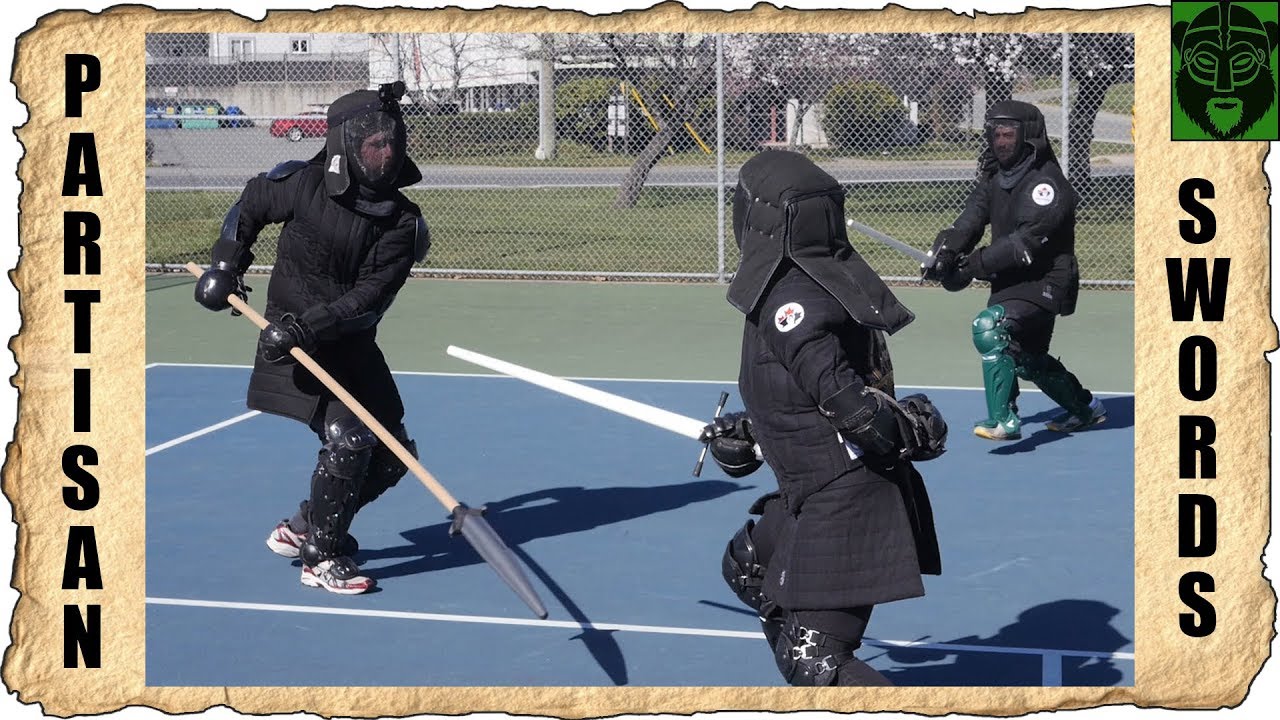 Against a CW’s great-axe, though… I’d prefer a castle wall. There’s no reasonable way to block that thing unless you’re one of the uber-doober 5

No, you’re right. You don’t block it, you active parry it- leading the axe away from you and letting gravity do the job.

Just shift the weapons down a bid so they arent in center of screen.