Liking the changes so far

I haven’t played a whole lot yet, unlocked the new weapons and played a handful of legend games, but haven’t touched weaves as of yet. Of the classes I’ve played so far I am quite happy with the talent changes. I haven’t noticed a difference in the dodge or stagger mechanics. Although, I have never been overly concerned about breakpoints so stagger isn’t an issue, I just hit things till they die. I’m not completely clear on the new stagger talents (do the damage buffs apply to the hit that caused the stagger or only subsequent hits on staggered enemies?), so I usually just go with increased power.

I like the beastmen. They are a good deal stronger, but there are fewer of them in hordes. The archers add excellent pressure to either deal with them or constantly dodge them while fighting other things. The chargers are great for breaking formations, but give ample warning before the charge and are easy to trip with a ranged attack or dodge if you are paying attention. I wish banner beasts were a bit more distinguished so that I could tell them apart more easily (maybe a splash of color on their armor or something). I have only fought the minotaur once so far, so don’t have much of an opinion on him yet.

Overall, legend feels slightly harder (most likely because all my characters are still only level 30). The hordes seem somewhat more intense, specials seem to spawn a bit more often, and specials seem to spawn in areas where they didn’t used to. If I don’t have friends to play with then I just play with bots (because who likes randos? :P). Pre 2.0 I would win %90 of my full book legend bot runs. Post 2.0 however, I still win most of the time but bots only survive about %10 of the time. Bots seem extra stupid :(. Before, it was normal for idiot bots to run 10 miles away to chase a special, but now they wander off a lot even when there are no specials. They rather enjoy walking into the middle of hordes one at a time to go die. I used to be able to run with most any bots, but now only the tankiest ones stand a chance. There have been quite a few times that one or more bots have gotten stuck and never teleported to me no matter how far ahead I went.

I haven’t been able to beat the new Dark Omens map with bots on legend (champion is a breeze). I do just fine up until a banner is dropped in a horde. Death is pretty much a guarantee once that happens. I can usually handle beastmen hordes with banners easily enough in other maps as long as I have sufficient room to maneuver. Maybe I am wrong, but it didn’t seem like I could break banners with ranged attacks. If so, I think you should be able to destroy them with range even if they are quite durable. It was impossible for me to cut through the beefed up beasts to break the banner in narrow pathways. With no way to maneuver or retreat they would just eat though our stamina and destroy us.

I will dip into weaves sooner or later, but honestly I’m not thrilled about grinding E-peen points every season. I would really enjoy more maps and cosmetics. I am super excited about the eventual versus mode. It will add unlimited replayability for me, and I am happy that coop and versus balancing will be seperated. In L4D1 I strictly played coop because I’m not all that competitive and didn’t have much desire for PvP. However, when L4D2 came along I decided to dip my toes into the versus mode and was blown away at how fun it was. Played the rest of my 2000+ hours almost exclusively in versus mode.

Probably lots of examples, but 23:15 is a good example of a lone bot wandering off for no apparent reason. I chased after her to make sure she didn’t go off and die by herself XD. 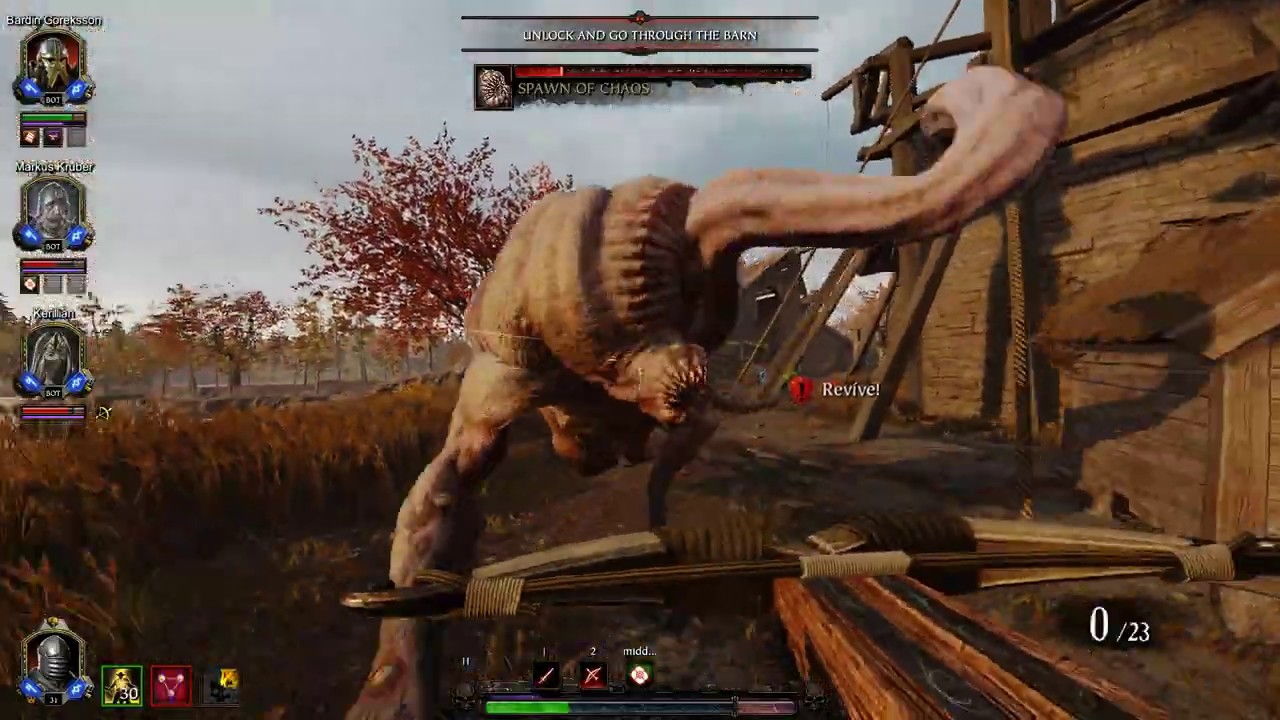