Something I want to suggest is to make killing a patrol drop 1-2 loot die (like 1 on every level except Cata and 2 on Cata) as to give an incentive to test yourself with taking on patrols rather than always try to avoid them.

But that’s not the same thing.

Giving loot on patrol kills would send a wrong message, if you wanna aggro it, you do you. Defeating a patrol isn’t really that difficult depending on your comp, it’s just that it wastes resources, which you might need later in the run.

I’m with Mattie. Is fighting patrols a risk (sometimes, often not even on Cataclysm)? Maybe. But it shouldn’t be rewarded. I really can do without a Zealot or Slayer jumping into a patrol: “For the loot dice.”

How about every enemy has a VERY small chance to drop a loot dice? And stronger the enemy, higher the drop chance.

What’s the point of taking books then?
If you are likely to end up with 20+ dice at the end of the run, without even using TwitchMode.

EDITED: Ops, this post wasn’t direct at me. Sorry.

Well if you’re a man of high moral fiber you’ll aggro patrols the moment you see them and no matter what situation you’re in, so it doesn’t really matter if there’s an incentive since you’ll do it anyways.

From one side, when you are playing with your team, it would be cool: “let’s kill those guys and get a better reward”.

From the other side, it’s very very risky for QP runs… since, someone NOT ready to deal with them, could attack just for greed.

Then let them drop a loot die if you avoid them 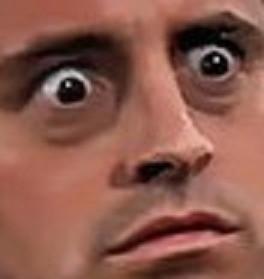 Can’t disagree with this one lol

About the drop chance:

I like this idea. I am a big fan of using as little RNG as possible and emphasizing skill when giving out rewards. I don’t see why patrols can’t be seen as monster encounters but with the additional element of choice whether to engage or not. No different than tomes and grims. 1 dice in legend and 2 in cata or something along those lines. In the weaker difficulties they can drop a health potion or ammo.

I don’t know how it can be implemented. A loot die could directly be given to the group with its sound cue when the patrol has despawned.

Something like that. I initially thought once the group passed a certain threshold without triggering a patrol, a loot die would spawn there, but it might still get aggro’d if it’s one that loops around. This would probably require them to set a trigger location for every patrol path so maybe your idea works better.

The easiest way that it can be implemented is to just add a loot rat to the center of a patrol. You might get a loot die or you might not but at least that increases the chance. Or maybe just set it so that loot rats in patrols have a higher chance of dropping dice since they don’t always drop them. The more I think of it the funnier it looks, everyone trying to kill a loot rat while a bunch of armored beasts chase you down. Like trying to catch a pig dripping with baby oil while grenades explode around you… LOL!