Issue Summary:
This 1.2.0.3 patch swapped the zoom times for the longbows of huntsman and elf ie Huntsmans instant-zooms and elf is delayed. 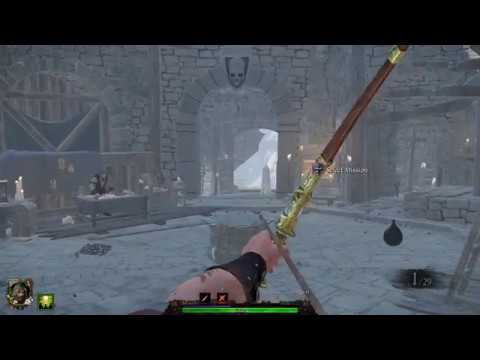 Tested both with mods enabled and disabled, in case of any conflicts.

So the elf’s bow is back to normal, but Huntsman’s bow is still broken. Is this going to get fixed soon? Not only is this very disorienting (since Huntsman’s bow doesn’t stay zoomed in between shots like Kerillians, so it’s just constantly zooming in and out repeatedly), but Huntsman seems to have a significant nerf to his spread while moving and aiming as a result of this bug.

I just wanted to second the accuracy issues with Huntsman’s bow - I used to use his decaying motion while aiming to line up shots. Say, I would hold A/Left and aim to move a few feet around a pillar and shoot, having a sense of how many feet I’d walk and how soon I’d be able to shoot. It was a very good synergy with satisfying timing.

However in the new update, holding down a movement button drastically reduces your accuracy, even when you cannot move because of the movement decay in the bow! It’s easy to test and while your movement is the same either way (e.g., using the bow to stop you from moving versus letting go of a key to stop you from moving), the accuracy in the first case is way worse for some reason.

EDIT:
As well, if you get hit while charging a shot with either bow you get stuck with the bow out and cannot shoot or aim unless you swap to melee and back. It’s really frustrating since it tends to happen when you’re getting swarmed resulting in you going down because your expected ranged attacks never perform.