Yesterday I noticed that most of the time, when going stealth with passive, enemies don’t turn and run to your teammates, nor do they just stand still facing the direction you stealthed from. They just keep staring at you while you are in stealth, making it impossible to get a juicy backstab. I’ve recorded a video example: 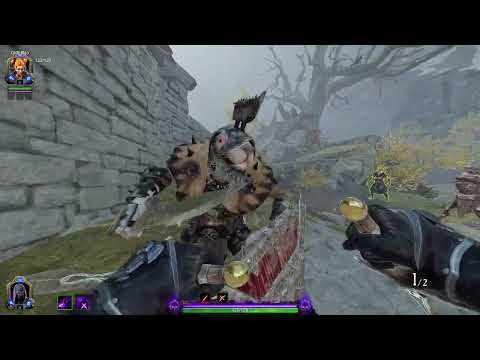 I have neuter ult effects mod, but you can see the passive icon popping in the buff bar.
I don’t know why at the start he runs away and every other time he didn’t. It’s in the modded realm but I experienced the problem in a normal match in the public realm.

Yeah, being in stealth mode means nothing 50% of the time in the patch. I’ve had SV’s and CWs- those 1 hit kills on elf- ice skating around, fixed target on shade. Watched Berzerkers in the air make a right angle and attack ye too. Had a Roger 180 and kill me whilst aiming a backstab yesterday- broke fighting with Kruber to do a reverse target slam whilst invisible. Mixed with the bug that’s making block and reloading javelins all screwy, it’s really hurting shade to play.

Can confirm that I’ve experienced some odd behaviour with stealth mechanics that are career based. Not sure if it affects thr chaos wastes potion and boons that have invisibility effects. Might test.

Just to add a few things I found myself and hear others talk about as well:

(more about this topic in this thread: Shade Cloak of Pain Double Infiltrate Bug)

These Bugs make playing any invis career and especially Shade as everything she does evolves around the invisibillity mechanic almost impossible.

Fixing this should be of very high priority.

Imho Shimmer Strike is good as it is because its more skill based. Shade got overall a very skillbased char since the changes. I like that.

The bugged stealth mechanic (enemies dont loose aggro and looking at you…) should be fixed as fast as possible.

Related or same bug as:

Occasionally when entering stealth, enemies will not drop aggro from the player.