Is there a GOOD reson to come back to vermintide

Forum I dropped Vermintide about a year ago. Is there a reason to come back and check out new dlcs?

…or maybe it’s not worth it?

Combat seems better than it has ever been (still not perfect, some bugs, 2 classes are sorta weak, rest are great), we’re getting a 3-map pack for free (they’re releasing 1 at a time, so far we have 1 and it’s one of the best maps they’ve ever made. Second one will come out this month), and we can finally work towards getting the cosmetics we want and it’s not a crappy RNG grind, thanks to Lohner’s Emporium.

Overall, content and playerbase opinion of the game are rising and looking good.

Move along, stranger, nothing to see here

Yes. Core gameplay is as good, if not better, than it has ever been (as @KaelusVonSestiaf mentioned) and the weapon sets are bolstered by the new weapons from Winds of Magic. I’ve really loved 2.0 and the addition of stagger damage which has made the shielded and heavy weapon kits far more viable than their terrible pre-2.0 state (though I do wish stagger was more important than it is now, but life goes on). Most importantly: it just feels good to play. I can’t encourage people enough to step back into the fold of rat-stabbing.

It’s about your mindset.

Firstly, the major c+ck-ups of WoM have largely been addressed and with the Emporium launching there’s some hope for the future. There has been two weeks of dev updates now, and with the seasons/updates/patches all syncing a little it feels like someone somewhere has actually got a grip on things.

Combat is still good, and although people moan about RV a lot and HS being weaker, I have fun in Legend with Ranger Vet and 2h axe with attack speed on it + shotgun. Still not a crutch like playing elf, but quite good fun and viable.

My current beef is that I seem to be crashing, hanging, having connection problems and sometimes even having five players try and be part of my game, but on the whole it’s turned a corner.

It is like an oil tanker turning a corner though as it’ll take some time before it’s cruising back in the right direction.

I’m a jaded and cynical old git, after the recent events of FS basically telling the community to Get f@cked as they just need to “weather the storm”… but there is a glimmer of hope that something might be getting better. IF the dev updates, some more little weapon balance tweaks and continuing season/map releases continue then it might be heading upwards.

“Hope is the first step on the road to disappointment”.

and we can finally work towards getting the cosmetics we want and it’s not a crappy RNG grind, thanks to Lohner’s Emporium.

Buhahaha u mean this sh!ty shop with cosmetics that already ppl mostly have? LOL Yes and RNG is changed for grind yeah. Plz make me laugh more.

I think we’ve all talked about RNG and how horrific the hat drop rates are and, if we went into the numbers for how likely a hat is to drop compared to, I don’t know, the drop rate of that one red cosmetic you don’t have… they’d be somewhat similar (terribly low % chance, that is).

Someone would have had to play 100s of hours or be extremely lucky to get all of those hats which takes me to my next point:

If you can’t put in a ton of time, the shilling cosmetics make it so that you’re now being guaranteed a reward for playing a couple games per week. Those folks who only have time for 1-2 games every other day are now guaranteed to get the cosmetic they want in a total of 10-15 hours of gameplay as opposed to the 100s they might’ve played otherwise to get it.

So which would you prefer? Effectively a guaranteed, regular drop-rate for cosmetic items you may or may not have or an absolute crap-shoot? The former seems waaaaayyyy better to me!

Sorry, there is no way most people have those cosmetics because they were not obtainable in the official realm. This is not a valid argument.

Plus, I’ve completed every weekly and daily quest since the shilling launch and I still am nowhere near having all the cosmetics in the shop.

The new Talents should keep you interested for quite a while. Some new Weapons and maps.

Buhahaha u mean this sh!ty shop with cosmetics that already ppl mostly have? LOL Yes and RNG is changed for grind yeah. Plz make me laugh more.

That is wrong on so many levels that I am not sure what you are laughing about. The drop rate for hats in the commendation chest is about 5 %. This means that you need in average 20 commendation chests to get ONE hat cosmetic for the character you open the chest with (character, not even class, so close to completely random). 20 commendation chests relate to about 30-40 hours of playtime for one semi-random hat.
Now, by doing weekly quests where you can get 200-400 Shillings per week, you need at best two weeks of questing to get a cosmetic. The most time consuming and annoying quest currently is the 10 quickplays (like seriously, I would so prefer a 30 arts quest over this) which takes about 5 Hours, add the wekly Event and bad luck we are at 10 hours in a nuclear disaster kind worse case. So in total this would be about 20 Hours max.

In conclusion: Not only did we completely get rid of rng for the hat cosmetics, we also have REDUCED the grind.

Also on sidenote: This month more hat cosmetics will be added which have not been available on the official realm so far. There are already a few in the store which are not in the commendation chests and also some armor recolours.

Yes and RNG is changed for grind yeah

Which is exactly what people asked for. A way to work towards specific cosmetics without having to rely on rng. And it’s not much of a grind really, just play the game and you will get the hats you actually want faster than before.

Sure, the current selection is a bit… underwhelming, for people who have already put a lot of time into the game. But as @Adelion said, there are more hats coming later this month. I don’t have a link to include here as I believe the VOD is no longer available, but if I recall correctly FS said they will not stop making new stuff for the Emporium.

So I’d say the future is looking bright as summer!

There are as many reasons to come back to Vermintide as this picture has room for shield bashes from a Dawi. 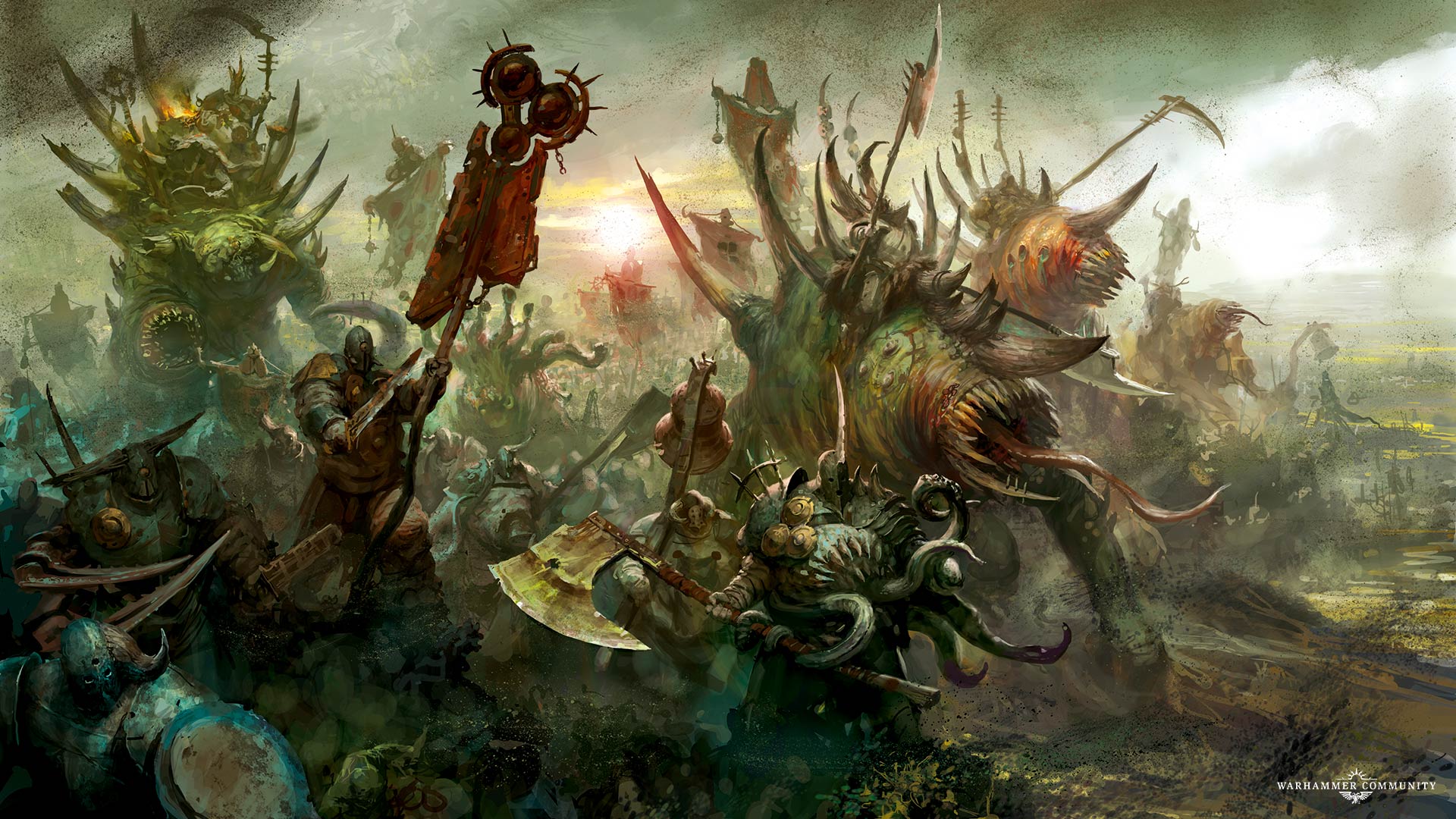 If a current update has left the game unfun, take a break and come back later. But neither Clan Fester nor the Rotbloods will get their fair treatment if no Drengbarazi are around to deliver it.

Yet if you’ve put thousands of hours into the game you probably love the core gameplay so don’t give up what you love for a temporary burnout.