Rasknitt was down to 3-5% health when I used my shade ult to heavy stab him in the face with the elf 2h sword. I’m not sure how much damage this does, but evidently it was a LOT because he instantly went into the float-and-splode animation. 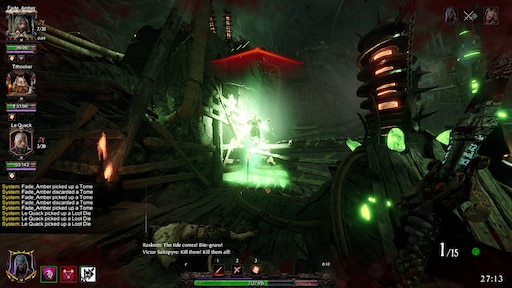 There may be something janky going on because in a previous game a similar thing happened. Instead of dying instantly both the teleport and death animations didn’t play at all, he just disappeared.

It happened again, this time in the opposite corner of the arena. Coincidentally the shade in my party got the killing blow, that may be related to the bug. 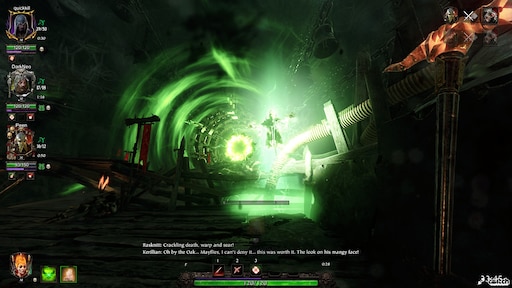 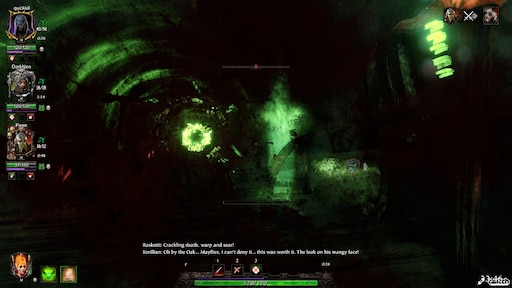