My game has had a ton of issues including an aggressive stutter every few seconds, fps randomly getting cut in half after restarting the game, extreme lag and fps drops when trying to use a mouse for movement, etc. And all of these were fixed when I disabled the Geforce Overlay.

The problem is the issues caused by the overlay aren’t even consistent.
Sometimes the game works great (rarely while the overlay was enabled).
Sometimes you get the very aggressive stutter.
Sometimes you get extreme rubber banding with your character.
Sometimes your fps will literally be cut in half, BUT when you de-focus the game (open windows start menu or browse file explorer in other window) fps will partially go back up, which is the exact opposite of how most games are supposed to work on Windows.
Sometimes the game will be fine while stationary or using controller, but god forbid you try to use a mouse to move the camera, you will get the most aggressive input lag and game freezes I have seen in a long time.

And these issues won’t always be present after first starting the game, sometimes they will only start happening after a mission or 2, or even worse randomly in the middle of one.

ALL of these issues were completely eliminated by disabling the geforce overlay.
After turning it off, I restarted the game AND my computer several times to make sure it wasn’t something else, but the issues never came back.
As soon as I turned geforce overlay back on, exact same issues started randomly happening again.

That’s not to say the game’s performance is now perfect, its still generally unoptimized and I get the expected frame dips when they are is alot happening on screen (NOT stutter, just fps decreasing), but its the normal kind that happens in any demanding/unoptimized game with cranked up graphics settings, not the kind happening from obvious bugs or software conflicts as mentioned above.

I tested several other programs/settings to see if there were any other causes, none of which helped:

For reference, I have an RTX 3090, Ryzen 5900X, 32gb RAM, 980 Pro SSD, X570 Mobo, Windows 11. I am very meticulous about my system’s health and regularly update drivers/bios (only from their official sources, NEVER with a third party “driver updater/booster” program) and run a multitude of in-built windows error scans.
Don’t have issues like this on any other game on my system, all run buttery smooth. I’ve got about 20 installed right now. 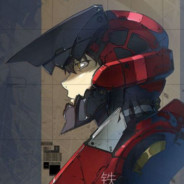 I’ve been far less thorough than you, but it does seem like this helped me.

I’ve definitely also seen other games where GeForce Overlay is the culprit in various bad behavior.

hmm im on a 3080/5600x and have a lot of stutters from frame drops and have pretty much everything off. I even saw someone with a high end tier system that dropped to 40 at times lol. There’s definitely issues with 3000 series and maybe AMD too.