rampart needs to go away or have changes and I’m not the only one who wants it to be nerfed alongside other brands.
Maps that are marked with a red aura are always spam, it doesn’t take 5 seconds and the game launches horde after horde it even seems to launch patrols of elites and specials and the video here shows almost a horde of armored elites, and worse because the monster is a minotaur and there were beastmen flags that covered the entire area and later another 2 or 3 patrols arrive and give the minotaur more resistance and the map had the effect of “some cursed enemies improves the others” but yes there is more than one cursed enemy ends up accumulating more and more its effect to the point that they resist critical blows to the head to the point that the game sparks enemies and worsens because several times there is nothing in front and when turning around suddenly there are enemies behind .
Why am I standing and dead? Well, the effect of being the last man standing but I was already on the ground, they lifted me but I was immobile, I don’t know but it shows that fatshark have a good quality control to the point that past mistakes come back again and again 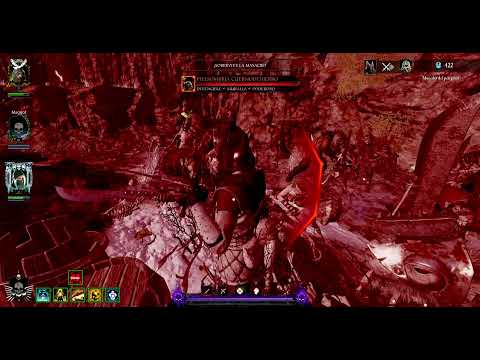 Why am I standing and dead? Well, the effect of being the last man standing but I was already on the ground, they lifted me but I was immobile,

This seems to be the same bug I reported back in May 2021:

Battle Wizard Sienna got downed, unable to die. Once revived, unable to move and still can't be killed by enemies Vermintide 2 - Bugs

In a Chaos Wastes Legend Citadel Expedition, as a client, I was playing as Battle Wizard Sienna. I got downed but am unable to die even if enemies hitting me brought my health down to zero (my health regenerates even if downed to zero). When I got revived, I was stuck, unable to move, still unable to die and my health still regens. My miracles and boons at that point (I emphasized those that I think might have caused the bug): Miracle of Shallya, Morr’s Protection, Kaboom!, Valaya’s Brew, Shal…