Driver crash after closing the Darktide

If I close Darktide by using the menu to quit, if it crashes to desktop, or if I alt-F4, or end task from the control panel. I will have anywhere from 10 seconds to a minute before my screens freeze and become unresponsive. Windows is still running fine in the background as I can play sounds or Win-X, U, R to restart my computer. Once my computer restarts, windows has overwritten my driver and I have to reinstall the AMD driver. I have tried to replicate this with several other games that I own but I am not able to.

I was hoping that the latest patch would help, but it has not. Any ideas or help would be greatly appreciated. 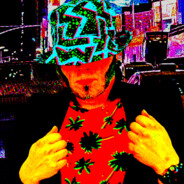 Approx. Time of Issue & Timezone:
Started Saturday November 19th after update of driver. Did not have an issue playing on the 17th or 18th.

This is from control panel end task.

This is a localised issue and I’d rather be honest in that we may not be able to help with this, but I’ve raised it with our developers nonetheless.

It appears that this has resolved itself after the full release patch. Unfortunately I was unable to find out on my end what was the cause. There definitely was something within the beta client that was causing this though.