I haven’t used drakegun much since before the WoM patch but it doesn’t “feel” quite right. Sometimes you shoot it and it doesn’t have any effect, or the damage is much lower than it should be. I already reported the “ghost hits” I was getting with the single shot burst attack in another thread but I think I found another problem with the charged attack.

The first image shows me using the charged attack on some cata stormvermin I spawned with a mod. The damage done is displayed as 2-1, but it barely scratches them so the damage done is probably less than 1 and the mod is rounding it up for display purposes. This damage is far too low, lower than what I get when testing my weapon on the armoured target dummy. Another bug is that I have barrage on this drakegun and it is not triggering my trait when I hit the stormvermin at this distance.

The second picture shows me attacking again, but this time I backed up a few feet so that the SV were no longer point blank in front of me. This time barrage kicks in and I start doing 5 damage a tick which quickly burns down the stormvermin and kills them, which is quite a difference compared to the first test. 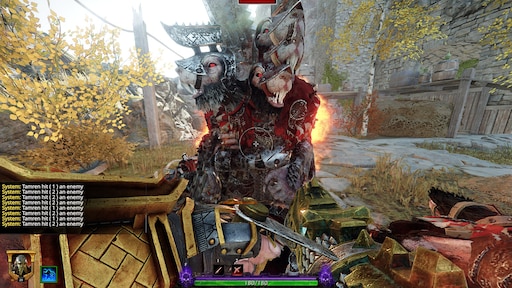 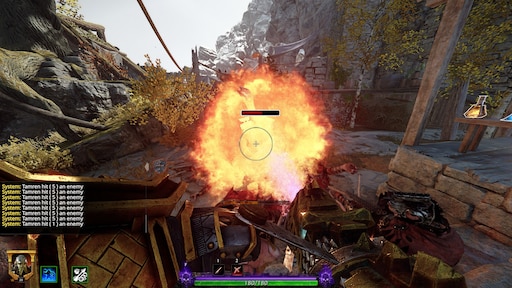