Welcome to a relatively short Developer Update. We’ve been busy putting the Community Event live this week, where you’ve been tasked to slay 500,000,000 pactsworn over roughly 14 days. It’s a fairly big ask and so far you’re a little bit behind the curve! Step it up or else we’re just going to throw away a pretty cool portrait frame.

We put a great deal of science into coming up with the perfect number. Then with minutes to spare, we extended the event by four days and just picked a new, higher number that sounds about right. So honestly, this is on you guys now to sort out, ok?

There are also some rules we didn’t fully explain in some of our earlier messages around this event!

We just enabled the counter on the in-game loading screens for easy access, that updates less frequently than the website (https://www.vermintide.com/counter) but every five minutes or so!

That’s all for the event bits. Lastly this week we just want to showcase some of the cool stuff found in the community! Sadly most of it was pretty risque or a little too ‘cross-universe’, but then there was this, and we (and many) have just fallen in love. 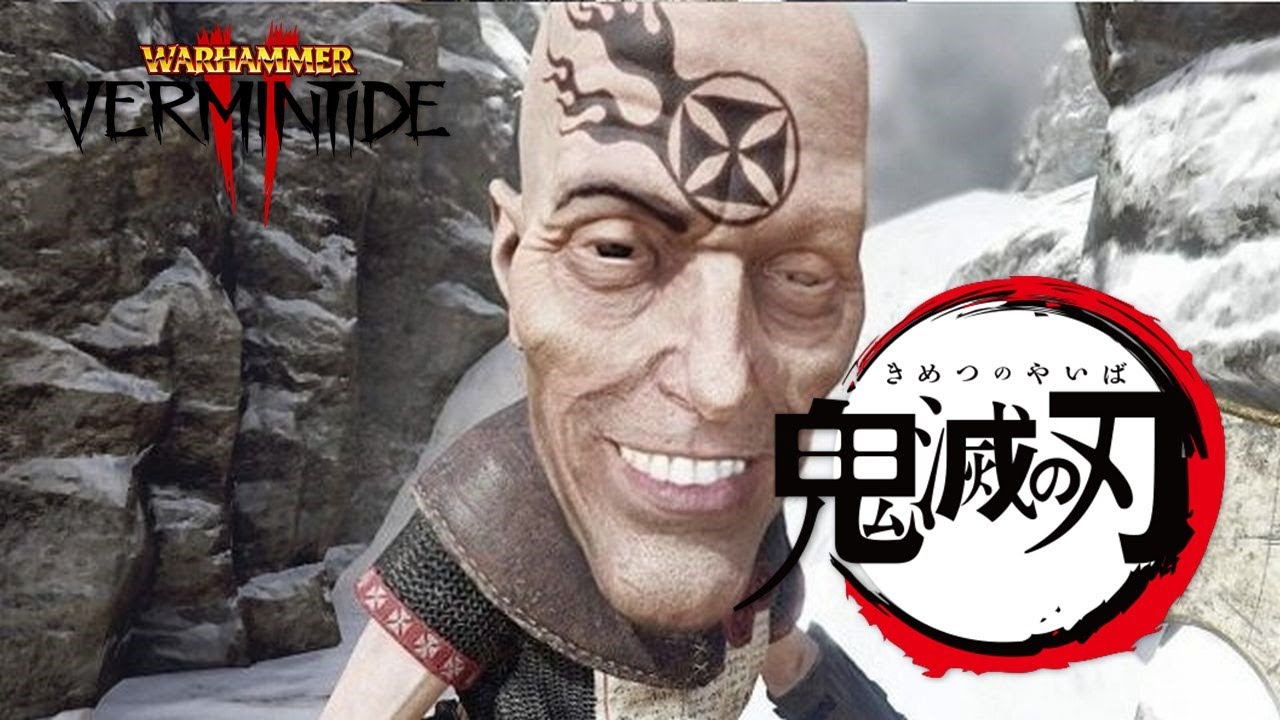 You can catch him streaming now, it’s good vibes all round!

Now get killing pactsworn! Have a great weekend. Stay home, and stay safe.

Only Wins count ! That’s right, we don’t give boxes to losers, and we don’t count their kills either, at least not for this event. Git gud.

For real? I hope it’s a joke, because I feel we’ve heard enough trash-talking around WoM (dominate the competition…)
This is a co-op game

I honestly don’t understand what the issue is.
Why award loosing a map? Winning a map should be motivated.

And “Git Gud” is I think a common phrase usually made by the Dark Souls Developers to players who think their game is too hard.
Became essentially a meme.

I meant no offence, I thought I would have fun with the developer post in the forums and lighten it up a bit

But it’s true, we’re not counting wins. The kills are recorded along side the obtaining of loot.

Nice event, great portrait and I agree: only victories should count… BUT, since we are talking about new portraits, when can we have Cataclysm Final Events’ Challenges one?

Heroes! Well. We set a bar we genuinely knew would be tough. 100,000,000 dead Skaven was really a huge ask. Voices cried out "but this is impossible! It just doesn't add up!". They said it couldn't be done. They doubted you. At about 9pm (Swedentime)...

This was the reward for the “same” event in V1…
No more words needed.

Thanks, Hedge, for keeping us posted with this wonderful udpate. If only you would udpate us more often… it’s just so good to get udpates from you!

Joking aside, I’m super excited to do my part

this is going to be a blast! Can’t wait to git gud and slay some rats on behalf of all community members! Plus, it’s a Friday, so I can become a Steam-Engine and carry Queen Kerillian into battle beside the one-man shield-wall!

What? I think I need more words, I don’t know why you posted this or what it means. Halp.

What? I think I need more words, I don’t know why you posted this or what it means. Halp.

It is just him oozing bitterness because the event in Vermintide 1 gave 5 hats and here we get “only” a frame. Some people need to complain to get off. Just ignore it.

I’ll be looking forward for that frame while playing some frostpunk and watching movies and letting everybody else do the work. Unless I’m missing something here there is no real incentive for me to actually do something is there as I’ll get the reward anyways.

there is no real incentive for me to actually do something

Pft… heretic. You don’t even deserve the frame! Safeguarding the Empire and purging heresy is all the incentive one should need!

My point exactly. I don’t deserve it just like other don’t!
But as my bow kill counter on huntsman is up some 25.000 since the event started I am ofc doing my part. I do feel like the frame should be giving to those actually participating and there should be a limit that each player needs to reach to get the frame.

How? The event is not even running for two days. This means you would have killed about 12500 enemies per day. Assuming you need to sleep and take care of yourself (and maybe also work to do) you would have to kill about 1000 enemies per hour which IS possible with two Legend games or higher. However, you would have to have a failure quoa of 0 % and doing it straight for 12! hours. I have some doubts about these numbers.

Other than that. This is a community event. The idea is that the players with more time and better kill ratios cover the weaker part of the community. Giving each player a minimum-to-kill-count would ruin this as the event is … you know … about unity.

These are maybe 45 minute gamesand granted not all runs have high amounts of hordes but with some 12 hours gaming a day it’s not that hard to archive large number of kills. The world is in quarantine remember. Can’t leave the apartment.

Yeah I get that but as you can see it took all but 5 minutes before the first reply on how I didn’t deserve it popped up. As you say it’s a community event and that entails exactly that - the community and as I showed in my first reply I was not part of said community but wanted the reward all the same which is why Fountain replied like he did.

but with some 12 hours gaming a day

Well, which covers my math. I don’t think I could do this 12 hours a day even though I already game a lot.

As you say it’s a community event and that entails exactly that - the community and as I showed in my first reply I was not part of said community but wanted the reward all the same which is why Fountain replied like he did.

I assumed with the “safeguarding the Empire” and “purging heresy” it was obviously a joke. I don’t actually care if people who don’t participate get the frame.
I’ll include a disclaimer next time.

To be fair I don’t play V2 exclusively but I do put in maybe 75% of the time on v2. Normally though I get to play maybe a few hours a day. I’m a pro athlete so i’m spending some 25-30 hours a week on just training alone. Then comes along everything else like washing clothes, making and eating food etc. Now that I actually have the time I’m going all in <3

No need for a disclaimer, your post was easily understandable but that doesn’t make my point less true. At least for me. If you don’t agree that’s fine I don’t care. I made a point of how I feel about it. Wasn’t trying to get a following or a hate choir.

“Did you kill any of them Kruber?”

“I thought I saw one…limp away…”

Can I haz frame?

As the counter was broken at about 7am UK time it said -499 278 943 and I thought ‘Wow! We been doing so good the made it tougher! It’s a negative number now! 1 Billion kills should show that Upstart Archaon dude who’s boss!’

I’m happy if people who just log in once get it, I’m happy there’s a community thing going on and I’d be even more pleased if we had something like Tzeentch Twins + Send in the next wave of SV if we’re lagging behind a bit @Fatshark_Hedge