I’m just out to see what other people are doing with this class.

I’ve moved to a crit based build I’ve got 5% crit on every item that will carry it.
Primary weapon: Dual sword, using “Resourceful Combatant” to get fast ult cooldown.
I’d like to use daggers, but unless the party is just right this does not seem to work that well, and the swords seem to generate more “Resourceful Combatant” proc’s (not sure if this is true)
Glaive seems sub par to be honest, it just does not hit enough enemies to lower the Infiltrate cooldown,
Spear, I’ve not used this with the Shade yet, feels more like a Handmaiden weapon though.
Sword and dagger, I’ve not gone back to this since starting a crit based build, but unsure that it offeres any advantages over dual swords.
I’ve not used the 1 handed sword or 2 handed sword at all yet.

People seem to freak out that I’m not using a Glaive but to be honest it now seems subpar to me, this could be a verm 1 Cata hangover on my part I guess, S&D seemed a better option to me.

I’ve moved to the repeating crossbow, because I found a red one, I’ve not put much thought into it’s traits yet, (any suggestions would be welcome) but I suspect that the long bow might be a better choice?

My talent tree is still up being worked out, current preferences are:
LVL 5: Shadow step
LVL10: Hekartir’s Bounty (I’m not really sure how much damage this is buying me though)
LVL 15: Ereth Khial’s Herald, (extra damage), considering moving to one of the others just not sure 5% move or extra damage to disabling enemies are actually useful.
LVL 20: Khaine’s Thirst, (health on kill), considering trying Weavebound, with my current crit build though.
LVL 25: Shadesprint, (reduced infiltrate cooldown) I’ve used Shadowhunter in the past and loved it, but… I love spamming infiltrate.

Anyone doing anything differently? Any suggestions with the reasoning behind them would be great.

I would wait and see what tomorrow’s patch will bring regarding weapon changes. We don’t know if the dual weapon nerfs will persist for example.

In terms of weapons It’s better to wait til 1.0.8 goes live, it can be way different from current beta patch, as for now Glaive > all because w/o dmg cap it just melts bosses and you don’t need to rely on infiltrate to deal with armour.

And few words about tallents, Ereth Khial’s Herald is bugged in beta path, it can be fixed at live, who knows, but now it’s useless. I also didn’t found Mistress of Sacrifice usefull enough, but it’s up to you, personally I prefer Bloodfletcher. IMO Shadowhunter is better then Shadespirit, but it depends on your playstyle, I like the ability to snipe 1-2 distant specials during ult and disengage, but it’s more about playstyle and weapon you play with.

First, I suggest you look at this. This table shows stealth damage of all the weapons. Though it might contain some inaccuracies. For example dual swords and dual daggers somehow manage to oneshot CW, which has 120 HP, though their ult damage is 64. I think the difference comes from the fact, that the table is based on dummy damage, and some things work wrong on them, but there is nothing you can do about that and these are the best numbers you can get. Btw aside from SnS everything seems to be more or less accurate.

Now for weapons.
Glaive is worse on Shade than on other careers, because it does not synergize that well with both shades’ active and Resourceful Combatant. With active you can’t oneshot CWs, your hit is very slow, and it’s very easy to hit someone else due to large hitbox. And Resourceful Combatant works best on fast weapons. Though in beta Glaive has become top tier thanks to damage cap removal. You can double-shot bosses with it.

Best melee weapons for Shade are SnS, SnD, 2h sword and spear; DnD is also playable and 1h sword is just awful. So SnS, SnD and spear let you build up your ult really quick with Resourceful Combatant and have very good ult damage, 2h sword is little worse at doing that, but it’s just so good at clearing waves. DnD is just not that great overall, compared to SnS and spear, but can also build ult quick. 1h sword stealth damage is awful, ult generation is awful, wave clear is awful and you don’t get much benefit from ult, since it’s already good at dealing with elites.

Also, I should confess I don’t understand all the hype about SnD. I don’t like it at all: it has low damage and attack speed only marginally better than that of SnS, but there is an agreement in the community, that that is the best Shade weapon. So I kinda signed it in, but I don’t agree with it.

Talents.
Ereth Khial’s Herald is bugged, it reduces damage. So take one of the other 2. As for me, I prefer Bloodfletcher, just because I know that it works. Fury of Anth Raema is better than Shadowstep, but that’s a matter of preference. Maybe you like to dodge and stuff - who knows? At 25 some people take Shadowhunter for fun, but Shadespirit is of course the better one.

Also, stealth damage is based on weapon crit multiplier. In theory you can sacrifice 5% AS on melee weapon to turn it into ultimate boss killing tool. Though it will only work with dual wield weapons, else you gonna hit the 255 damage cap. Doing this only makes sense on live btw, cause on beta you better off just take the glaive. And no one knows if damage cap will be in place on next live patch, so this strat might be still viable.

Anyone doing anything differently?

Just a note, some of the values on that table are wrong and I have not updated for the beta. I need to go back and redo the whole thing at some point, probably not until after the next patch though. Note: I am the one who made the table.

Edit: New patch just came out, I’ll probably work on it when I get back from vacation in a couple weeks.

Edit 2: Just took a look at shade after the patch. Thank you fs for making my favorite career worthless. I am now a ranger veteran main. (Not going to bother fixing the spreadsheet now)

Thanks for the info, I’ll look into the suggestions. I hope the “Ereth Khial’s Herald” issue mentioned is fixed.

There seems to be a lot of rage on the forums right now, something about a change to infiltrate so it only affects one target? Guess I’ll find out tonight, people seem to be complaining about not being able to kill chaos warriors from infiltrate with charged attacks, though I’ve seen a 1.08 beta video of a shade killing CW’s from infiltrate with light dagger attacks, so I’m a little confused about this.

I’m wondering if this is a change to make Dual Daggers more desirable? I imagine they are much easier to hit the desired target with. I’m not sure that I’d agree it will achieve that result. I’ll keep an open mind.

I have to finish 5 levels of dwarf and then level Kruber to 30 so I’ve a couple more careers to experience yet.

No doubt, I’ll have to try it again tonight, I was enjoying it, but the legend ult dual sword double chaos warrior kill did seem OP, sounds like it might have gone a long way in the other direction now though…

The patch notes say that the dual sword/dual dagger have better damage armour penetration now, I really need to play the patch before I get an understanding of what has occurred. (To be honest I’ll wait for someone else to do the numbers. I’ll shortly be moving on for a couple of weeks to focus on leveling the last 2 characters. )

That’s a typo. Actually they buffed Sword and Shield and SnD and only 2nd charged attack.

Just played around a bit and I get the venom now.

I’m not really sure what roll the shade is supposed to take on. I can’t think of a roll she can do which is not much better filled by some other class. Er even just one of the other elf classes. I’m no sure what infiltrate is supposed to do now except drop agro, and even then the moment you attack your immediately a target.

What’s really surprising is the patch note read like she’s getting a mild buff, but the reality is a massive nerf with no comment/indication in the patch notes at all. I don’t hold much hope that it’s a mistake nor do I think it’s going to change anytime soon.

I don’t hold much hope that it’s a mistake nor do I think it’s going to change anytime soon.

Yep, the more I play this game and watch upcoming changes the less I understand what’s the purpose of all this shіt. Seems like devs don’t wanna understand how their game works, esp in legend. You have to face hundreds ov armoured threats? No problem, we’ll give you a buch of weapon with low to zero ARP! Why aren’t you satisfied? Well, now we should improve like “move speed while attacking, or slightly buff hs/crit multipliers, just remember, no buffs to ARP!”

Or impliment poorly designed weapon aka DnD that has bad waveclear, bad ARP on heavy attack and 0 ARP on light ones, and dot on light attack, that doesn’t stack and can’t be reliably applied to armoured targets, just great! And when FS finally wrote in patch notes about DnD buff it was just a mere mistake, in fact they posted “Increased the damage on Dual Daggers and Dual Swords heavy stab attacks to 0.25 damage, up from 0.2 and increased their armor penetration to 0.5, up from 0.25.” and what weapons got this buffs? Yep, it was SnD and Kruber’s Sword n Shield

Well the community managers have spoken in this thread “Feedback request thread” and it seems like they’ll be rolling most of the changes to shade back.

Here’s hoping… though god alone knows what they are going to do.

My bet is their change management system is currently exploding, they’ve cost themselves a huge amount of good will in the last 24 hours. Which is not something a developer likes to do. 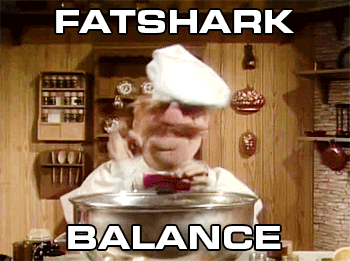 No mention of what this all means for dual swords, the implication is that they will function as before, but I suspect the reality is they will not.

I think the cleave is going to be brought back. Quote from the notes:

This means that Dual Daggers should now be able to kill two Chaos Warriors when lined up correctly, when attacking from stealth.