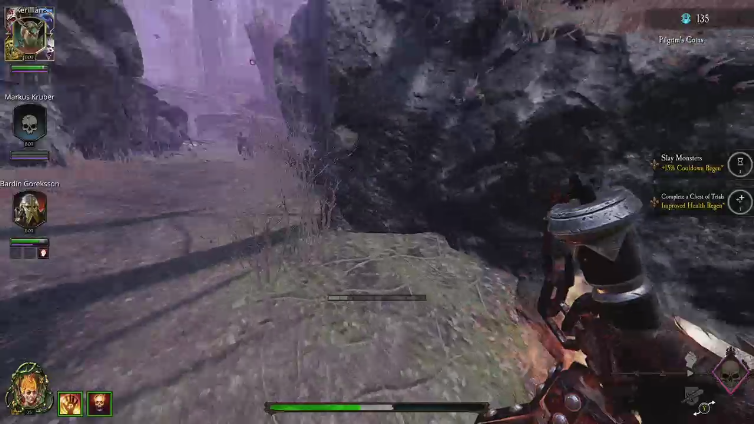 This level is advertised as increased pilgrim coins, increased hordes, bye this point in the level (I am extremely diligent in finding coins and search everywhere) there have been 3 boxes of coins for 135 coins, this includes searching from the beginning to the inevitable drop offs into the cave. That is 1/3 of the level complete. Inside the cave there are zero boxes of coins. As displayed in the next clip as I approach the event entrance. 2/3 of the level completed, zero boons purchased, no upgrades. Inside the event are 4 boxes, and 2 boxes from monsters totalling 400 coins. For the entire level.
HOW IS THIS CONSIDERED EXTRA COINS?
Extra monsters frequently becomes extra specials in reality with endless hordes.
Pit of reflection that begins in Athel Yenlui ending in the troll cave frequently has less than 600 coins on Extra pilgrim coin condition. Running Cata missions with zero boons and bots that cannot upgrade weapons or buy boons is not enjoyable.
There needs to be a reward for your effort. Search level, find coins, kill monsters, find coins, buy cool stuff. Maybe win, maybe not. 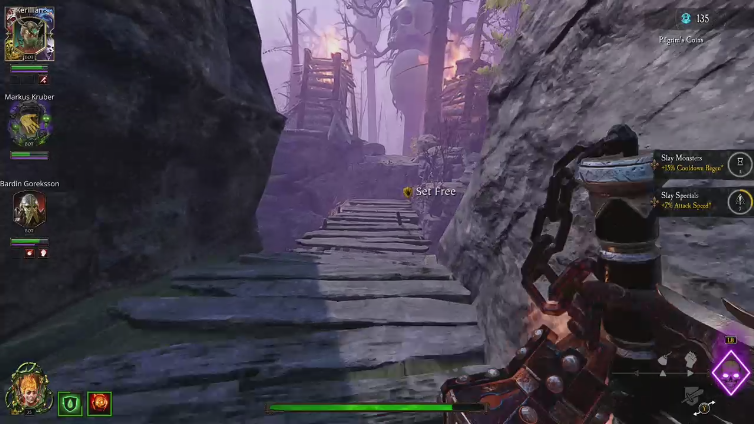 Entrance to even, still only 3 boxes in level. 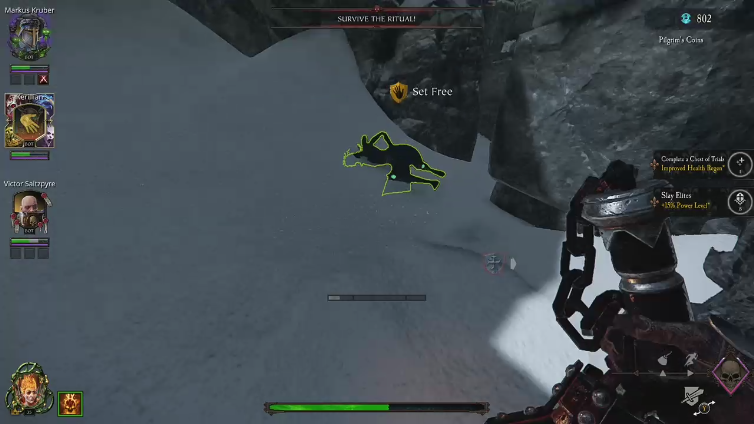 Beastmen with extra specials on pinnacle of nightmare is completely broken.
The entire map zero hordes that were not beastmen, most are the large variety, every 20 seconds there was a new blightstormer casting from some un-seeable spot that only the sister of thorns can actually kill with her bot impossible actions.
The hordes never stop, the bots can not and do not know how to fight beastmen, especially the Minotaur.
Grail knight died 4 times this mission because he refuses to block until he has been hit, and dies the same while fighting monsters.

And to top all of that off the event is completely broken, with at endless amounts of gunners, all shooting from pirtches on cliffs, at least 7 die here and there are at least 5 still shooting while multiple gas rats are active with more specials spawning.
This is unplayable, the same happens with blightstormers in the event.
You literally cannot see where they cast from on purple and green maps as the beams that they shout are invisible in the fog when the cast form great distances.
The tornadoes are not visible on snow.
When there are anywhere from 4-8 invisible tornadoes and invisible, hiding blightstormers the game is utterly hopeless, just the same as when it is countless gunners from all directions.
Or when the game spawns in 8 hookrats or assassins.

Balance the game.
Balance the beastmen, they do not stagger unless you use the heaviest weapons, they are highly cleave resistant, the ambush feature that they appear with in every horde is unbalanced compared to both other classes, the amount of large horde enemies is excessive in ratio.
They are broken with regard to their hit boxes. Which is frantic, misleading and inaccurate. You often swing right through beastmen as host, or hit enemies you should completely miss.
There is more than enough wrong with them that you need to spend time and money to fix, along with this mission.