So i have made this post in dedication it to listing bugs observed with the brand new chaos wastes update, i have so far only played enough to find a few but i will keep listing them as i go.

The tower behind the dummies in Taal’s Horn Keep (the one where Catrinne’s chamber is) has no collision for ranged weapons or bombs.

Should i wonder why you were trying to bomb&shoot Catrinne´s tower…?

Shooting the two dummies standing at the foot of it 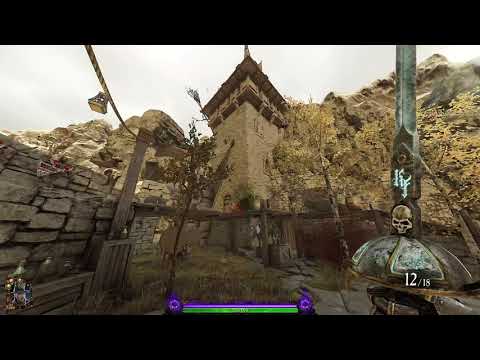 Shades “Cloak of Mist” just doesn’t work now - it was inconsistent before (sometimes in my experience), but now it is bugged as hell - in CW for sure at least! Other crit backstabs seem to mostly work, but for some reason the whole point of the talent and build seems gone atm…