Bots vs Monsters After Patch 4.2

Hi!
It seems that bots got a little worse at dealing with monsters after patch 4.2. I’ve witnessed it in actual game, then made tests in modded realm and spotted some differences in pre and post 4.2 patch version of the game.
FIrst, here are the videos of bots fighting various monsters.
Disclaimer: tests were done in modded realm with use of mods: “Item Spawner”, “Creature Spawner”, “Spawn Tweaks”, “Flight”, difficulty is Legend. There will be footage of 4.2 bots in a sterile modded environment and pre 4.2 action for some cases after it. 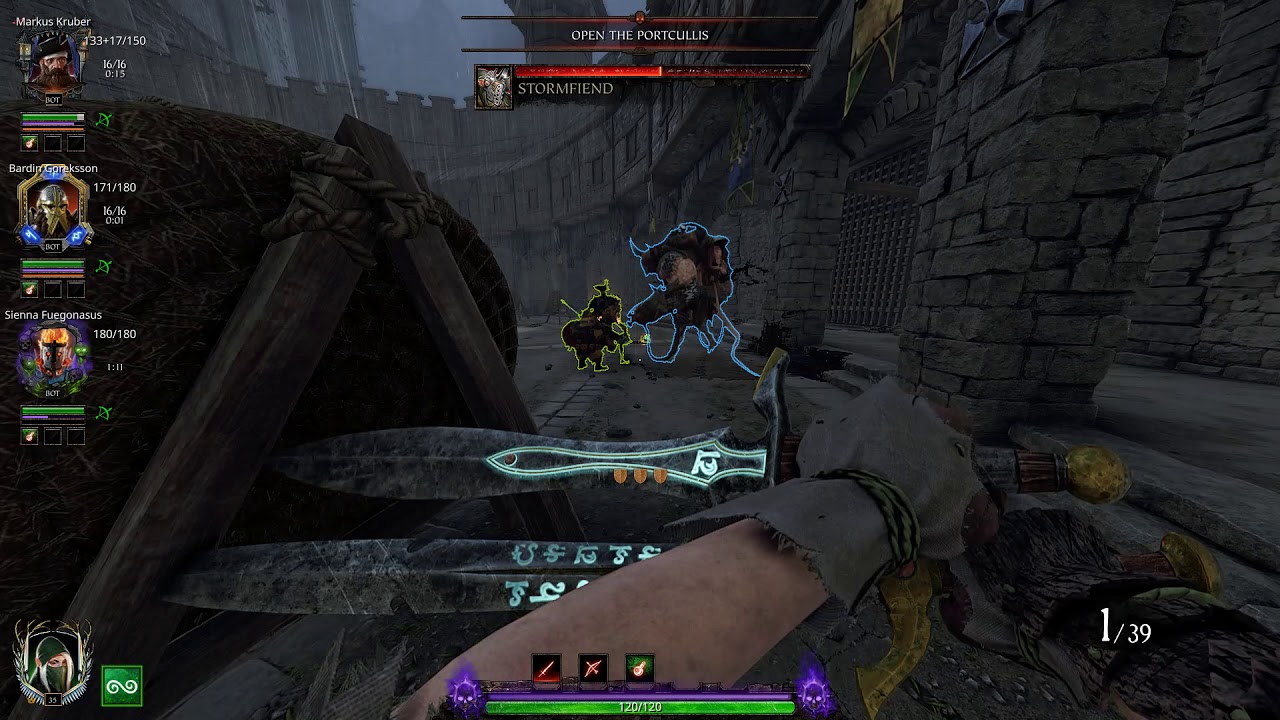 Their efforts were a lot less impressive pre 4.2.
Though this video is not the best example due to the amount of svale rats messing around, bots tended to get stuck in flames on the ground and take damage from it. 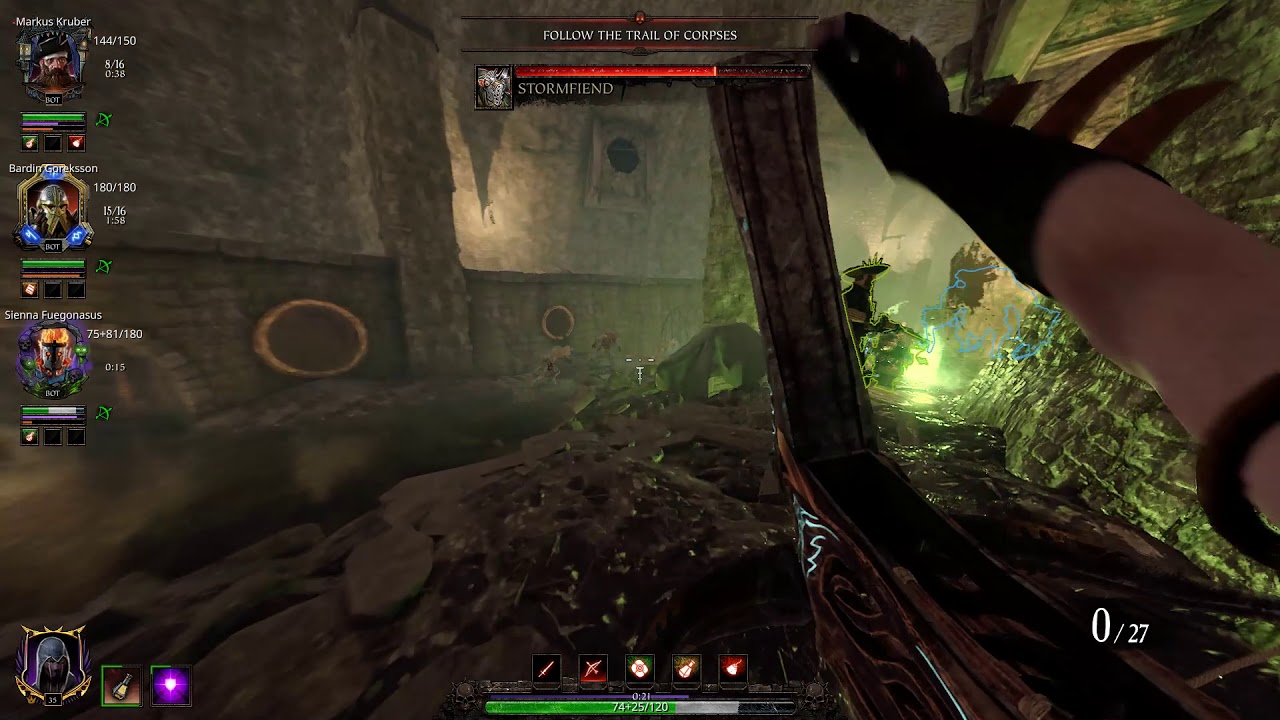 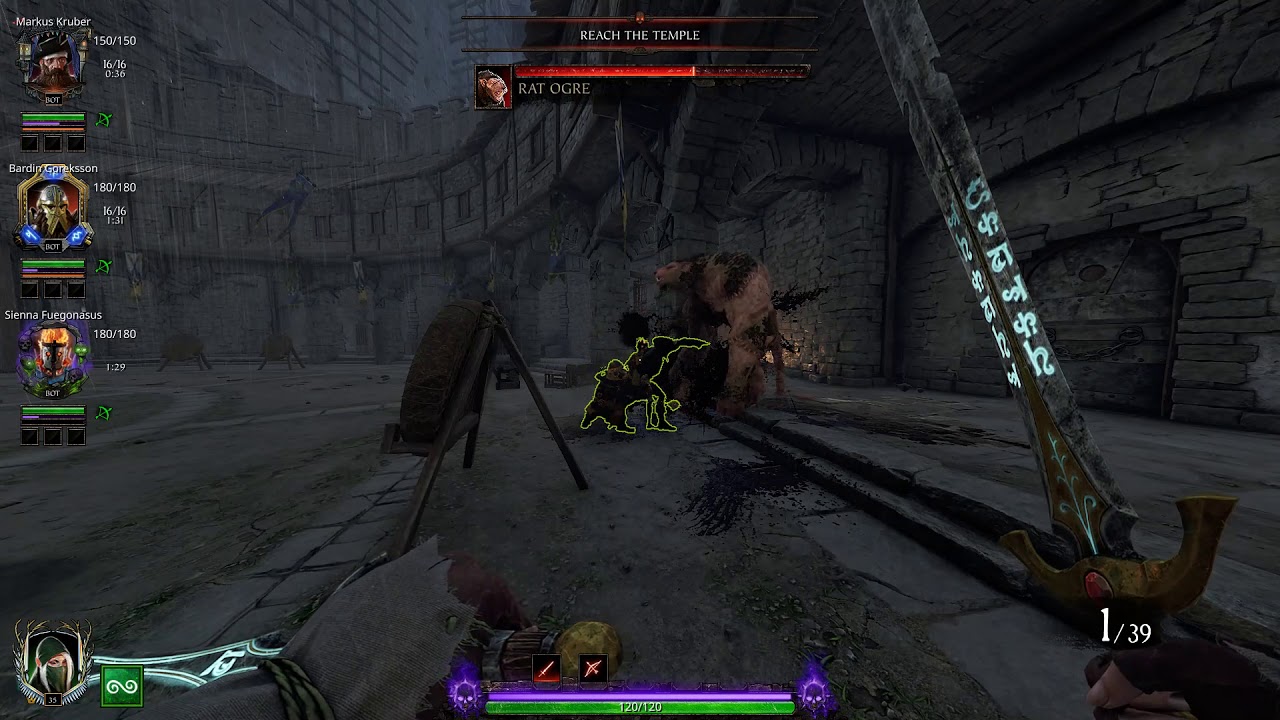 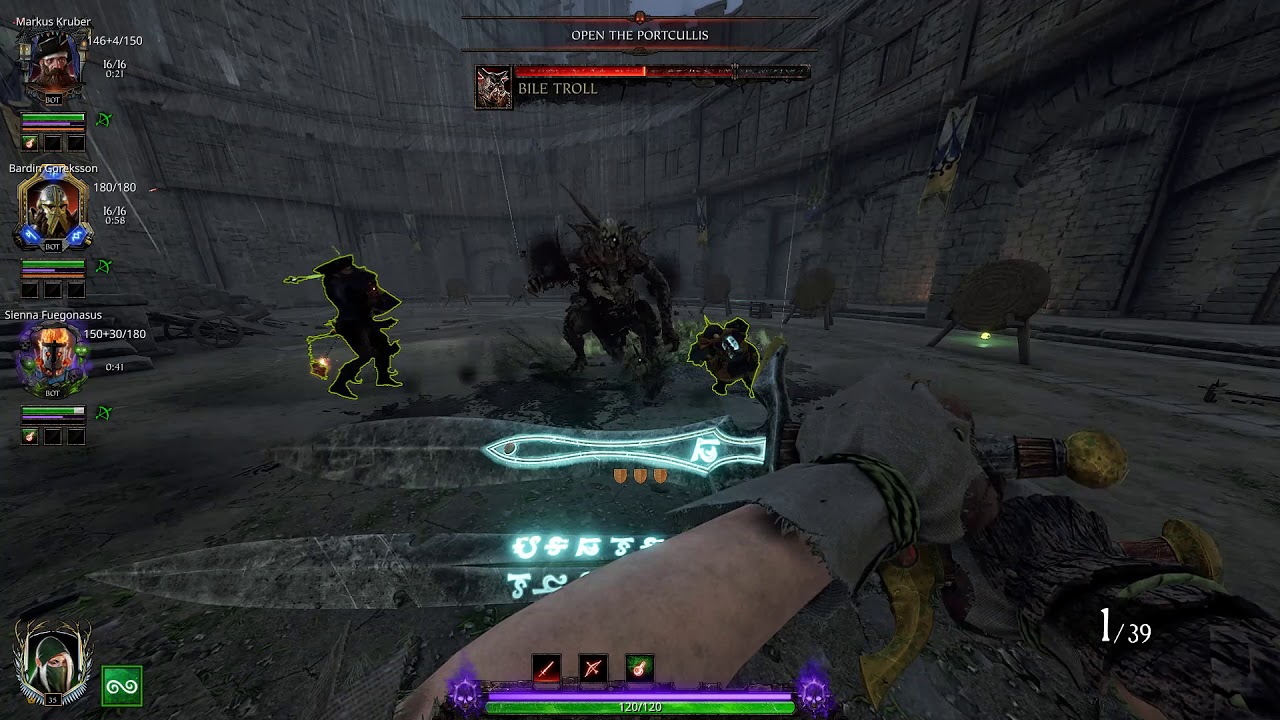 Pre 4.2 troll fights were not that smooth. All bots used light attack on a troll, but got stuck in acidic puke a lot. 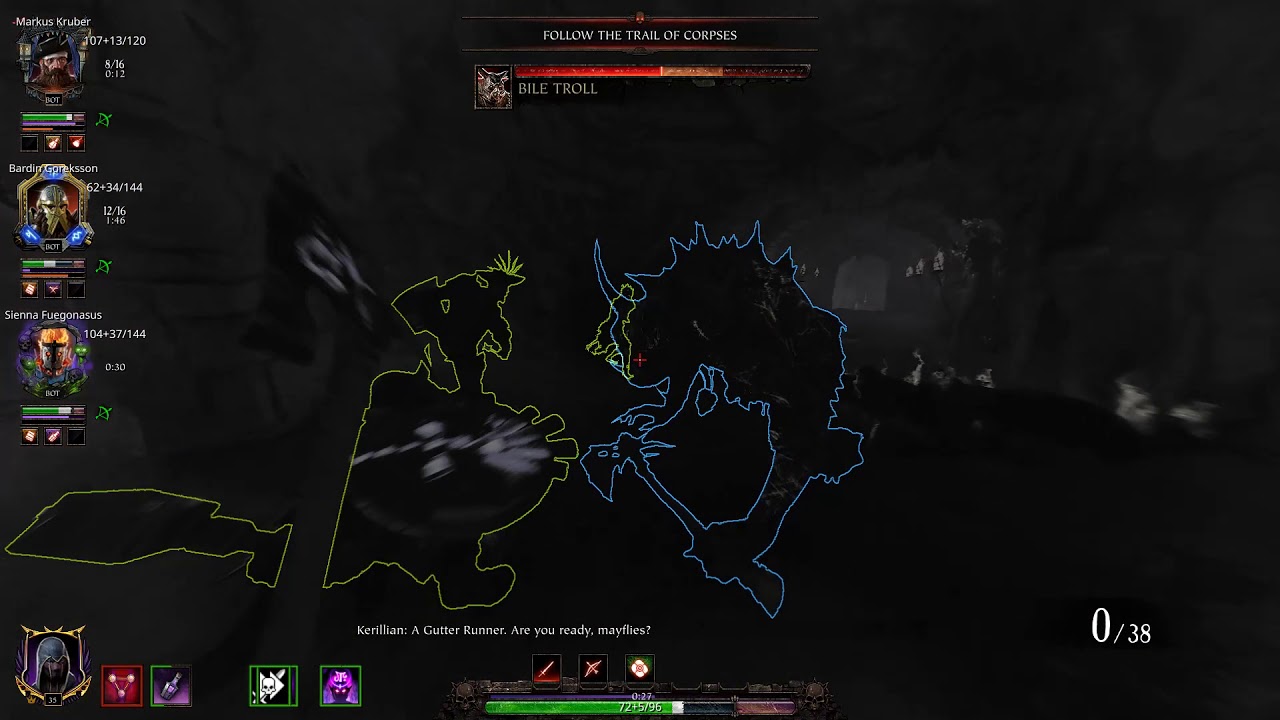 htAtps://youtu.be/nPKwmJw0riE
If I recall correctly, this behaviour was fixed long ago, and at some point bots became okayish against spawn. In the video Sienna get grabbed only after backing into a wall, but overall bots are fine with dodging and hitting a monster even though there are enemies around. 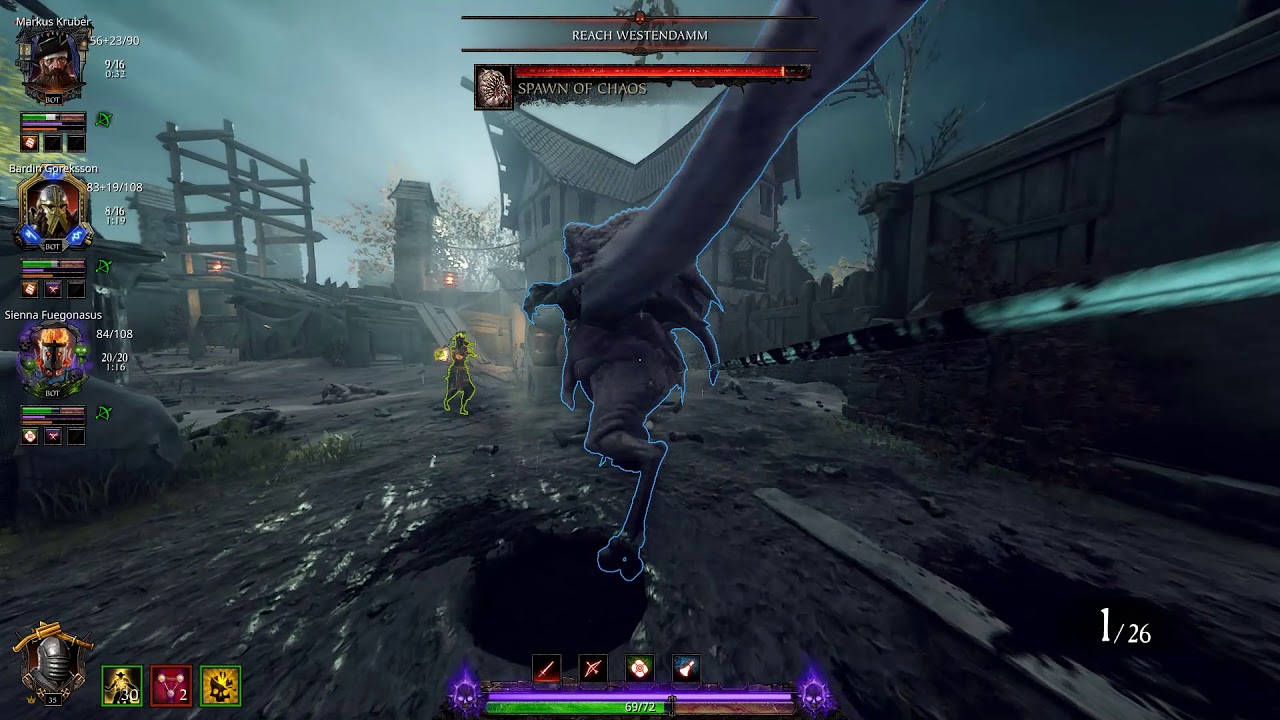 Actually, I did some extra tests and it turned out that heavy attack only bug applied to shield weapons. Kruber with excutioner sword and Saltzpyre with axe and falchion used light attacks. Or it looked like that. 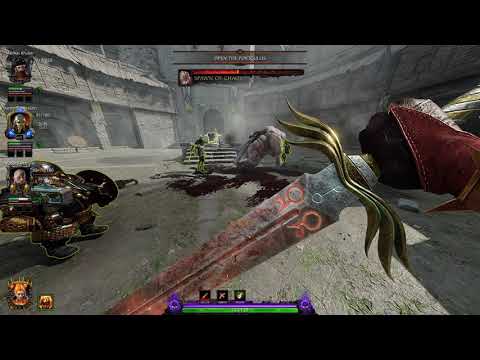 Here’s some extra footage of the official realm. Kruber died really fast and there’s not much I could do about it. 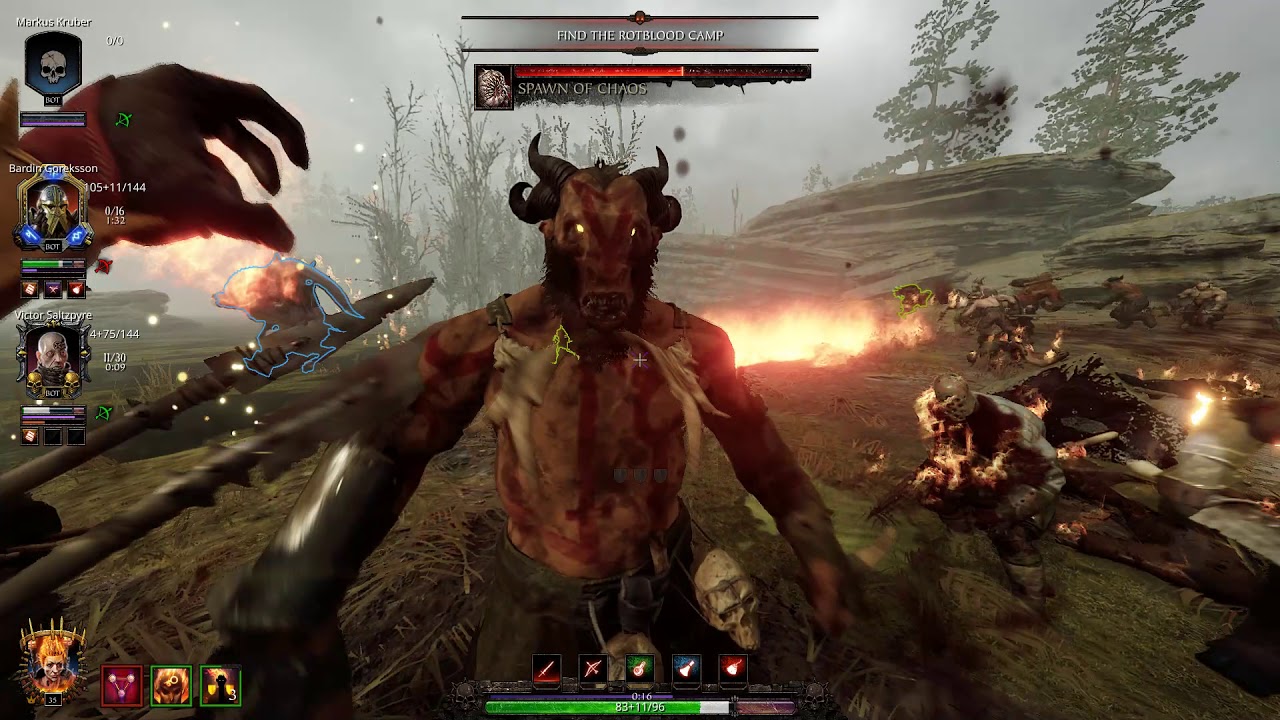 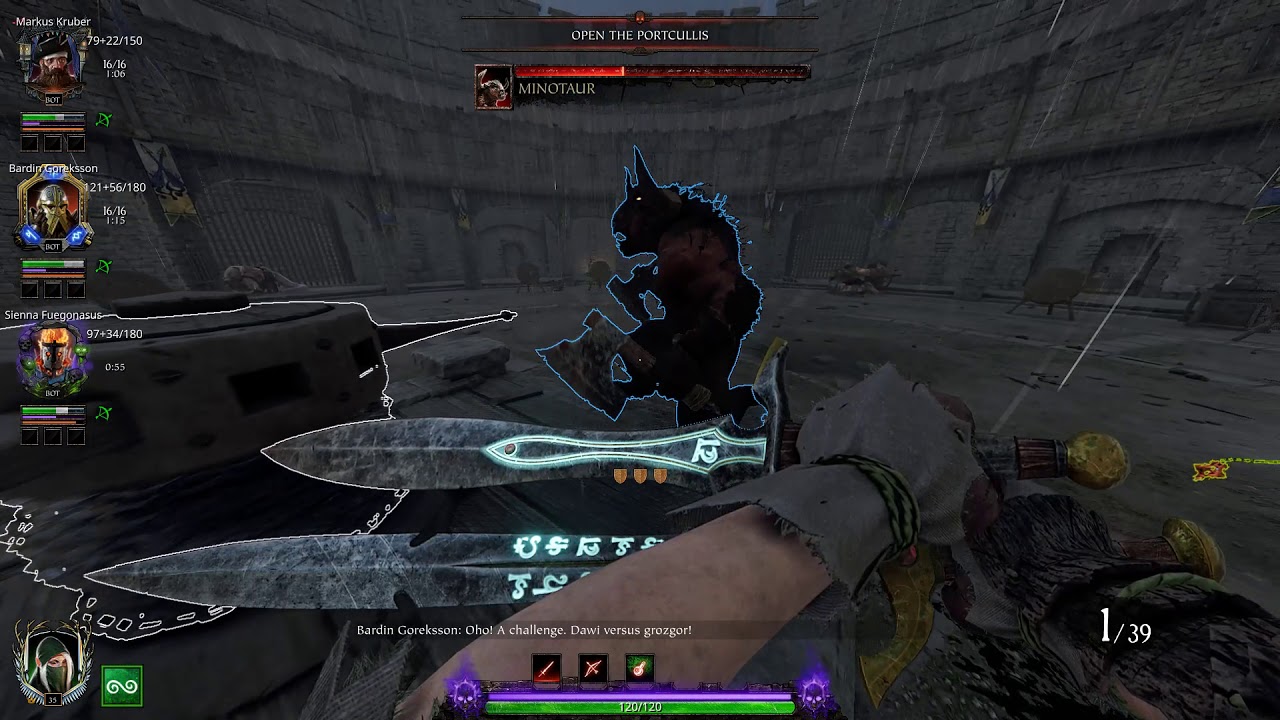 And if it’s not enough, here’s some actual action at Dark Omens. Bots dropped like flies, I did too. Also, it’s 4.2.1 version of the game in this video: 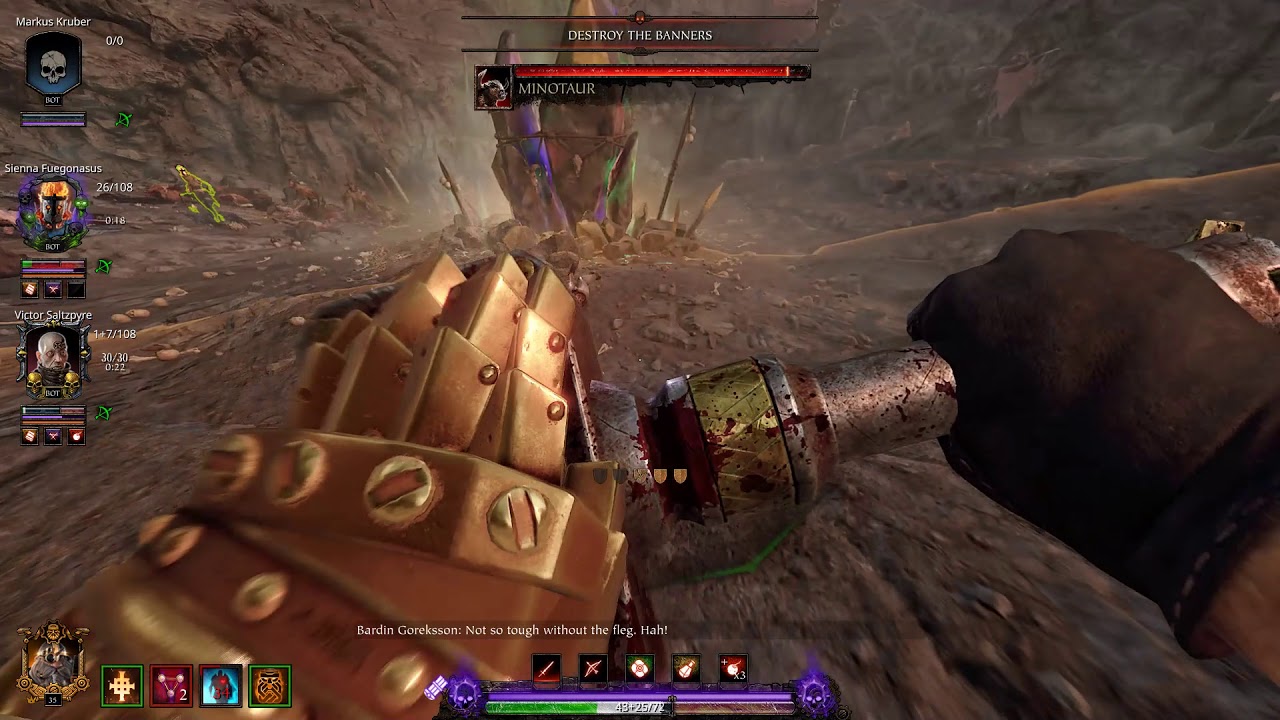 I’m not entirely sure, but it seems that Saltzpyre uses heavy attacks only as well.
No pre 4.2 footage here, sadly, but it’s basically the same as right now.

So, what is going on and where are the bugs? I have several suggestions.

That’s about it, thank you.
UPD: Done some more tests and got new results.

All in all bots perform quite well against monsters, except minotaur and spawn, so exactly like players xD
I’m actually impressed by their Stormfiend and Troll fights, both being almost flawless (until the end of the troll fight where for some reason Kruber takes the yeet train)

I’ve been having the same problem- but I need to expand it. Bot’s aren’t just failing to dodge or appropriately respond to attacks from monsters, this is happening for all enemies. Going through a normal playthrough (champion) I’ve had bots die with stupid amounts of ease to normal hordes before specials even spawn (there were always a few elites, granted) and I’ve even watched them get hit by single enemies you’d normally have no problems with. (I’m talking about the enemies you find simply loitering about when entering an area). Like, the bots will simply walk up to the enemy and let themselves get hit before retaliating, which is obviously really, really dumb behavior.

Don’t know quite what happened, but their danger avoidance and ability to take attacks has tanked. Frankly I’m somewhat sad as I was really looking forward to this patch, and what does it matter if the bots don’t chase specials from a distance if they simply die where they’re standing?