Hello!
Developer Update - May 8 notes contain a line about beastmen:

Looks like Bogenhafen DLC maps (the Pit and Blightreaper) are not included in the list of human settlements. There are beastmen in these maps, and in enormous numbers.
Tonight I’ve had Blightreaper run with bots, as I often do, and there was not a single roaming enemy that wasn’t a beastmen. Events had normal rats and northlanders, on the other hand.
I don’t know if anything was changed in recent updates, but being constantly peppered by million archers is not a fun experience.
Also, leech/blightstormer spam was insane. Are those guys somehow tied to beastmen?
Steps to reproduce:

Here are some videos, if you don’t believe me (I don’t blame you): 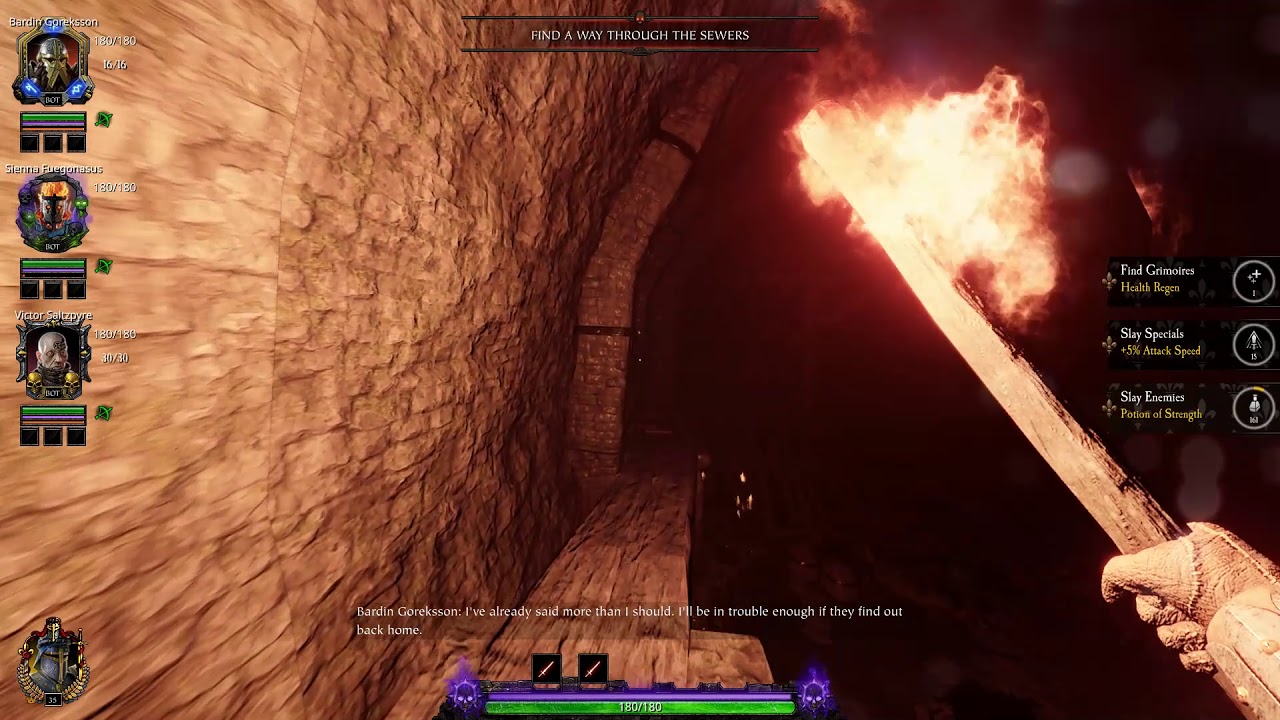 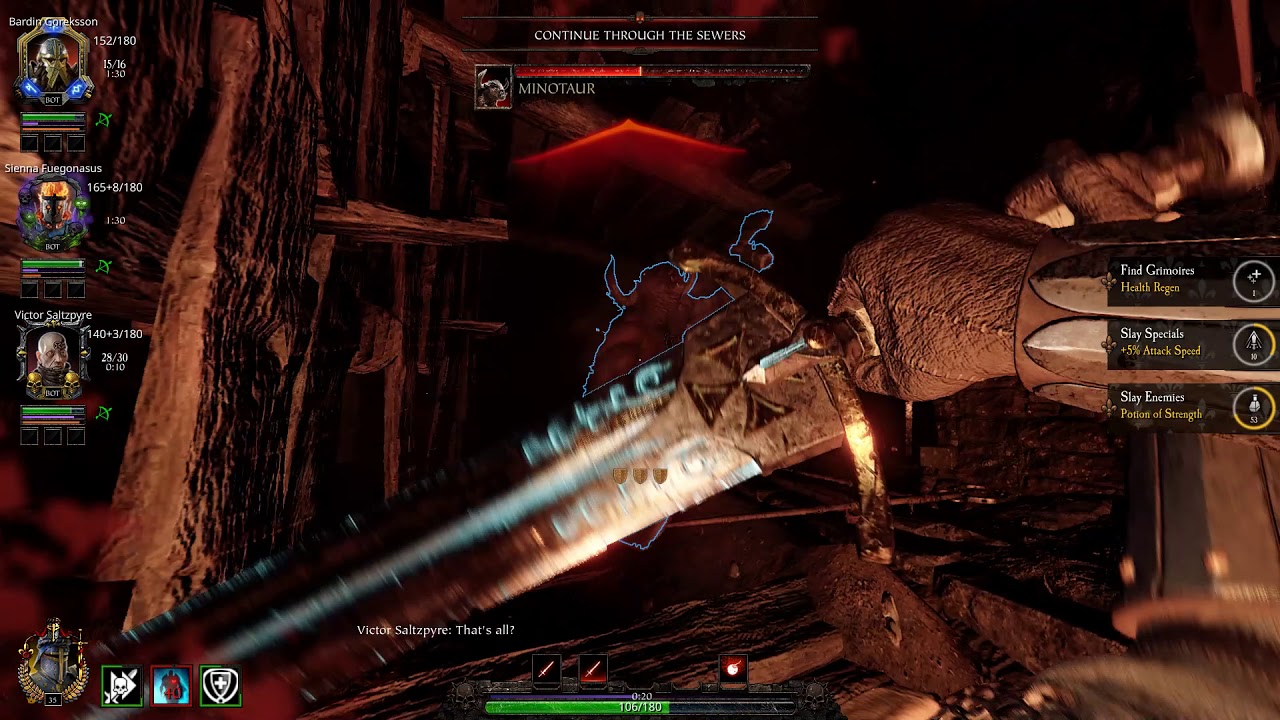 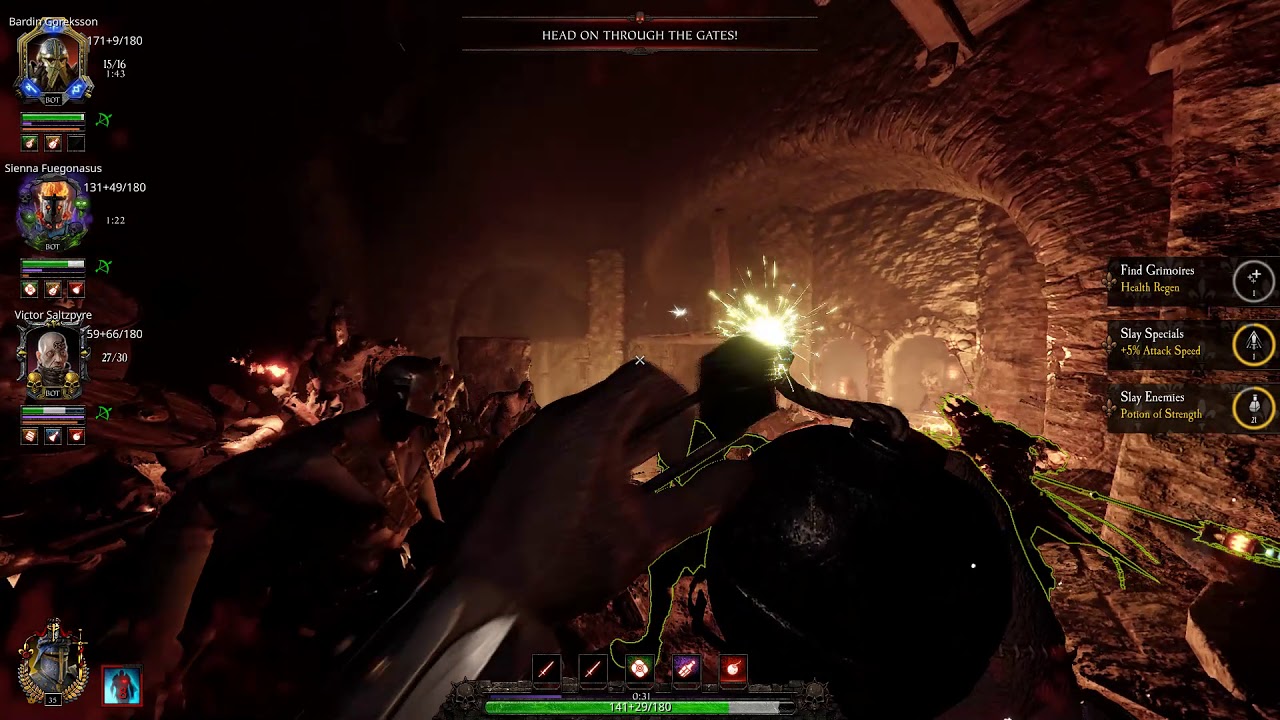 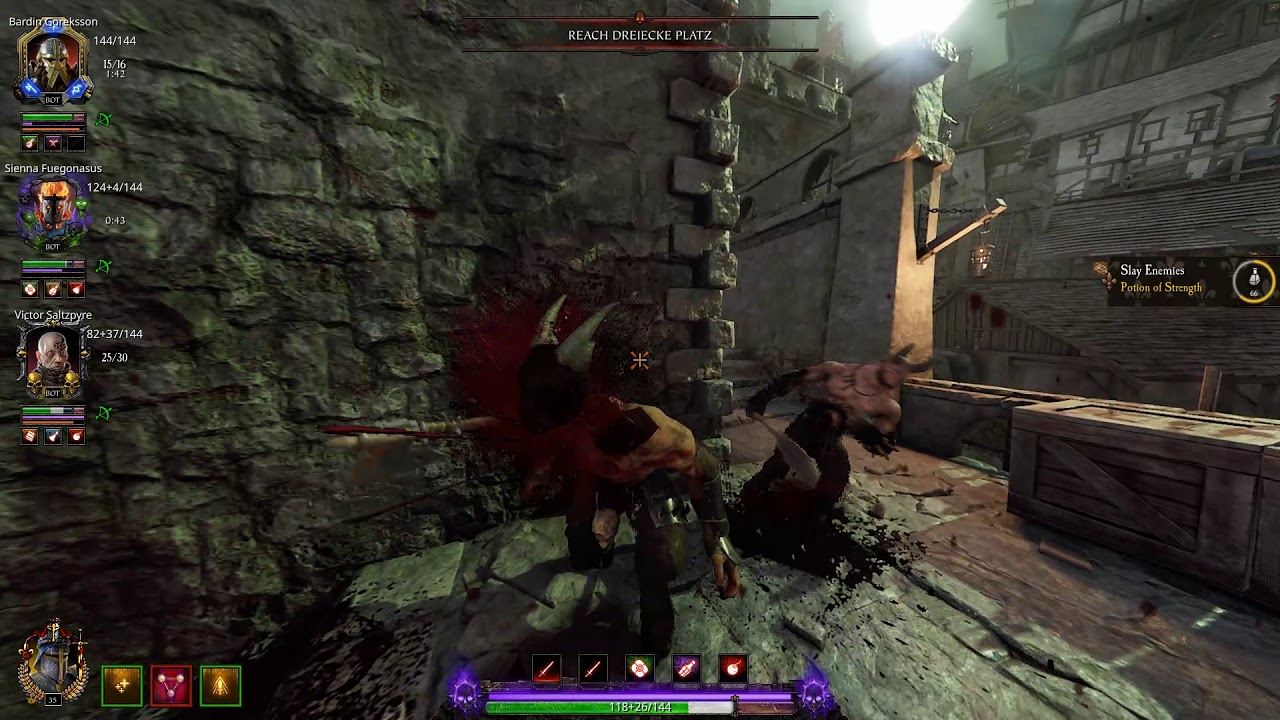 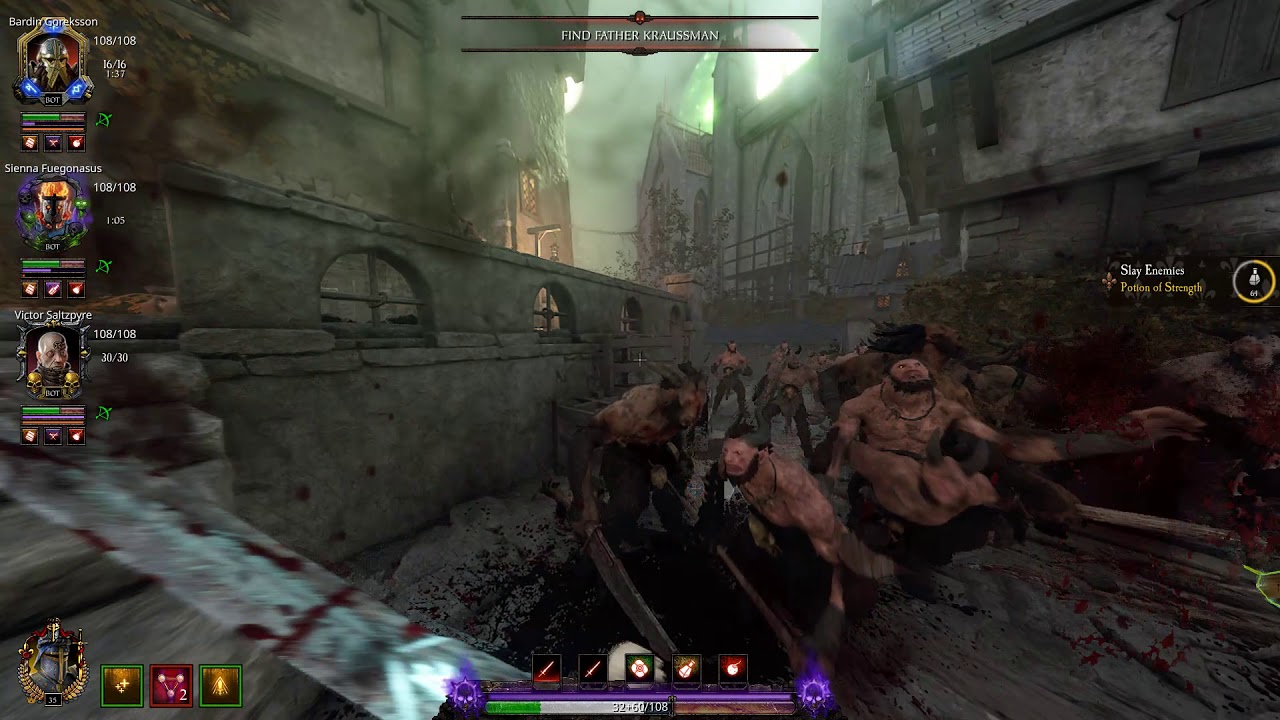 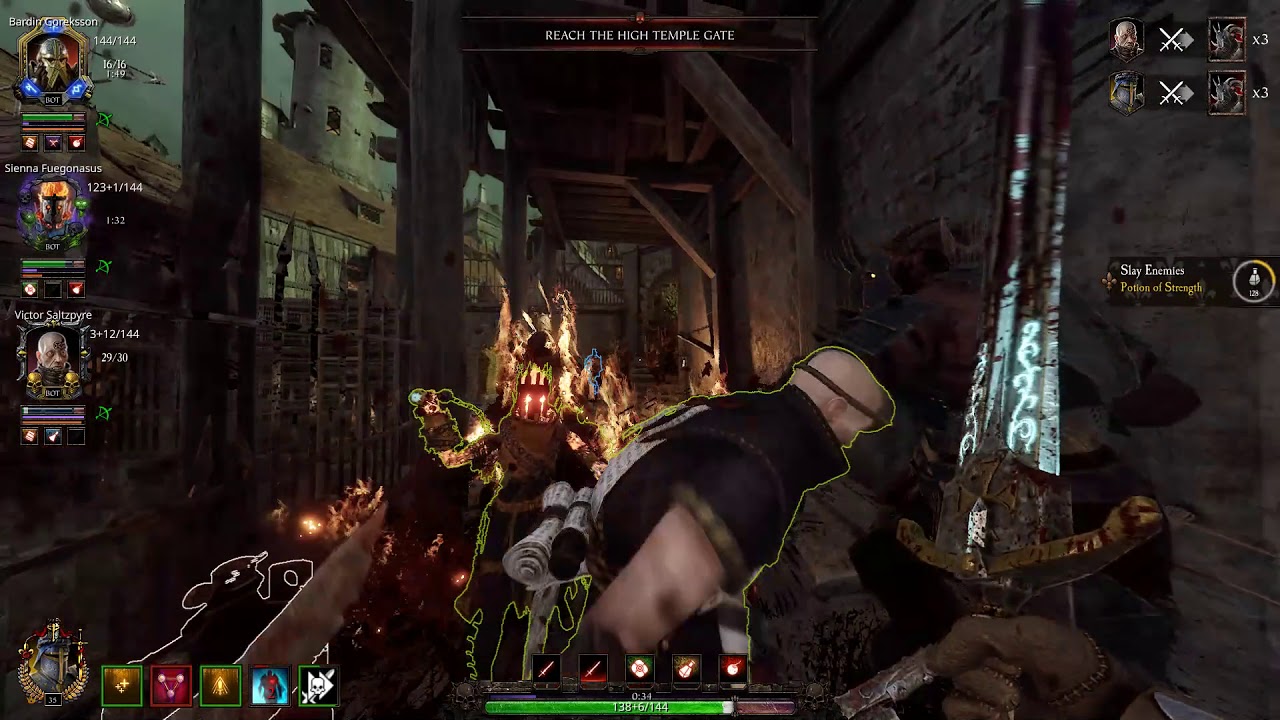 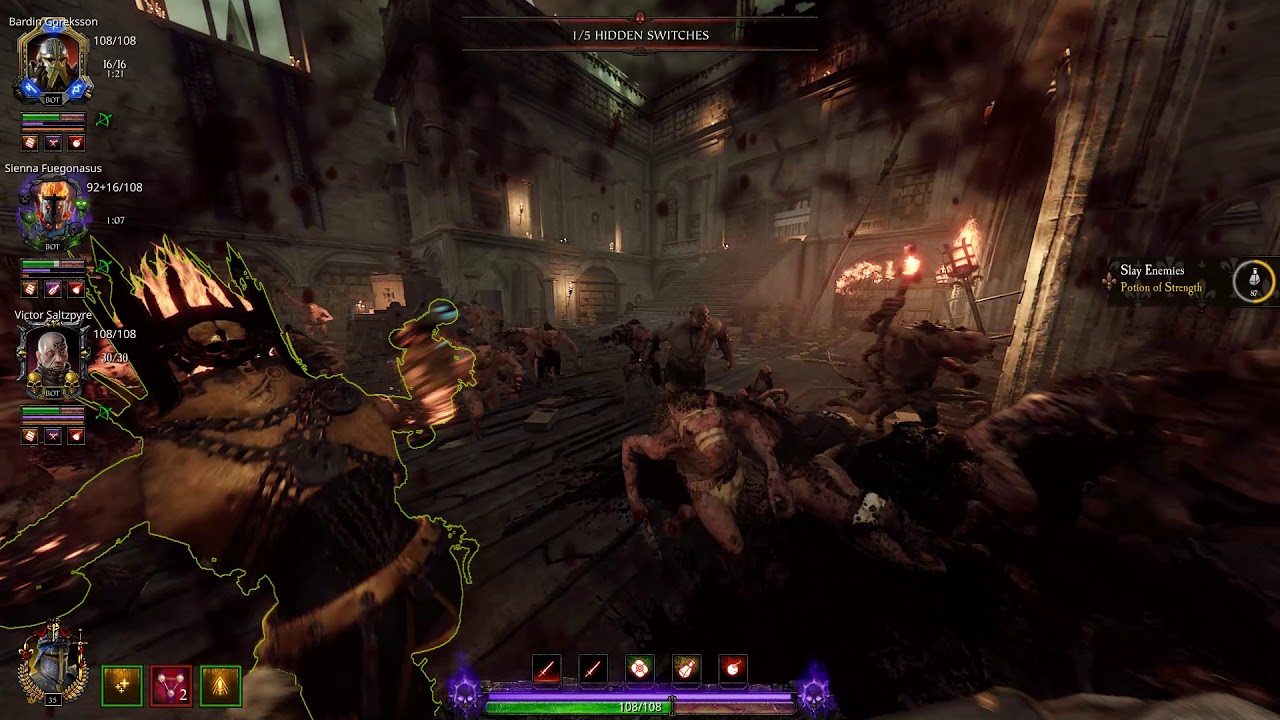 In addition, I witnessed a strange thing when a bestigor got pushed from charge and then charged again from a short distance. Is it legal? 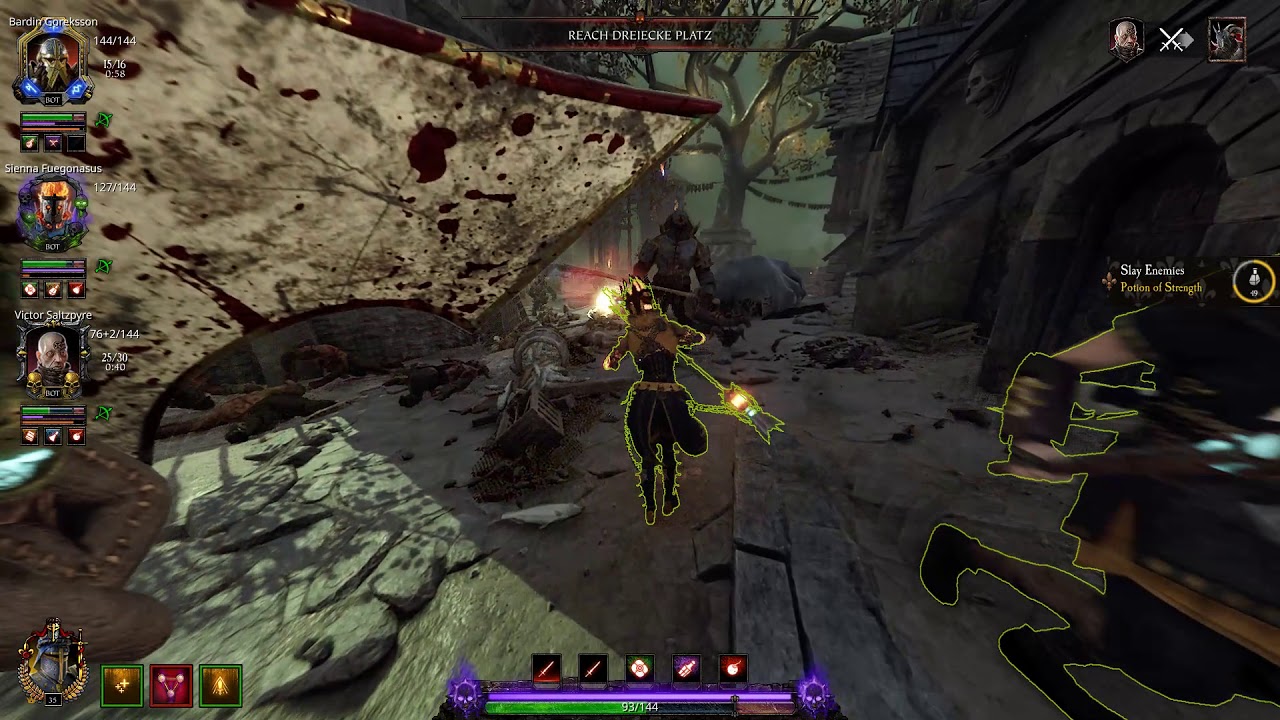 Yeah I agree with you, it’s so immersion breaking it’s painful.
Although the patch was good, beastmen should be removed from the remaining city maps.
In addition to the Bogenhafen maps (The Pit and Blightreaper) they also appear in:
Righteous Stand
Halescourge
Screaming Bell
Empire in Flames

Possibly a few more.
I used not to be bothered too much by their presence in Ubersreik, but now I’d have them removed from Horn of Magnus and Gardens of Morr. They don’t really improve the gameplay there, and they are so ill fitting.
A couple of new beastmen maps could offset the changes for people who want more of them.

I actually don’t see what the problem is with them being in cities; they’re opportunists who will happily go into a city to kill, pillage, and loot when the opportunity arises, and often will appear if Chaos warbands are causing havoc.

But I know a lot of people don’t like them, since they’re janky and feel like half a faction . . . I think rather than remove them from cities, just give players an option to remove them from all but scripted spawns (and maps like Dark Omens).

That could work.
The problem is more one of setting one than one of principle. If we found a small town raided by beastmen that wouldn’t feel off, especially if it’s a settlement (say, Wittgendorf) near a forest.
But those are all major imperial cities, and Helmgart in particular is in a secluded mountain spot.
The beastmen would have had a major reason to know about it and march all the way there. It’s what happens in Dark Omens, but we have a great warpstone twisting the skies and acting as a beacon for them there. In Helmgart, Bogenhafen and Ussingen there’s no such thing.
Ussingen could have attracted small groups of beastmen, I grant you that, but the way the spawns work in vermintide make you feel like that particular faction belongs in the spawned section. What’s worse, as OP mentioned, when they appear they are there to stay, so immersion wise it’s not a small band of marauders, but an army. That said, Ussingen is where the pactsworn have been hoarding loot, so it feels a bit off to have hordes of beastmen in there.
Bogenhafen is a raid on a yet inhabited town by a band of warchiefs intent on getting the Blightreaper. No beastmen should be there.
And Helmart: storywise you just got there in Righteous Stand, it feels quite off to have beastmen upon beastmen instead of the new - storywise - pactsworn threat you were expecting.

PS a counterexaple of bestmen spawns done right in my opinion is Old Haunts: they can appear only in the wilderness area after the church, up to the “Summoner’s Peak” area. They are an imbetween force, in the rest of the map we find the enemies the story made clear we’d find.
That’s another reason why bestmen in Halescourge, to mention but one, feel wrong.