An open letter to Fatshark

the currency in game will NEVER be monetized 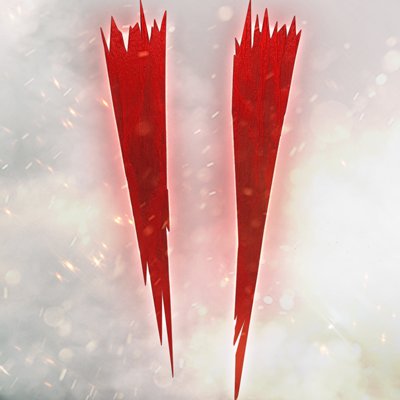 Well in the Beta survey there’s a specific question
“Would you like to have an option to purchase Shillings and spend it on items in the store?”

Ahahahah! You shouldn’t be ashamed because Fatshark failed to be transparent, the misunderstanding is clearly on their behalf.

No shame in having faith in others

…I guess I was wrong then

Yes, so that’s where were at. I think when mentioned on Twitter there was some confusion. Soft currency = shillings, what you can earn in-game. Hard currency = £/$/€/etc, for premium cosmetics.

You are no longer wrong.

The follow-up reply to that is even better! Hedge confirmed you can not buy shilling items for real money. That right there is the reason why the Emporium is going to work out great. Faith restored.

Welp, I’m no longer going to be able to recommend the game to anyone. As for anyone who thinks that this is acceptable behavior: it would have been IF they had been clear from the start that they planned on adding this stuff at release. Honestly microtransactions have no place in any game that charges money for admission in the first place, but if you’re going to do it at least don’t pull a bait-and-switch on your players.

@Flibbertigibbet2 Why are you so indignant? Right now they’re testing the concept of adding real money cosmetics while releasing free maps instead of paid map DLC, because they thought the old model didn’t work out for various reasons.

If the old model that they thought would work out at release can’t sustain the game’s continued support, would you rather have them stop supporting the game to “keep their word”? Because that’s the realistic alternative here.

Obviously we don’t know if the DLC cosmetic model will work out better for them financially, but changing business models almost TWO YEARS after release is not a “bait and switch”, especially if the game is regularly available for under 10 bucks.

There are a lot of things you can rightfully criticize Fatshark for, but this is a rather neutral change.

They were already there in V1. Arrogances skins as DLC. Now you have hats as DLC. Kinda the same.

That’s nearly double the cost of the full game. That’s just right now. This sort of sales strategy is deliberately manipulative, inherently dishonest (though I will give them some credit for not making it all a premium currency and then selling said currency), and a bad move on FS’s part.

It’s manipulative in that they’re putting the real-money stuff on display before anything else. They’re trying to get more money out of the same amount of prior effort. It’s actively preying upon those who have generally poor impulse control and trying to start whale-hunting.

It’s dishonest by hiding the actual total cost behind numerous small-ish transactions to cover up that this “free” update in fact nearly triples the overall cost of the base game if you’re the type to try and get everything you can in a game (which fortunately I’m not).

Basically: would you have been okay with them dropping a $60 USD DLC that added a grand total of 15 skins? Does that seem reasonable even based upon their prior price points for DLC?

Shadows over Bogenhafen was $10 USD at release. It added 2 maps, 54 new weapon skins, and more than double the number of hero skins et al that this update did. Personally I wasn’t hugely thrilled with the Blightreaper map, but the overall price (combined with an actual desire to reward a company for not being scummy) meant that I bought it at release at full price.

That’s a bad look at best.

$60 for 15 hats AND maps/weapons etc being free (until they need more cash and make another batch of premium stuff I guess) sounds like a fair deal to me .

I would always tend to be against anything microtransactiony but I dont really have an issue with the premium cosmetics being in the steam store for a price. Thinking about it as 15 cosmetics for $60 shouldn’t be the mindset because you can choose which ones you want. I was interested in 1 of the hats and have spent the price of a large coffee on it. If I had to buy the 14 that I was never going to use then yeh I wouldn’t be happy.

The model benefits those who don’t want to buy the cosmetics the most because they now get free maps for a small sacrifice of not getting to fully participate in fashiontide. The cosmetics clearly took time and effort to make (not just a recolour) and enables those with a little extra disposable income to help fund free content for those who don’t.

You know, there is a pretty simple solution when games throw $60 worth of in game goods at you. Just don’t buy them? I bought a grand total of one, and I was content with that. Hell I play games like this all the time, and if I always bought everything on offer I’d be millions in debt.

I see you either missed or ignored a sizeable chunk of what I wrote.

Editing to add up here: I don’t think the devs are being cartoon-villain evil or anything. They’re running a business, and seeing the money being made by other similar businesses using this kind of model. I get it, but think it’s a bad call (at best they’ve got their pricing wrong). Just so we’re clear I’m not trying to be super hyperbolic or anything.

$60 for 15 hats AND maps/weapons etc being free (until they need more cash and make another batch of premium stuff I guess) sounds like a fair deal to me .

This assumes a few things and ignores a few others.

1: It assumes that their focus will be on content that doesn’t directly make them money (maps etc.) rather than content that does (horrendously overpriced skins). There’s no reason to give them the benefit of the doubt here.

2: It assumes that that content will be free. They’re already going down the path of charging more for less content here. You can claim that it’s not true, but ONE skin on this storefront can cost half what the majority of their old DLC’s cost. That’s more money for less stuff, plain and simple.

3: It ignores the fact that they’re counting on more money from a smaller segment of their playerbase. At BEST this means they’re almost certainly going to skew their content to please the players that pay in small ways that don’t mean as much, and at worst it means they’re going to try and take advantage of impulse-buyers to sustain themselves in an unsustainable model. We’ve seen this pattern play out in the wider video game development community more than once, so it’s a real problem that FS is unnecessarily importing into their community.

I’m not going to pretend this is the most important thing in history, but it’s shitty and it’s a shame that another dev is going down the shitbird route.

You are really missing the fundamentals of making money here. When they release a DLC map pack like Bog or Uber, they can expect that a decently high percentage of their active player base is going to buy it, therefore they can make the price much lower and still make a good amount of money off of it. Skins are an entirely different business model. The vast, vast majority of active players will buy no skins, or at most 1 skin for their favorite hero, because the skins have absolutely no impact on gameplay or access to content. So instead of getting $10 from ~70% of the active player base, they are getting $5 from maybe 40% of the active player base. If the skins were cheaper like you want them to be, it would be even less. So they have to make the money up somewhere. Which they are doing with the handful of people who are going to spend $60 on all the skins, because they have the wherewithal to do so and want to support the game further.

2: It assumes that that content will be free. They’re already going down the path of charging more for less content here. You can claim that it’s not true, but ONE skin on this storefront can cost half what the majority of their old DLC’s cost. That’s more money for less stuff, plain and simple.

They have openly and transparently said that the pricing is in order to enable potentially free future content which is why the profit margin is so large in order to the production cost. This isn’t even an open secret. It has been stated like this.

Just a question: Would you feel better about the pricing if they added a single line to the DLC cosmetics like: “These DLC’s are meant as a support for potentially free future content.”

Noone is arguing that the content/price ratio is “different” to their other DLCs. But the reason for this has been stated and is known.

Also if we take the support function of these DLCs into consideration, you should remember that from the 3 € (average) these cosmetics cost 30 % alone will be eaten by Valve’s fee. And if you then add taxes and GW licensing fee as well I would be surprised if FS sees even an euro from each sold DLC. So in short: Buying these cosmetics is equal to spending FS 1 € (1,50 € IF they are lucky with taxes).

When they release a DLC map pack like Bog or Uber, they can expect that a decently high percentage of their active player base is going to buy it,

And this is the issue. No, a decently high percentage of the active player base does NOT buy these DLCs. Most map packs for Vermintide 1 and also Vermintide 2 do not sell well. FS has stated this before. While single people always scream “This game needs more maps” or “Just make map DLCs and everythings fine” the reality works differently. People are not interested in new maps. At least not if they have to pay for them.

Which leads us to this model: Some people buy the cosmetics and others gain the maps for free. Most people win. Unless we want to assume that there are dozen of impulse controlled buyers whose life gets ruined by this. Some people’s whole argumentation are based on this which I find kinda questionable. Do they exist? Sure. Are they playing Vermintide? We don’t know. Statistically we can safely say that they are at best in the low triple digit numbers. And if there are really people who have this have to buy everything problem they have a much bigger issue with an ever increasing Steam Store.

But yea, as described in the post above the cosmetics have an increaed profit margin on purpose. Reasons given.

I would’ve expected 3 - 5 quid for a new armour skin, not a pig glued to someone’s bonce.

The business model is tried and tested, the price point is a little sharp for me, and the hats don’t match the armour - my personal bugbear.

The fact maps don’t sell has more to do with the policy of people being able to play DLC maps for free-by-proxy than people not wanting to pay for maps.

At this point I’d stump up twenty quid for a map editor, let alone more maps.