break down time for each one

Power Maul is a like the Thunder Hammer for the Zealot but smaller so over all more movement, faster swings but less damage.

Power axe like all the axes, it’s more to single damage then cleaving them down, just can power up to take out armor stuff faster

Shock Maul well the name says it all, it’s shocking i know, anyways puns aside, it have two mode of attacks really single then wide arcs, with the special action to turn it on for a short bit (maybe have a slider stat to see how long it will stay on for?) and stuns the mobs (another stat to see how long too?)

any of the Melta Weapons easy to say, they ARE armor killers but low ammo like the boltgun but another ooo it’s not a lasgun but something that can kill armor stuff too.

Krak Grenade and Plasma Grenade, another type of nades we can use the krak is more to killing armor and the Plasma nade more to burning them in hot Plasma?

Duel wield weapons - axes/hammers (similar to Bardin’s kit). I am super surprised to see no duel wielding weapons in this game given how they could have taken the same weapon archetypes from VT2 (modified to fit Darktide)

Power Maul is seen in the Zealot Spotlight, Melta is going to be featured on launch

Certain of those weapon are not yet in game but should be on release: 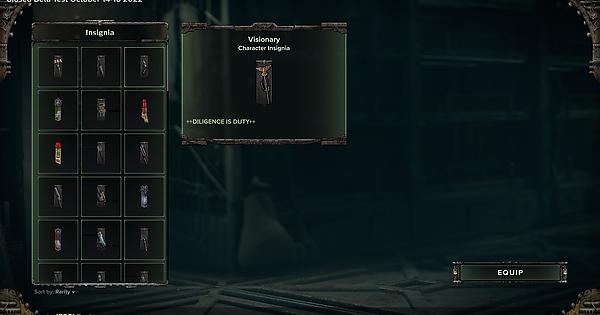 It would be really nice to see the Plasma gun be added , I dont believe it exists as Ive been level 30 for 3 days now and Ive yet to see it in the shop.

Plasma Gun is already in it. But it’s a Veteran Exclusive weapon.

honestly would like to see some more weapons for Ogryn… their selection feels incredibly limited to say the least compared to the others.

and dear lord would I love the ability to use a bolter on my big boy.