Wasn't there supposed to be a new Map

too busy adding dangeroux vfx in the game.

This is an ignorant response to a serious issue.

You obviously have no idea what you are talking about. Please go away.

As for the map though. Anyone know where it is? What’s it supposed to be?

Trying to get out of the warp I guess ^^ 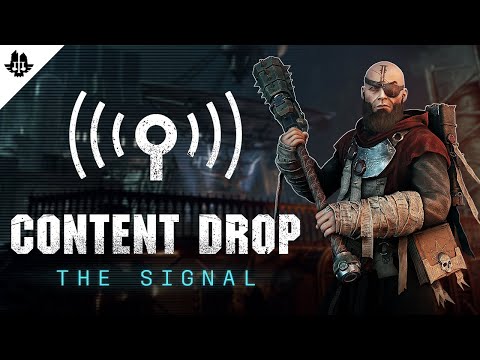 Please tell me that is joke…? A very… very bad joke?

But more objectively, the map is probably/hopefully around the corner and has been pulled last minute because of some issues/bugs/shenanigans.

They should have refrained from announcing the update for this week and taken more time to make it a solid one.

There sure has been multiple crash-collisions in the birth canal lately.

The map is not available yet, the changes to several weapons didn’t make it through (go figure why), the assault condition has gone missing and has been edited out of the original community update…

Good patch! Keep’em coming with the same quality and by the next quarter no one will be left to buy new classes!

Common fatshark patches, nothing new on that front.

Huh i’m still not seeing it

Now you just have to deal with the mission screen RNG, but it is there, I played it.

It’s a reused enclavum baros, but has some new parts.