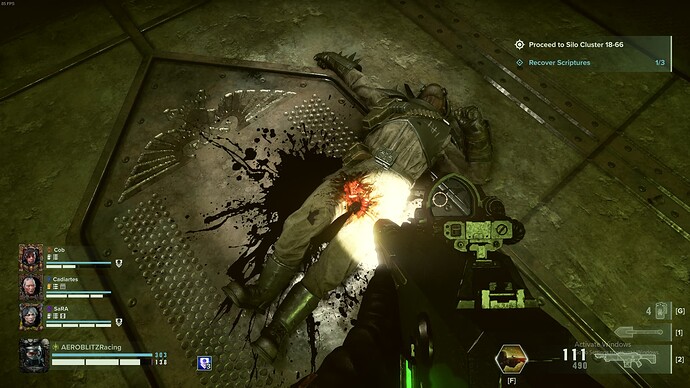 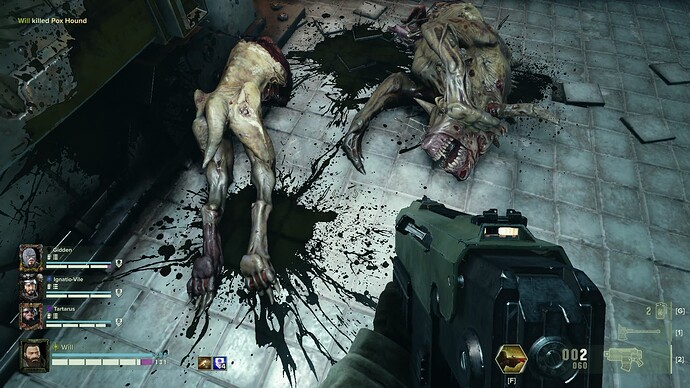 i didnt take a screenshot but i managed to have a plague ogryn fall on its back after it died and it was really neat being able to study the face and everything undisturbed. lots of detail.

lmao why was my post here reported? Pretty random

This is where they could have taken some notes from L4D. The gore engine there is fantastic there’s about 40 wounds you can inflict on the regular zombies.

Hear the visceral report of something like chain axe is audio only. If I just grabbed a poxwalker’s face with the saw why is there no wound when it falls over? Its face should look like a handful of pastrami.

And then there’s the low effort gore, like cutting into an enemy’s shoulder with the eviscerator and oop they’re bissected at the waist on death. Or dropping that overhead saw into an enemy and their head pops off. Kinda let down by it.

There’s a video of VT2 development I can’t find anymore where a guy says he spent days adjusting the weight and hit response of each melee weapon so they felt impactful. I don’t think that time was spent here with how some single-target moves glide across the screen like you’re waving a wand.