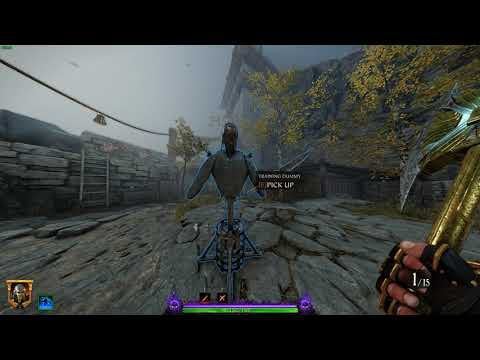 just saw this and tested this with all careers using Smiter or Enhanced Power and i also noticed that Smiter slightly gives more damage than Enhanced Power.

is this even a bug? just surprises me

I don’t see how this is a bug.

Enhanced Power gives you 7.5% extra power, which I assume is more or less around 7.5% extra damage on everything, among other things.
Smiter, on the other hand, makes you deal 20% more damage to the first enemy you hit in a swing, if he isn’t staggered. For cleaved enemies, and for enemies who are already staggered, smiter does nothing.

You should take a look at this

As I already pointed out in the reddit thread, smiter gives you more damage on single target than Enhanced power.
Its not a bug.

This is just an issue with the stagger system being a bit dense to explain in all its nuances, once you take all the talents into account.

Enhanced Power is more beneficial for ranged than the stagger talents, it’s also the “I don’t want to crunch numbers or think about it” easy way out option.

Smiter, on the other hand, makes you deal 20% more damage to the first enemy you hit in a swing, if he isn’t staggered . For cleaved enemies, and for enemies who are already staggered, smiter does nothing.

What smiter does can be split into two parts, the first is a 20% bonus damage buff against staggered targets going all the way to 40% if heavily staggered.

The second part is that the first target hit always takes damage as if they were staggered even if they are not. Simplified one can read this as all of their attacks having a 20% damage buff on the first target they hit per attack.

Your description reads as if the part i wrote about as the first one does not exist.

That was my takeaway from the ingame and ranald’s gift description of the talent anyway.

Well if we REALLY REALLY want to be technical here. The base stagger 1-2 damage increases are 20 % and 40 % respectively. So smiter itself does nothing to the base stagger power.
Only thing the talent adds is considering the first enemy you hit to be stagger 1 instead of unstaggered.
(If target is already staggered in stage 1-2 it literally does nothing)

That actually explains a lot in hindsight, i always figured that you needed a stagger talent to benefit from that system and that´s why i pretty much always avoided enhanced power outside very ranged heavy builds.

Its easy to just try it on dummy, take smiter hit it 3 times in decently quick succession. The damages should be something like 10, 10, 12. Now use Enhanced power, the damages would be something like 8, 10, 12 respectively.
I’m obviously just using simple numbers to demonstrate the point but first number is unstaggered, 2nd is stagger 1 and 3rd is stagger 2 damage values.

Edit: Also this just reminds me again how stupidly confusing the system is even for vets at a time. And even explaining it super simply is not a easy task.