Something simple I’d like to have on the lobby browser so you can filter out lobbies that already have whatever character you’re using at that moment. 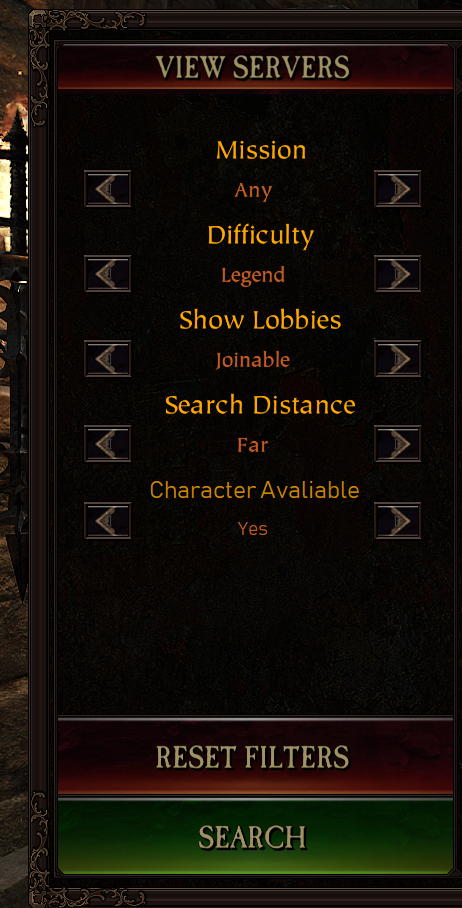 There already is this option in the settings (game options window). It still fails rarely presumably because two people tried to enter the same lobby at the same time with the same character.

The V1 model was nice. You could select which heroes you wanted to play in case you liked Bardin and Kruber for example but not the rest.
It was a simple row with 5 symbols one for each character that you could activate/deactivate.

There is generally much missing or done worse in V2 that was completely fine or even far better in V1 especially regarding UI.