Thank you all for jumping in and playing Warhammer 40,000: Darktide during the Pre-Launch Beta. During the past two weeks of battle testing the experience, many of you were a big part of the process in helping identify and help fix many issues.

As a way of showing our gratitude, we would like to give all players that played the beta a bespoke set of headgear. This will include the following:

We are excited to fully release the game tomorrow at 18:00 UTC. In preparation for the launch and to ensure progression is carried over, we will have downtime scheduled today, starting at 13:00 UTC. You can find your specific regional timing here: 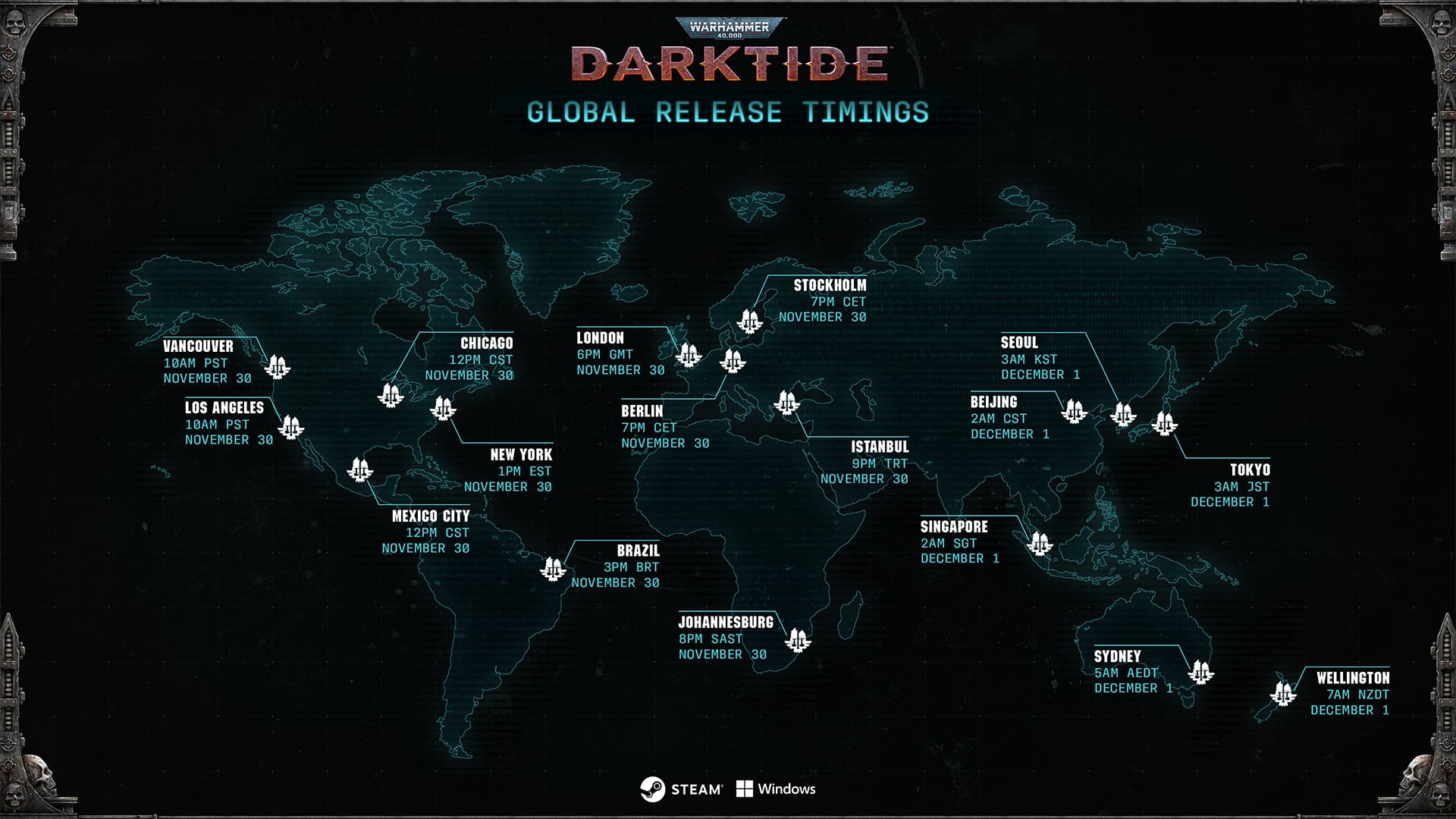 Thank you from all of us at Fatshark

Looking forward to trying out the final product, thanks for the update and the swag!

Cosmetics are cool, but you know what’s cooler? Devs who say what changes were added for launch after Beta feedback.

thanks for carrying progress over to the launch version I really enjoyed the game and performance got better from update to update, except the last but i’m assuming that was just a massive stress test. Hope everything works out for you guys and you found alot of bugs you could fix during the beta.

The changed a variable that affects prtially variable that works with a stat that is limited by max value, which has also been changed

You’ve already been playing it.

I enjoyed the beta. Sure some things were out of place, but general idea is very positive.

Hope the game gets necessary fixes and better psycher penances.

And were not Alderai, we dont need to maintain our emotion. Let us indulge in excess of unnerfed dodging !

Please tell me the weekly quests don’t reset. Don’t know if I want to keep playing if that happens. I thought I got some more time today after work.

I’d appreciate a response on that.

The stealth patch today really seemed to tank the FPS just an FYI, but you probably already know that!

where are the patch notes? Guys, come on.

No, it’ll be done two years from now!

I bet some people will refund the game if they will see them.

I doubt FS will say in the patch: “We’ve successfully reduced FPS by 30%”

There simply be absence of things people asked for to be fixed.
I expecting:

I feel like it works, but could be random luck…

Are we getting “A quiet drink” in space!?