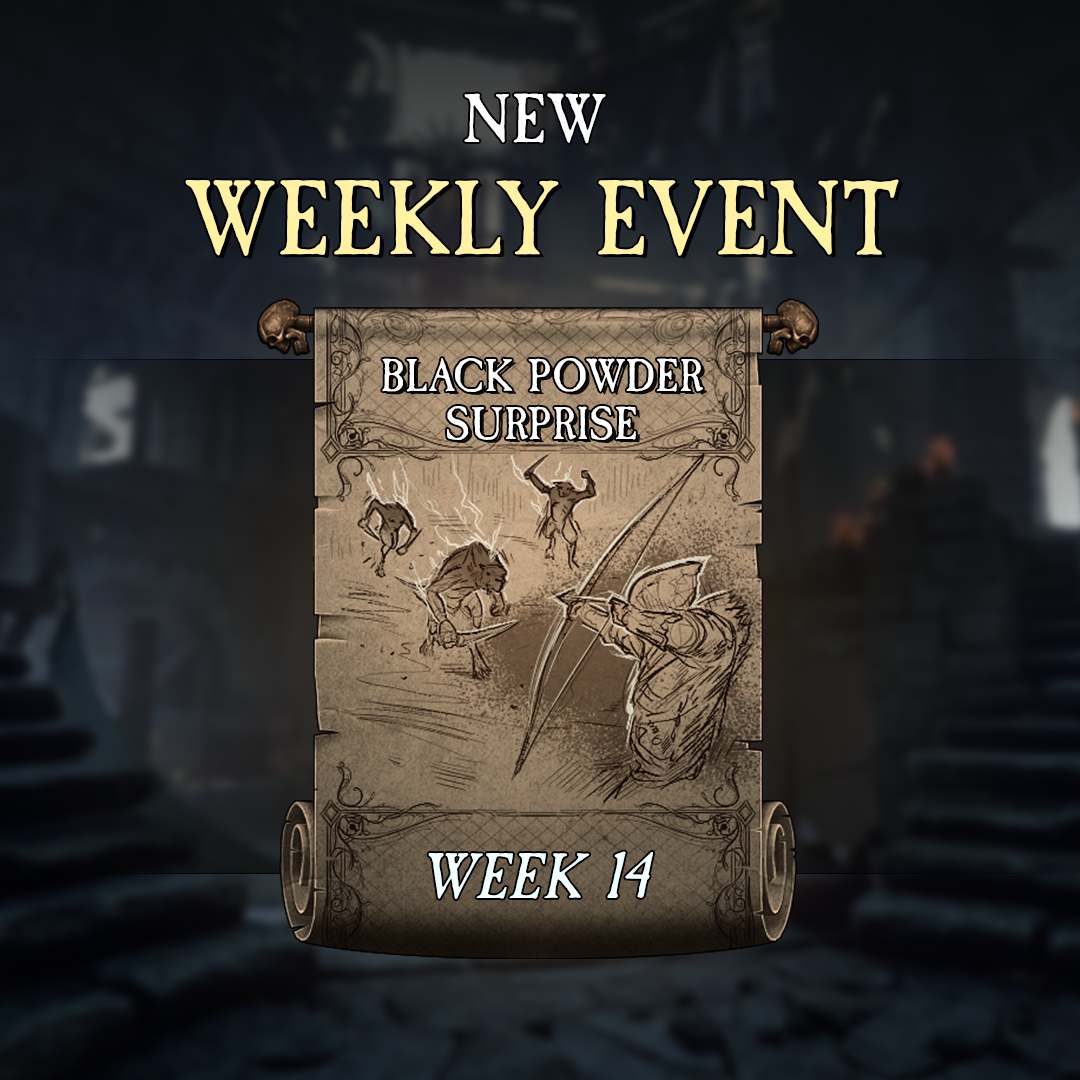 It’s another week, and today we’re updating Vermintide 2 with a new set of Weekly Events as well as a few fixes and tweaks.

If only the Rotbloods worshipped Khorne, we could starve them out of power by turning the blood off. Now from whence would the blood flow? Clever play on their part to worship some kind of overgrown, disease-ridden blob of flesh instead. Who needs friends when you can just get Hepatitis B, am I right?

On a more serious note, thanks for fixing that Bardin Drakegun bug. 'Twas getting disorienting during fights and I’m afraid Sienna was starting to develop an inferiority complex.

Sigmar has truly blessed us this day.

I bloody hate this day.

Fixed wonky patch number in the title. Sorry for the confusion.

Is this just one of these modifier thingies with zero reward behind it again?

They said they’re gonna add rewards at some point. Guessing it’s gone be tied to the cosmetic shop or something? Still tho, why not give us weekly quests for commendation chests tied to these events in the mean time

I hope you add those headless kamikaze ekhu ekhu i mean glorious skaven bombers to normal play because they are freaking amazing, just as special spawn (5-6 of them instead of one special)
Only missing is some of characters saying “AAAAA yourself!”
Now we only need Kleer Skeleton

I don’t get ANY drakefire gun flames now, even from the spout of the gun.

tootles off to bug section

Also the bomb rats is fantastic. Such fun.

…I figured this was a trollish patch but i still wana ask if you guys are still shipping bugfixes when doing a patch for real?

This was a serious patch, and they did ship some bugfixes.

It’s right there in the notes.

Either they did fix the bug, and just didn’t include it in the notes, or it’s going to be fixed by next patch.

Just because a bug wasn’t fixed doesn’t mean the entire patch was a joke and no effort was put into it whatsoever.

Perhaps i was unclear, i made a post about a bug and @Fatshark_Hedge literally wrote a bugfix was getting shipped with the next patch.

And actually, that bug has been around like…2 or 3 patches by now…i can still endure waiting but i dont like being told that something will happen at a point but then it doesnt.

Kinda feels like being given a empty promise you know?

'Tis why it’s so dangerous to make promises nowadays, especially on the internet. Fatshark has also been saying they’re working on pushing a patch on consoles, yet everytime they make any statement, people just ignore it and keep screaming at them for no reason, even though I’m certain they’re doing their hardest.

Hedge might’ve forgotten about the bug, or he thought a solution was already found for the bug by the time he made the statement, but that ended up not being the case.

When they get around to it, I’m certain they’ll fix it. As long as it’s not something actually game-breaking (as I haven’t stumbled upon any truly game-breaking bugs myself), you should, like you said yourself, just endure waiting.

It’s unfortunately not something that you, I, or any of us as the consumers can do anything about. It’s in the hands of Fatshark.