Welcome to Patch 1.5 - bringing you two new features and of course some fixes and tweaks.

Introducing the new Weekly Events ! We hinted at these live on our Fatshark Stream a few weeks ago and we’re pleased to bring you the first set of Weekly Events with this update. Think of these like Mutators that shake up the gameplay and add new interesting twists to the Vermintide experience you know and love.

This update also introduces the long awaited chance to populate the Picture Frames found on the walls of your Keep. You can start accessioning your collection of fine works as of today. Details on how the current batch of available art is acquired can be found in the patch notes that follow.

We’d also love it if you could spent a couple of minutes with our 1.5 Feedback Survey once you’ve had a chance to check the patch out. Feedback is anonymous there, but if you’d also like to discuss feedback with your fellow rat slayers, the Fatshark Forums are still open for business!

Now on to the notes:

We want to smooth out the progression curve for players across the board. If a player doesn’t feel comfortable playing on a higher difficulty their level progression would be severely stifled, further increasing the time it takes for their character to reach a Hero Power that would make it easier to bridge the gap.

UM, So I understand there was something said about UI scaling. But seriously. Did you have to force us to have to use the GIGANTIC MENU aswell?
The menu buttons used to be so much smaller i 1440p. Now they are covering 30% - 50% of the screen. Really sigh… I actually prefered when it was smaller thank you.

So how do I fix this annoyance.

Another complaint while I’m at it. Been trying to play the new mode now. Love it btw.
But why do I keep getting connected to hosts over in the US or Asia? I’m in EU. I don’t want to play with +300 ping.
An option to host yourself would be good. (Like the solo QP mod) but for the new event.
So far I keep getting connected to US and Asian games ONLY. Instead of the game actually understanding “hey maybe you should host”. Had to leave 5 games sofar while trying to get a decent game myself. This is tedious. And yes, the range is set to the lowest possible which is medium…

I’m curious about this as well. The dev who committed the changes isn’t available for a few days but I’ve asked the question.

So how do I fix this annoyance.

We’re looking in to it.

Sounds like a great update. If it had worked.

I’ve played this game for nearly 500 hours by now, I don’t think I’ve had a single crash for atleast the last 250. However, after this update, the game crashes when trying to join friends, it has crashed twice in the middle of a map when I’ve played the mutator-mode. It’s unplayable right now. Come on now Fatshark, why do you keep releasing stuff if they aren’t ready?

I think the mutator-mode seems fantastic, but if you can’t play it, what does it matter how fantastic it is?

Got a lot of issues with the patch:

On the pit you cannot pick up the first grim, since the roof builds an invisible barrier

In Twitch mode only the host can see the votes

You might have seen those picture frames in the Keep for the last year - well now it’s finally time to populate those frames. 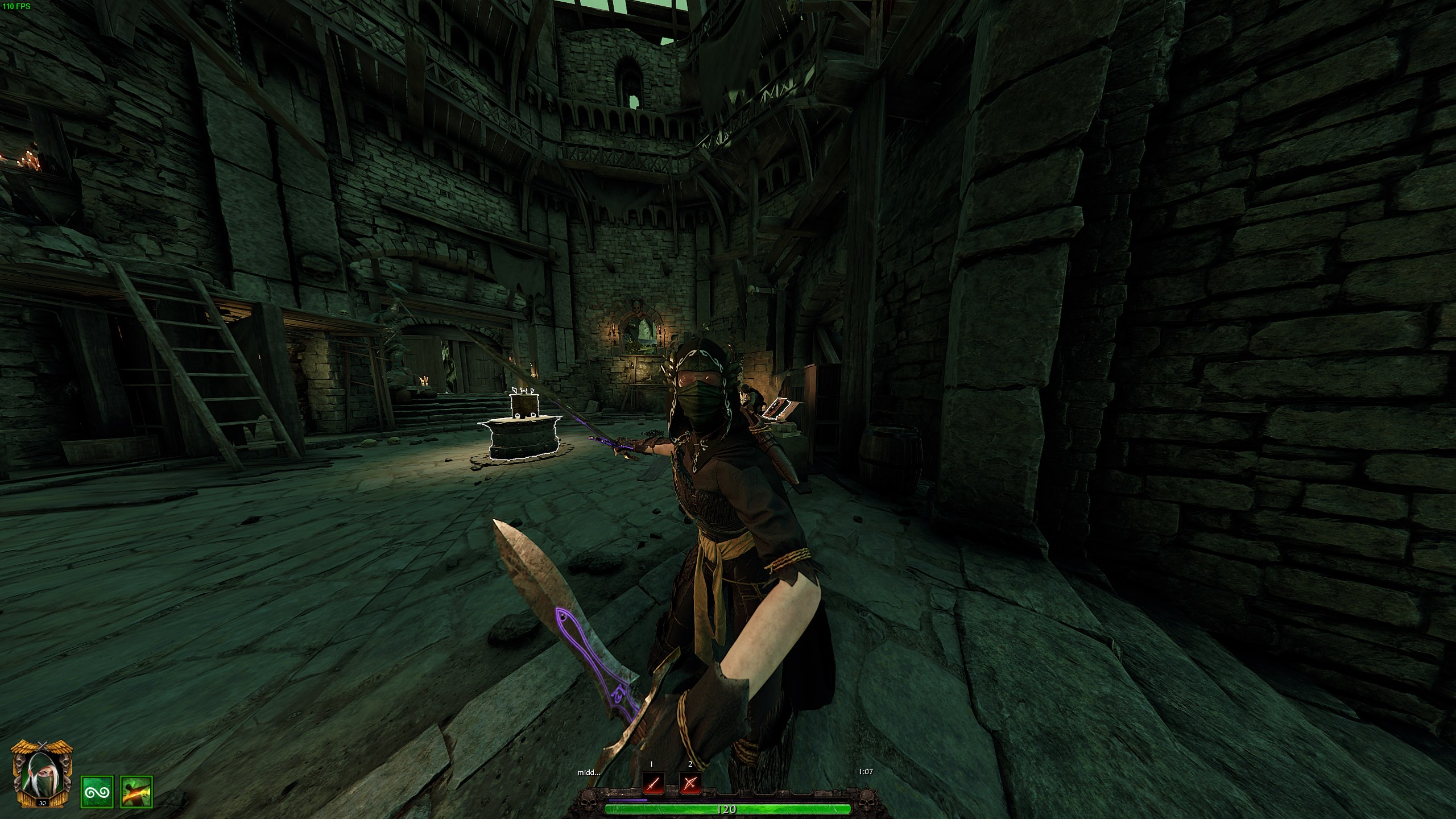 KERILLIAN just took spooky to a whole other level
WHERE ARE HERE EYES!? O_O

Elves use safety glasses, gotta be careful out there mayfly

As you did some clipping fixes, would you mind to do that for WHC’s V1 skin, the coat to be more precise, too? Pretty please!

@Silvah Looks like her eyes can’t handle DX12. We’re on it.

Another things. Game seems unstable atm in DX12. It’s not any performance issues or lag. More in the sense that the game just crashes for no reason during the new weekly event mode.
I tried with both mods ON and all mods OFF. It changes nothing.

collect 540 pieces of ravaged art from any mission… this is not content!

Even more pressure on the anniversary release to produce… something

Patch seems to be untested.

Huge performance drop for me and I see multiple threads on reddit stating the same. I haven’t been able to finish a map, all crashes.

The new “content” is… underwhelming. I just upgraded video cards and got a 30-40 fps drop in the game. This is frustrating. It’s ok to cater to the new players that came from humble and sales, but they we really need all the modes to now match Legend XP? Was that really the blocker to doing Legend?

Anywho, hope there is a hotfix soon

I have tried to finish the weekly challenge around 6 times. All crashes, finally managed on the 7th try without a crash

Removing the grind in order to reach 600 power is just an admission that it was never required in the first place.

I crashed while loading into my second game, too… no nothing, just QP.