Packmaster pulled me through the floor on Old Haunts

I was at the second grim on Old Haunts. There is a ladder beside the broken portal that leads up the mountain to where the grim is located. When I climbed up the ladder there was a packmaster at the top who grabbed me before I could get off the ladder.

A split second later my gromril knockback triggered, which pushed the packmaster into the wall beside the cliff. This appears to have pulled me underground before the packmaster fully let go. I was stuck there and when I moved 5 feet away from my initial position I hit an invisible wall and dropped dead. 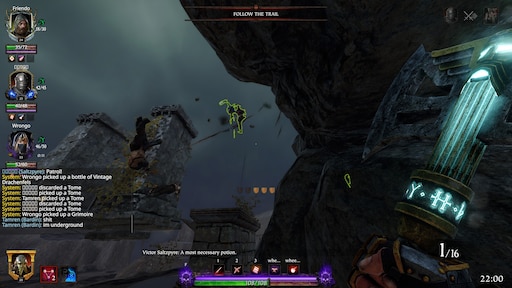 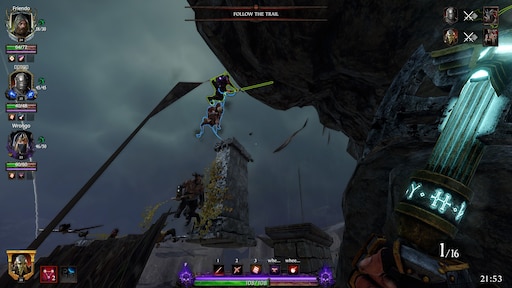