Twice now I had an issue where I can’t control the game anymore properly.
Think of it like trying to steer a car, but someone is holding the steering wheel tight and doesn’t let you spin it.
Walking is dodgy, it will often keep moving in a direction after releasing the key.
Attack and weapon switching needs spamming of the button, as the action keeps resetting to not being executed.
Shots can be spammed at faster than the allowed rate of fire, don’t consume ammo and don’t do anything.

It was solved after I died and had to be rescued.
I did Alt Tab out in between to see if that resolves the issue, it did not.

Reproduction:
I have no idea.
The second time I was firing my Lasgun at a charging Mutant, when suddenly out of nowhere I had my melee weapon equipped and got stuck in a blocking animation that was spammed.
Maybe it is related to the Mutant charging?

Mission name:
Happened in two different missions, I do not know what the second one is called, but the video shows.
It is the one with the daemonic growths in the smelter.
The first I can not recall. 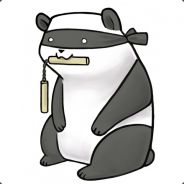 have the same problem. character loses control and stutter moves or i am able to shoot faster than the allowable rate of fire for the weapon. happens randomly and quite frequently for me.