Leopard pants for Ogryn? For real?

I didn’t know mourning star had a fashion designer on board.

Fashion week in the 41st millennium…

It’s the edgy stuff that brings in the most money, so who’s surprised, Saltzpyre’s piggy hat was no more or less curious after all.

Is pigmar one of the biggest sellers?

I don’t know, I don’t have FatShark sales data, but I would guess that this skin is at least high up.

At least, considering how many memes, profile pictures etc. there are of this skin.

I love the pants ogryn got, now psyker needs nice pants to go with that coat they got.

For the pants, zealot has a good one…

It’s the Fashion week on the Mourningstar !

this week’s shop items are testing a new way fs can squeeze more money out of people. this week the tops and bottoms aren’t part of the same set. over the next couple weeks you will likely see parts that look better matched with what is currently being sold. fs is hoping that’s enough to get some of you to buy twice.

Need a top for the zealot pants awell, the top it came with i don’t think matches good. Gotta wait for something new.

Because sh*t like this sells like mad. Just look at Killing floor and all the clown cosmetics they’re selling🤣 God forbid we actually have wh40k themed cosmetics, oh no no no…

You have to look majestic as fok, the Imperium UltraTurboGigaMegaFiveThousand World Destroying Emperor’s Toilet seat! If you buy now, you also get a Clown Fiesta pyjamas so you can look majestic while headpopin heretics and it also replaces Brain Burst because heretics kill themself when they see a clown rushing them with a Eviscerator’s Twisted candy cane skin!

Buy now while the offer stands, make the Empe… I mean, Tzeentch proud! 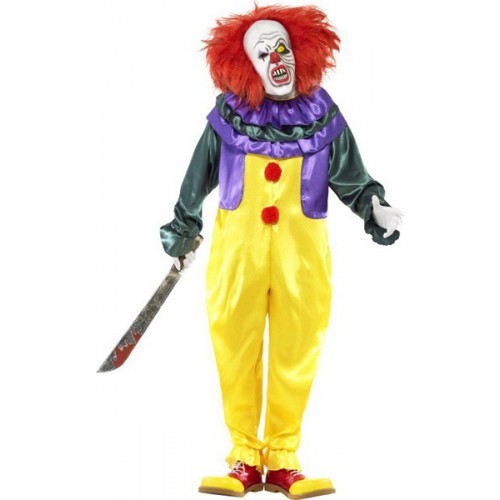 I bought it to wear ironically, not gonna lie.

God forbid we actually have wh40k themed cosmetics, oh no no no…

To be entirely fair leopard print was actually on theme in old style necromunda gangs, and since the new cosmetics seem to be more hive-ganger themed you could argue thats the look they went for. 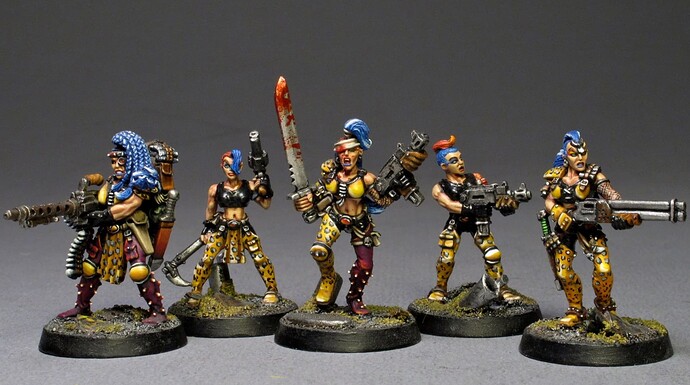