Burning Head unreliable on client side

I’m almost done with my 100 mission challenge for Pyromancer and I’ve got to say how awful it’s been playing as the Pyromancer.

I haven’t played Sienna since summer of 2018 and have never played as the Pyromacer as host so I don’t know if her Burning Head ability acts differently host side.

I agree that the 2018 version of Burning Head was extremely overpowered. It had some sort of aim bot mechanic to where you didn’t need to see the special but aim your ability in the sky and it would seek out any specials on the map.

While playing Pyromancer as client, her Burning Head ability is 90% unreliable. Just today, while playing on the same map, it just flew upwards into the air missing literally EVERYTHING in front of me. It’s gotten to the point where I will just not use my ability at all. It’s that frustrating. I will be describing my experiences from that one game below but it’s like this or worse in every game I play as Pyromancer.

War Camp
1.) 2nd grim location
Went to go light the 3rd candle on the farthest left side and was behind the big rock. I see an assassin skittering around on the other side. I hold my Burning Head out, walk out to target the assassin which was a good distance away and had a clear shot, then let go of it and dodged behind the rock. The Burning Head goes straight up completely missing the assassin and that assassin rat ends up pouncing me THROUGH THE ROCK I was hiding behind.

2-3.) Ribspreader fight
I drink a concoction potion and get 3 Burning Head charges. It’s the beginning of the fight with no other enemies around. The first 2 completely misses by going around Ribspreader then flying up despite having him locked on with a red outline and the 3rd ends up hitting him. I WAS LITERALLY STANDING IN FRONT OF HIM!

Out of almost 100 games, I feel like the Burning Head is broken. It seems to be more RNG geared than whether or not I have the target locked on. If there are no obstructions, no other enemies around, and the target is locked on then theoretically I should hit my target.

I am calling on to Fatshark to please take another look at the Burning Head ability and see what is going on and why it’s not hitting anything. I do not know if it behaves differently on host side but while playing as client, it’s best to not bother using it at all because it misses almost all of the time.

Plus, it gets me killed when it does miss and that irritates TF out of me especially when there are no obstructions between me and my locked on target.

Until it gets addressed or at least partially fixed, I don’t think I’ll ever play as Pyromancer once my hero challenge is done. That is how horrible her ability behaves for me.

I am sorry for the partial rant but I am up to my ears in frustration with Pyromancer and how her Burning Head ability behaves. I hold it down until my target is locked on and make sure there are no enemies or obstructions in the way and it not only misses my target but doesn’t hit anything at all behind the target.

The tracking is stupid 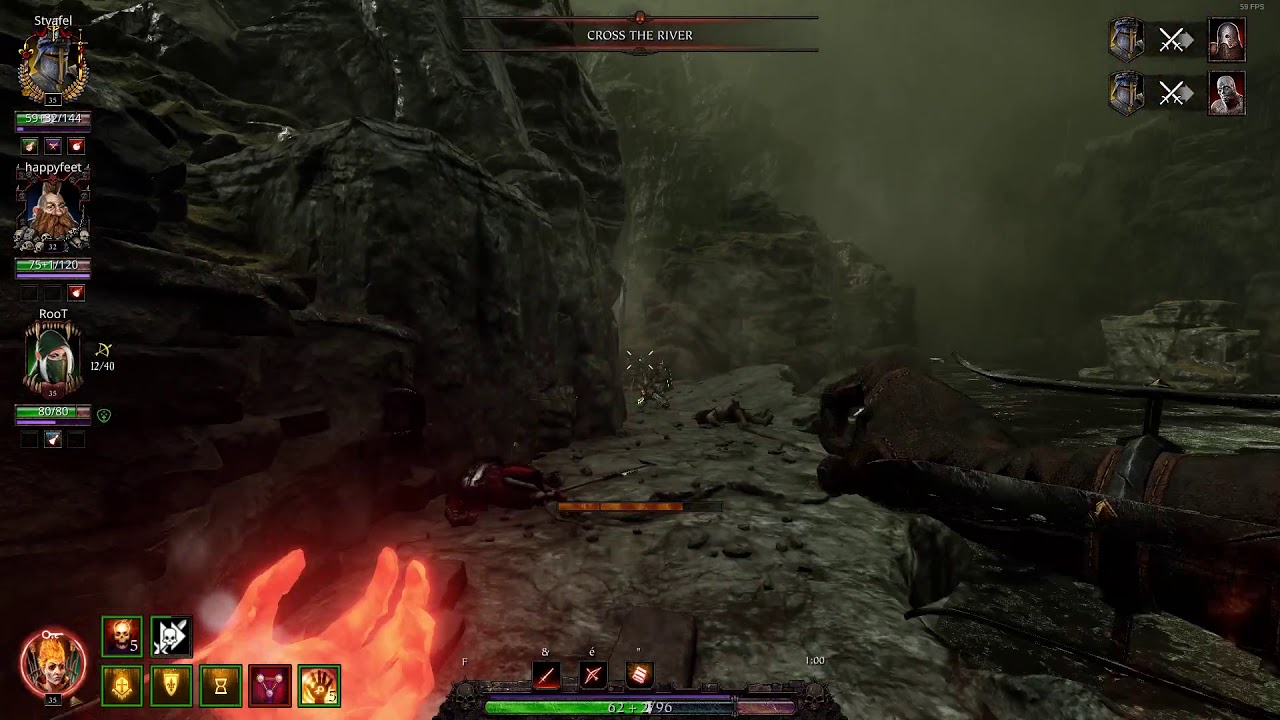 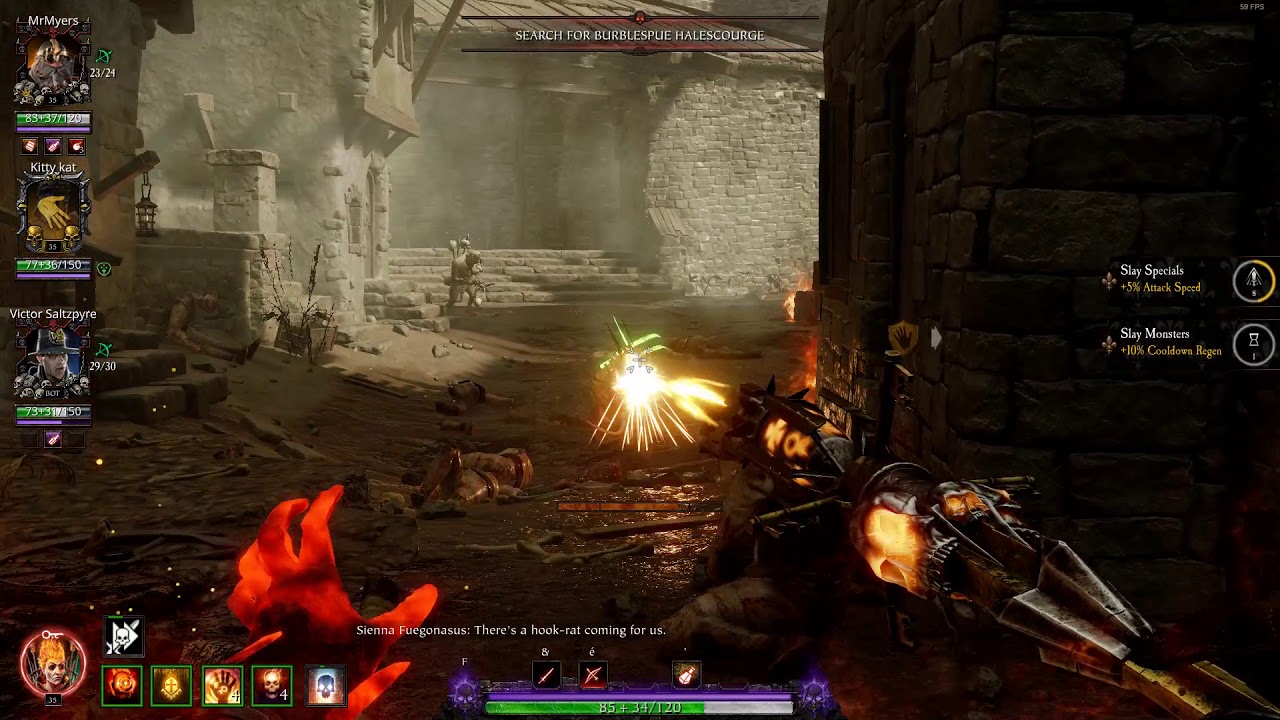 What really irritates me the most is when I hold down the Burning Head and get the red outline and it just farts everywhere on the map EXCEPT FOR THE TARGETED ENEMY!

I get why it was nerfed, but it’s basically unusable in it’s current state. I hope it gets addressed and fixed because there’s really no point in taking Pyro if her ability is going to be RNG based. I want something that’s reliable but I also don’t want the 2018 OP auto aim Burning Head.

I played through WS challenges and had a similar experience but it was more 50/50 instead of 10/90 compared to Burning Head in terms of hitting the targeted enemies. Still not good but somewhat better.

I have 5 missions left for Pyro’s 100 mission challenge and if her Burning Head doesn’t get fixed, I might never play that career again. The ability is that awful and I normally love playing as Sienna.

Its not only burning head, wutelgi kurnous fly have same tendency to be wonky as hell but because its way faster have more cleave (in total not sure if its per arrow comparable) and its x3 its not as obviously stupid as burning head.

its x3 its not as obviously stupid as burning head.

I agree with this. When I was doing my WS challenge, it was still wonky but not as frustrating as Burning Head.

But it’s still garbage as it seems to be RNG based as well. Abilities shouldn’t have any RNG basis at all and I can’t think of any other career outside of WS and Pyro that is RNG based.

Both need to be fixed to be honest but Burning Head is so much worse and needs immediate attention.