Bots can't navigate over this bridge in Cinder Peak

I died earlier in the map (amazing bug actually, catch rat missed me, ran off, then 5 seconds later my body got ragdolled around like I’d been grabbed and promptly dumped into the lava, host perspective confirmed I was not grabbed. Unfortunately, I wasn’t recording that part), I respawned on this ledge over the small bridge we’re facing.

After being revived the bot was unable to join us and was effectively trapped on a small bridge over the lava.

Is it even called Cinder Peak? I’m doubting myself now…

It also clearly demonstrates the well known dead horse of a problem where bots will casually stand in ground effects that they should move out of (that also killed the other bot before this clip started). 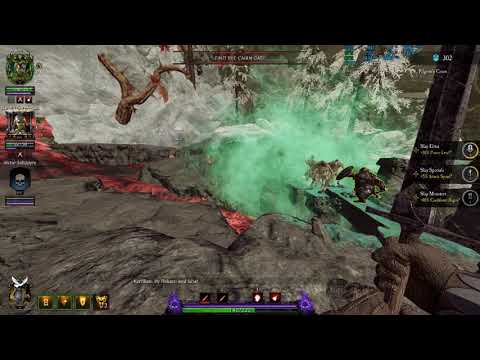 Area of terrain on Cinder Peak can not be traversed by bots.
The bridge is too narrow and prevents them from being able to path over it, leaving them stuck.