Bot bugs and other bugs 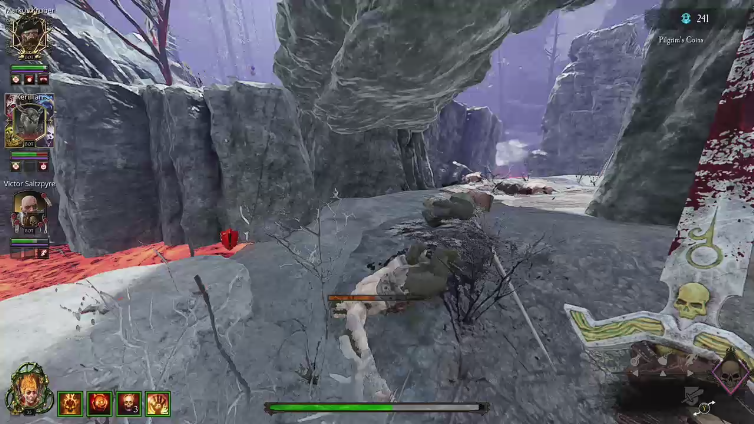 Ok 2 thing, bots shouldn’t walk off cliffs, secondly if a bot is hanging like this the other bots will not rescue them. 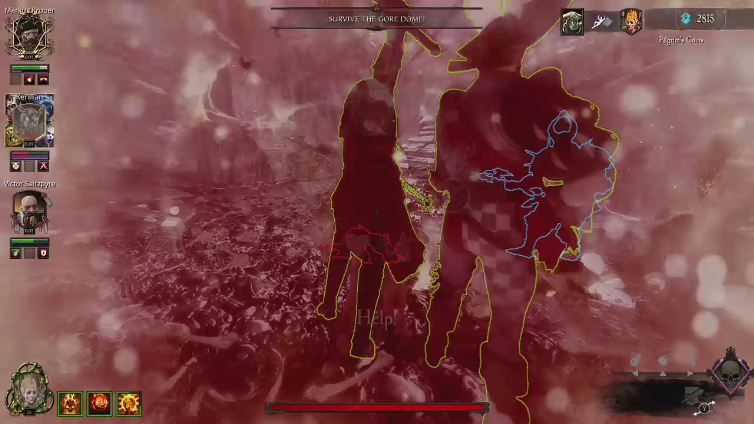 Ranged weapon drawn in this situation kruber accomplished nothing.
Fix the bot revive priorities.
Fix the bot situational awareness.
Any special active causes kruber specifically to do this wether there’s a monster, patrol or single enemy.
The result is often his immediate death and in this case he actively avoids a revive. 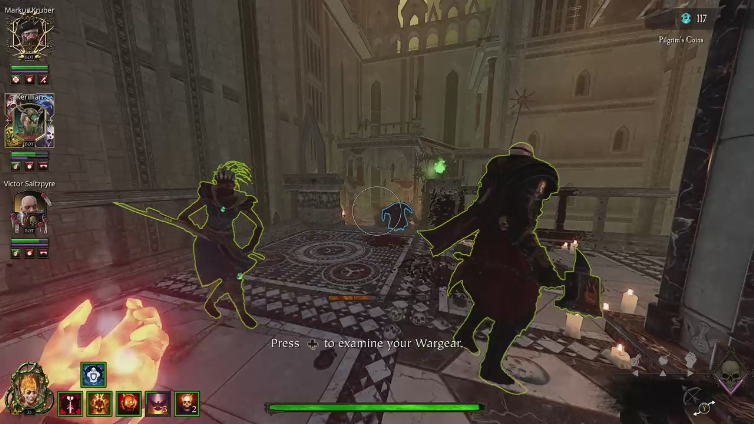 1 why is there a delay most characters weapon change outs
2 why can’t the bots see and attack the spirit.
3 why does kruber approach it with his gun out only to walk up to it, then switch weapons,
4 why does the second boon from harmony shrine trigger when a solo character gets stunned, it is supposed to be downed, it essentially is useless and does not function afterwards.
5 why do the bots always walk off the edges in this mission, any bridge is a death trap and the farther you get in the level the more prone they are to just walking off, or moving into position where a black rat can push them off. 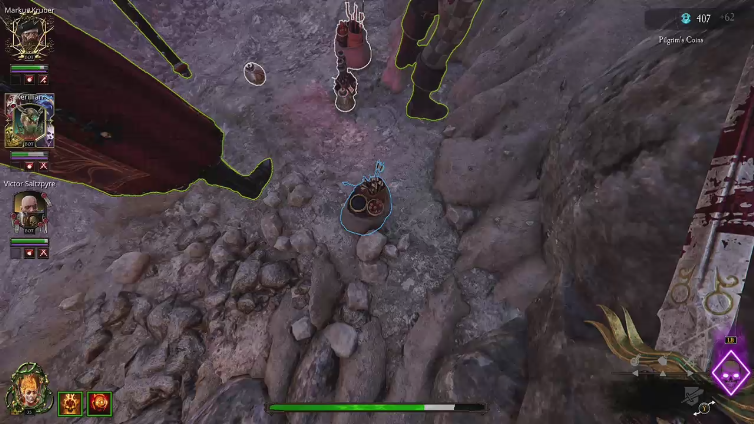 Kerillian locks up after receiving orders, she freezes also where she teleports to.
Order system needs work.
They should actually “watch out” or “help” or “follow me” when ordered.
At minimum “stick together” should lure them back if outside of a set radius, through a teleport if nessesary. They chase gas rats way too often and way to far. 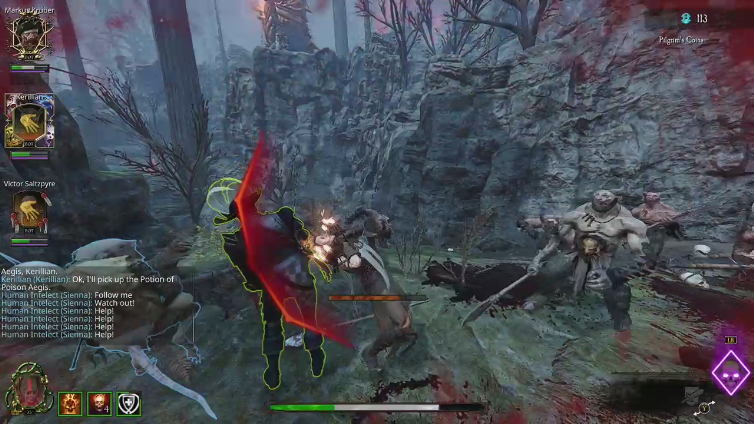 Forbidden trail is broken.
I started this mission as only character alive, kruber was waiting for rescue at the beginning, the other two bots were essentially at the beginning of the end event arena.
That’s like 70% of the entire mission.
Other missions do this as well, however this is the farthest I have seen respawns in the chaos waste missions. 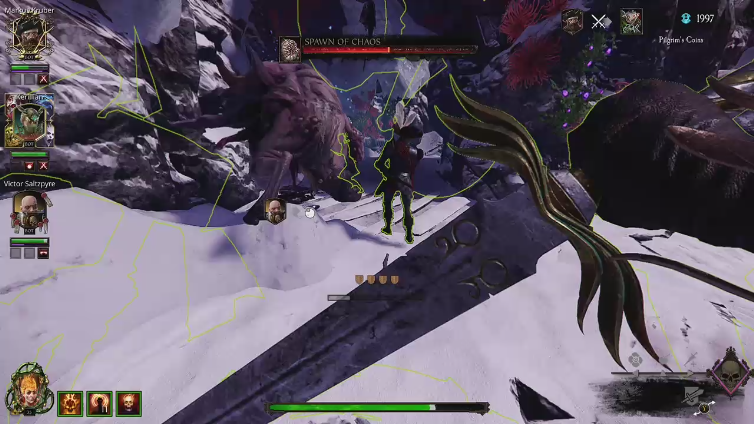 Kruber is inept when fighting monsters, he is almost certain to die first, even while wielding a shield, he refuses to dodge in a timely fashion for overheads. Bots shouldn’t die rapidly while fighting a monster in the open who does not have horde or specials as backup.

And the chaos spawns are glitched.
This happens once a day or more. 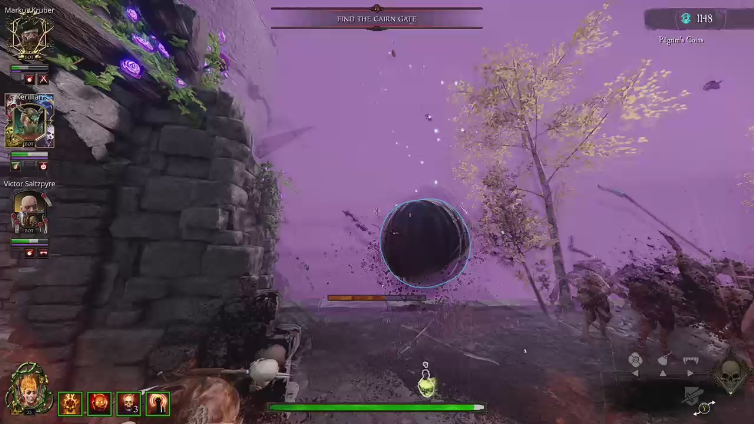 Warrior priest is at best, glitched, and seems to be pre nerfed. 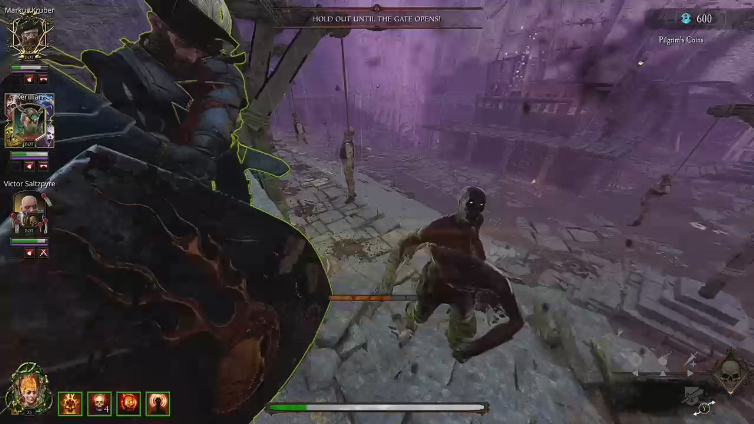 1 I guess walls aren’t a thing
2 what is going on with the revive drops? This is not a 1 off.
Can they not commit? Are they competing for the revive?
Either way this is failing. 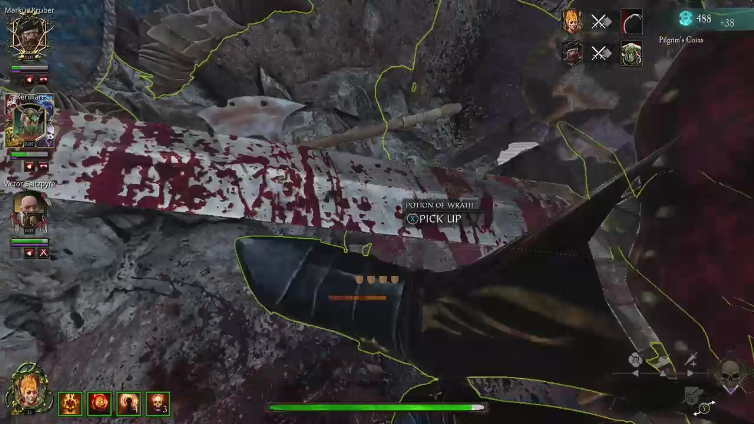 Besides the fact that I mess up here, there are so many problems with the bots.
1: I back away from the tornado, the bots should follow,
2 kerillian walks and stops directly in the center of the forming tornado
3 kruber has his ranged weapon drawn and yet still approaches the blightstormer as if he has his melee weapon equipped, all he has to do is shoot, instead he separates the party and leaves himself vulnerable.
4 kruber completely botched any possibility of a revive. NO HUMAN WOULD EVER OPERATE AS HE DOES HERE, premature career skill use, draws ranged weapon, stands on body without immediately initiating revive, does not initiate revive, leaves, immediately dies.

You need to fix this.
KRUBER IS BROKEN,
REVIVE PROCEDURES NEED REWORKING.
Seriously I’ve been trying to get this fixed for over 3 years.

I don’t need them to be world killers, I just want them to not cause my death through their ineptitude for revives.

Offline crashes when you attempt to collect coins from loners emporium on the first day after reset.
Every single time. 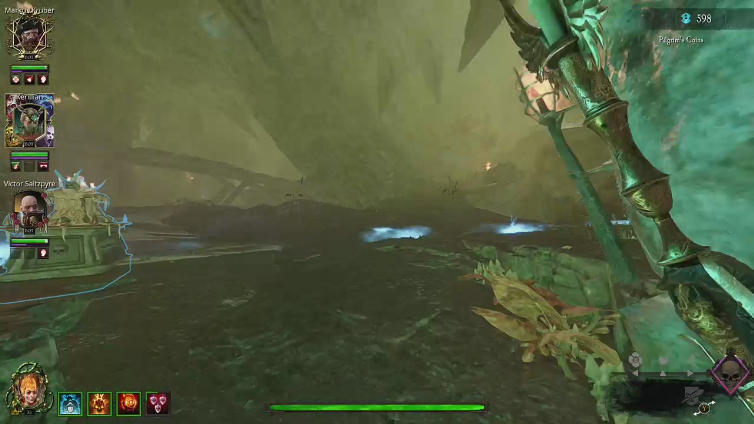 Everything that the bots that are supposed to be my allies is why people quit playing this game, it’s why they quit playing vermintide 1.
They chase specials, WAY into the distance and abandon you to assassins.
They run off cliffs, they stand in gas, they twiddle their thumbs and think about picking you up, when they should be picking you up, they stack up where a single elite can then push the lot of them off in one go.

Fix the revive procedures, fix the stacking issue on revive and monster fights. Fix the bots abandoning you so they can run up to a special instead of just shooting it and staying close to the team. 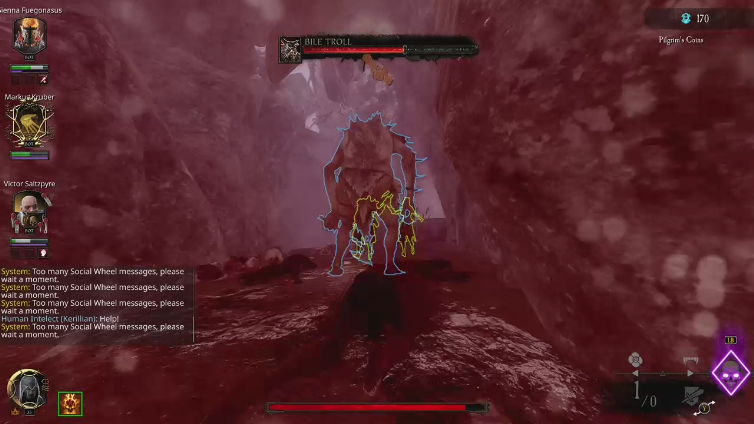 Everything the bots do here Is wrong.
Fix the bots priorities or let the host adjust them.
This is long overdue.