3.1 Charged Fireball staff doing no physical damage to Monks/Berserkers on shots that cleave

Summary
Fireball staff charged attacks can cleave through lesser enemies, doing physical damage and a DOT as it cleaves. Against Monks and Berserkers the physical component is not occurring.
Critical attacks are working as intended so best NOT to use Pyro for this test.

Steps to reproduce
In the modded realm, spawn a Monk or a Berserker using creature spawner mod.

Make sure to place the Monk/Berserker on a ledge or similar area to help stop unwanted AOE damage from the fireball hitting the ground.

Expected Result
Charged fireballs should do physical damage and a DOT on cleaving Monks and Berserkers.

Observed Result
Charged fireballs is only doing DOT damage on cleave against Monks/Berserkers.
Critical charged fireballs ARE doing the intended physical component and the DOT.

Video example showing attacks against a Monk and Berserker. As well as a Mauler to show intended behavior. Note the few times critical attacks occur that they do intended damage.
Also attacked at the feet of a 2nd Berserker to show how much faster the AOE explosion was killing them. 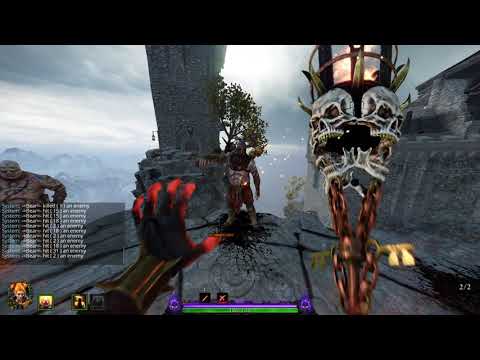 Notes
Critical Fireballs seem to function as intended
If the Fireball explodes on the ground or an enemy it can’t cleave, it is still doing proper AOE damage, so against Monks/Berserkers aim at the ground if using charged fireball attacks.

That’s a weird one. Can’t wait till it’s patched in >= 3 months from now