In Trail of Treachery, “investigate the crate” part, at the drop-down before the finale, a monster could spawn, also spawning a boss wall that could separate those that have dropped down from those that haven’t.

In the screenshots below, Kerillian (the host) and I (Kruber) have been able to drop down when the boss music played, then a monster and a boss wall just before the drop-down appeared. Bardin, who wasn’t able to drop down, was blocked from dropping down by the boss wall, forcing him to fight the monster without Kerillian and me. 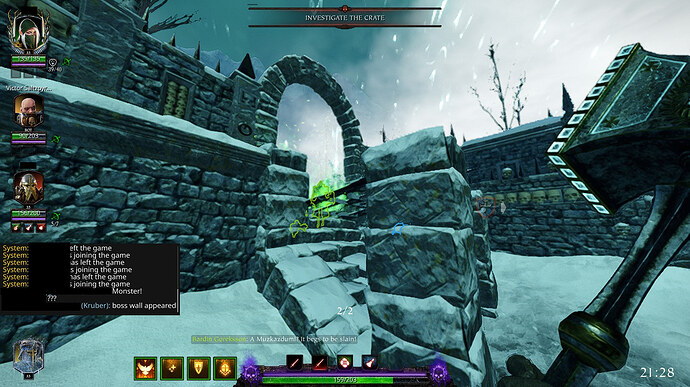 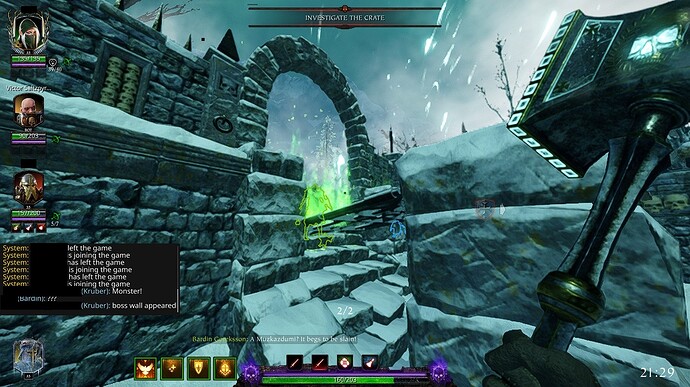 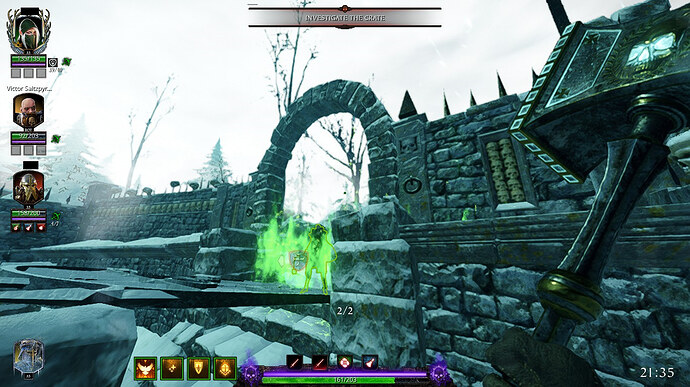 What should happen: The monster and boss wall should spawn before any of the players have dropped down, so no one gets separated by a boss wall.