The ground is missing

Was playing around in Chaos Wastes (Horsepts Tower or whatever it was called), and suddenly the ground was missing.
Literally missing. My friend could see and walk on it just fine, but I couldn’t even take a step and had to die and wait for him to complete the map.

Had it happen 2 times so far, both times I was late joining Holsher’s Tower map in progress, different variations of it. I believe that’s pattern to replicate issue. Stairs were partially rendered, there was no collision whatsoever, I just had to kill myself. Unfortunately from that point on nothing was loaded in properly so as soon as I got picked up I had to suicide again. 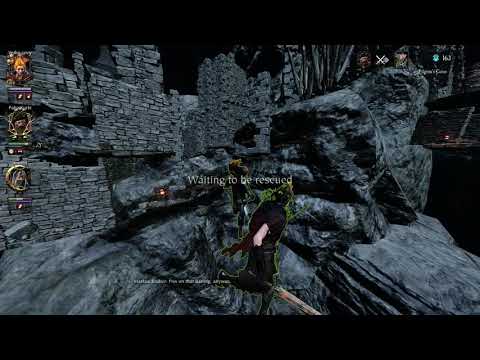