There was one Sniper situation where I was behind a low wall with a wide gapped fence on it, I was crouching from the sniper line of sight, but I could still see him and target him through the gap when I did a quick stand-up, only to be not able to use brain burst on him through the gap and I have to jump so that I can target the sniper over the fence, only to get shot and downed by the Sniper…

I did not participate in the close beta, but seriously no Psyker brought this up during the CBT???

This has happened to me as well, and what has caused me to make an account so that I can post regarding the Brain Burst targeting and Warp shots from Force Staves.

There are enemies that will take cover on guard rails that openly show their entire body or are firing bullets at me through chain link fences but I can’t counter attack with Brain Burst as it just doesn’t attach to the enemy. Even though you could charge the Brain Burst manually, you still can’t use it on the enemy in that situation as they’re technically in cover (even if their whole body is exposed).

If this is intentional then so be it, but I think it would be a much better time as a Psyker player if you can target enemies with Brain Burst that are in cover that does not fully protect their bodies (e.g. open guard rails) and be able to fire warp shots from Force Staves through fences. 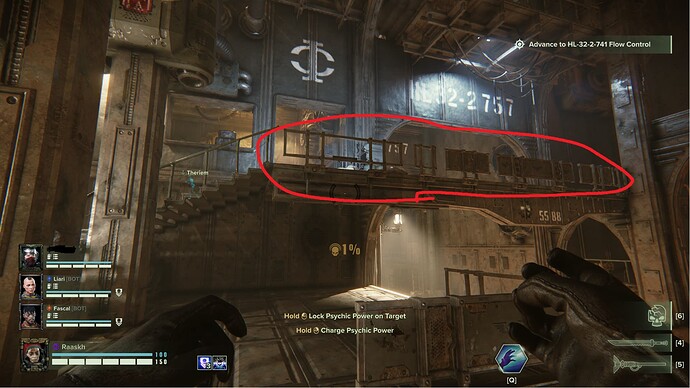 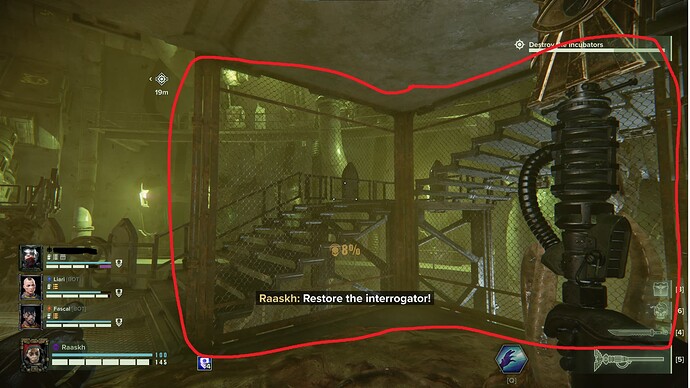 The psyker needs a whole rework and this is one of the most urgent ones.
Even an elite crouching behind a mid size crate with his head showing can not be targeted somehow.

Parts of the - mysterious reasons - nerf to the ground of the class from closed beta.

I’ve seen a lot of good suggestions from people here on the forum regarding the Psyker and I can only hope that the class will get some love soon!

It feels like a bug rather than a design choice.
Otherwise it would be counter-intuitive as you can shoot void projectiles (staff) (and hit them) with the same line of sight/fire, but not lock them for BB.
In those cases it’s very frustrating and inconsistent with how BB is used in general.

Hopefully, the gameplay team will take a look at this issue.

Those pictures are very good examples. Thanks @Hyuckman !