The Chaos Wastes was released right before the summer, and you have been exploring these unpredictable lands ever since. In this dev blog, you can find out more about the next addition to Chaos Wastes: the Grudge Mark Update.

The Grudge Mark Update is free to all players and will be released on October 28th on all platforms together with Geheimnisnacht.

In Chaos Wastes you start out with a low power level and as you move through the expeditions you become increasingly powerful. With this update, we want to give you something to hit that is more resistant to the heroes’ ever-increasing power in the Wastes.

The Grudge Marked enemies are not your everyday Chaos Spawn, Bile Troll, or Rat Ogre. Recognizable by the spears poking through their backs, a grudge-marked monster provides an extra challenge in the Wastes.

The Grudge Marked monster receives a random set of attributes modifying their offensive and defensive behavior. Any hero wishing to survive should pay special attention to these attributes. There are 10 attributes total coming in this update, and we will reveal more about them leading up to the release.

The number of attributes applied depends on difficulty. A Grudge Marked monster can have a minimum amount of 0 attributes and a maximum of 3.

Within Chaos Wastes you will face a Grudge Marked monster at the end of an expedition in the arenas, and they also have a chance to spawn from Cursed Shrines.

Together with the Grudge Marked monsters, Okri is providing you with more challenges to complete with new rewards to be earned.

*Owners of a Premium Career(s) will receive 4 extra challenges per career to unlock an extra skin color variation per owned career.

New Premium Hats and Skins will be available for purchase in Lohner’s Emporium of Wonders.

This time we are adding new premium cosmetics to the following careers:

Anything else in the Update which is not mentioned here?

Yep, we’ll have more updates on that in the coming couple of weeks!

Looking forward to it! Pressing my thumbs for some personally wished for changes.

Any chance we’ll see Grudge Marks for lesser enemies or outside the Wastes, for example in Cataclysm QP?

Surely skarrik and gatekeeper could get some of these grudge marks so they last longer than foam in a wind tunnel.

And hopefully longer than a honey-covered puppy in with some grizzlies and a gorilla.

Glad you guys are still adding stuff, you take long but boy its worth it.
Hows that ps5 xbawks series x version coming along? i got some people interested (i never stopped spreading the word of sigmar)
Edit: its already out, i am slow, sorry.

Please see about adding these grudged marked bosses in QP, would be nice is bosses werent deleted within 10 seconds of being born.
@Fatshark_Hedge is there any talk about 100 mission completions being achievable in Chaos Wastes?

That helmet would be really great

Death to all ratlings!

His new career wont be there on this release.

@Fatshark_Hedge is there any talk about 100 mission completions being achievable in Chaos Wastes?

If you adjust the Weekly Quests in a way that they can be done in Chaos Wastes/Weaves too, I may shed a tear.

I suspected it a little, but I still have the conviction to see its release after this update, 1 year after “Outcast Ingineer”.

Roll on the end of November! 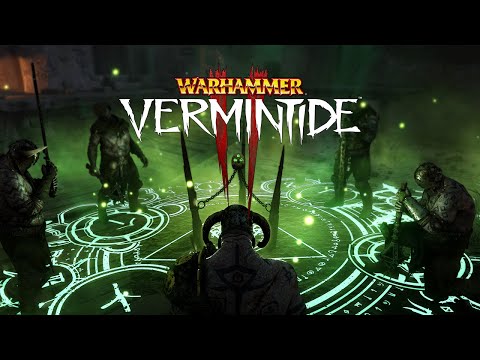 Damn, that handmaiden “premium” skin looks so alike the default one I did not even recognize it in that trailer at first.