Why is Huntsman the jankiest and worst feeling ranged career?

This isn’t about Huntsman being viable. It’s about how terrible and janky some of his gameplay designs are. See the points below: 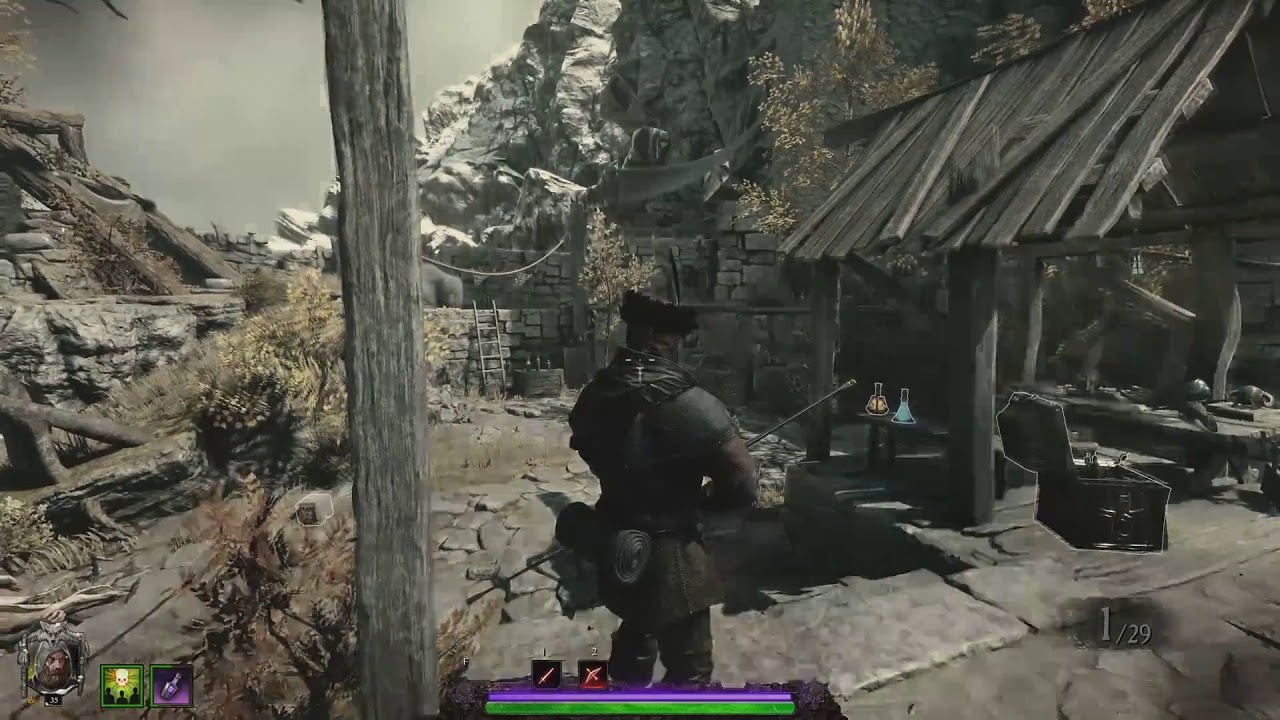 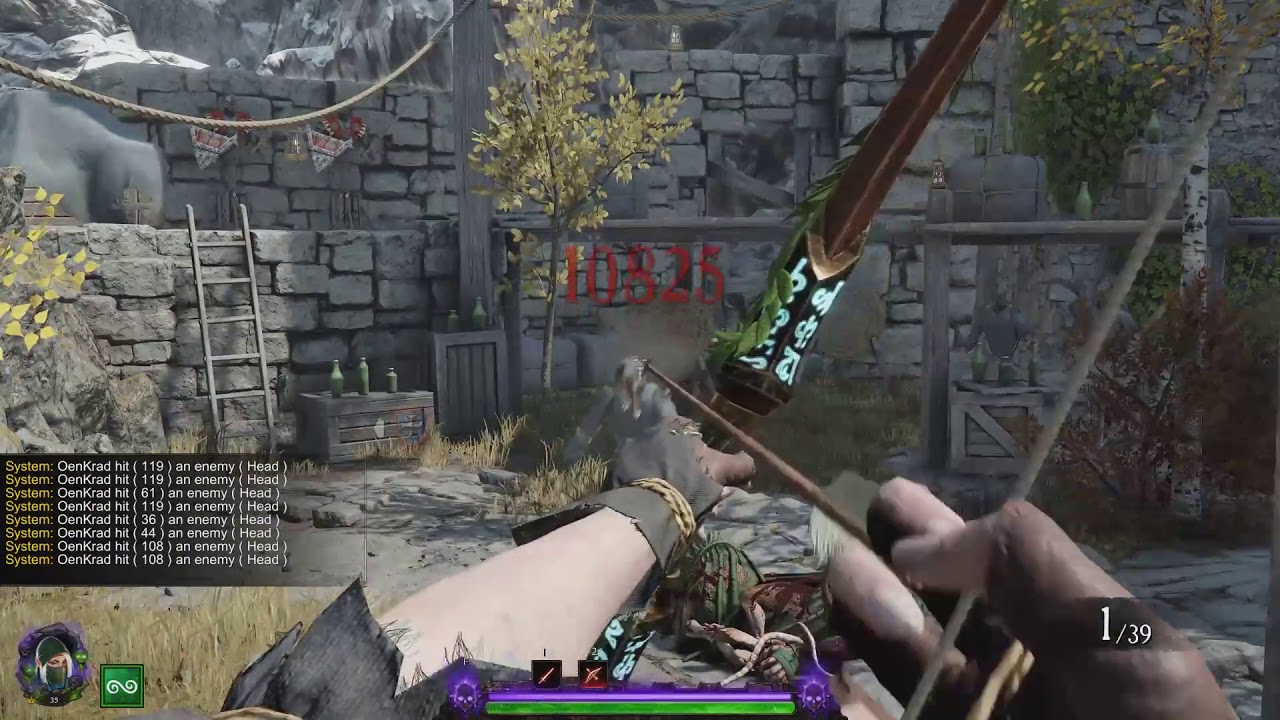 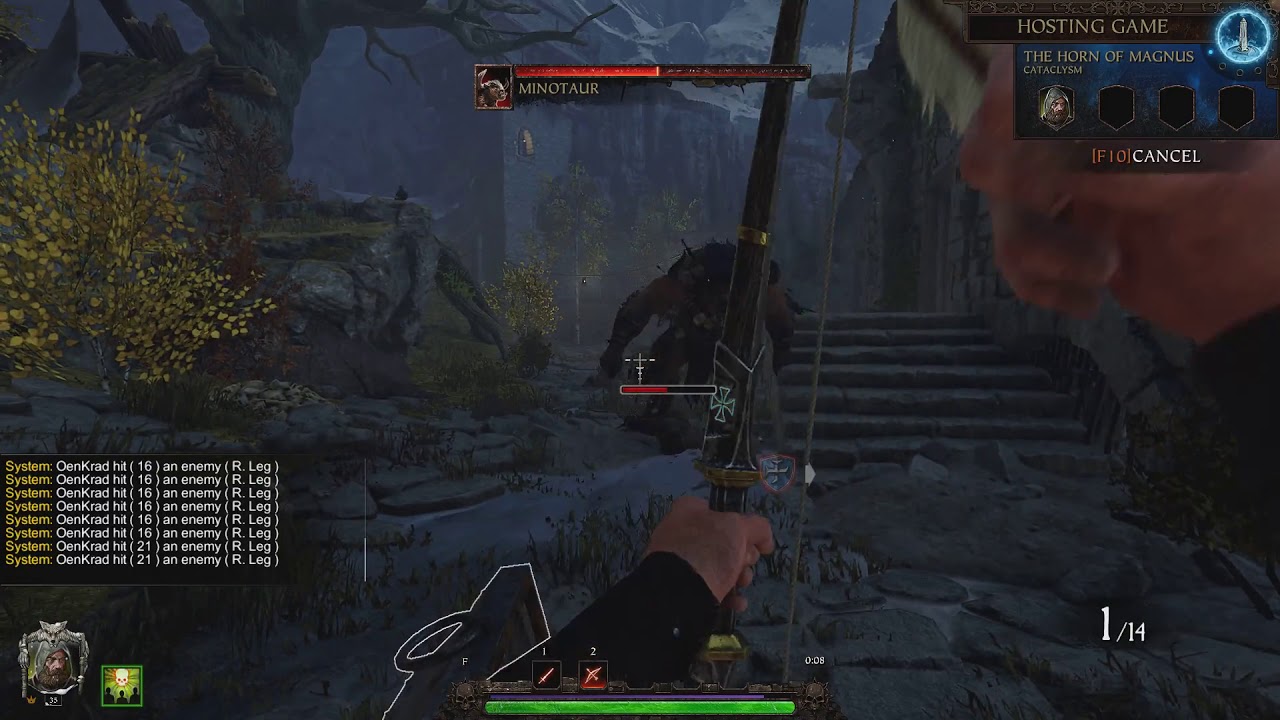 [Moved the below into the OP to consolidate the information]

Huntsman’s ult . Beyond crouching down animation, his ult has other malus, like less movement speed and less dodge efficieny . But mostly: why reload speed bonus doens’t work with Bow? A totally wasted bonus.

That’s right. I meant to also add that he, like every character besides Kerillian, can’t move through enemies when stealthed. I would hope that’s an oversight? Every character should be able to move through enemies when stealthed. Stealth just feels clunky otherwise. I’d like to emphasize that Kerillian’s stealth feels great and the other stealth should match that great feel and play. 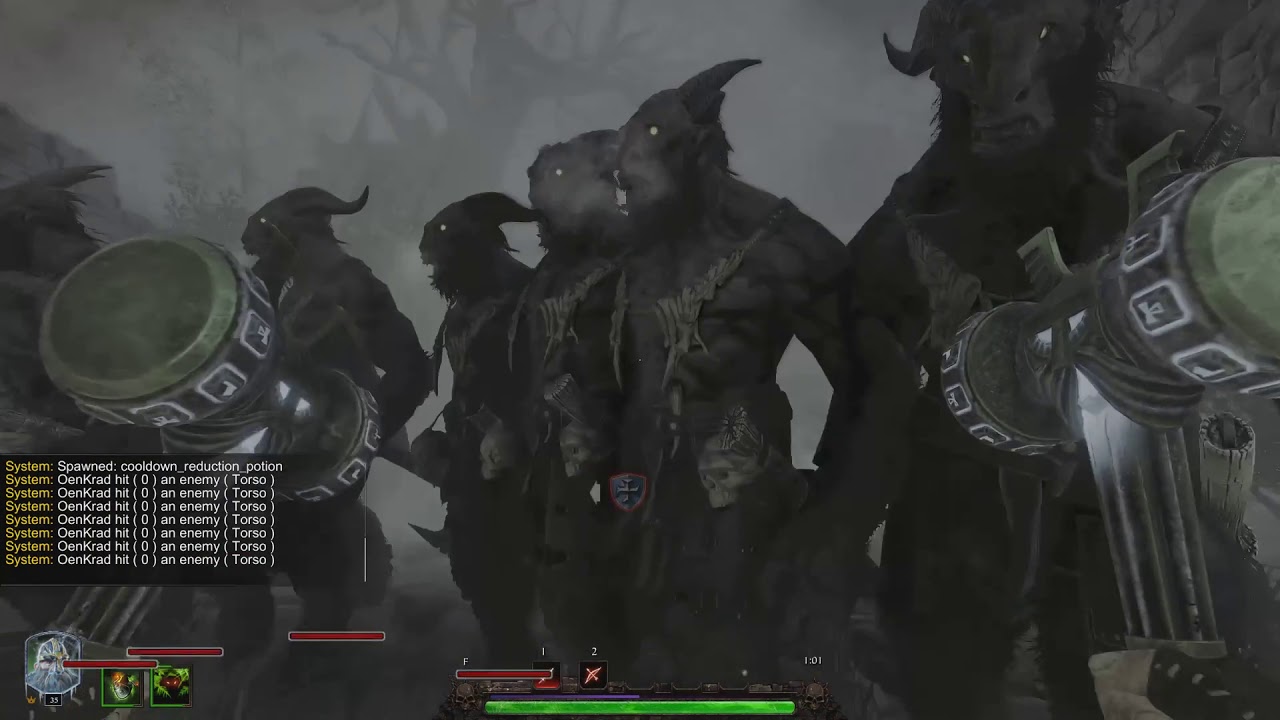 You are totally right. And you have perfectly exposed some objective facts.

But if I can, I would have other stuff to add (obvly IMHO):

Yeah the Huntsman is pretty bad, he definitely needs buffs and the jank zoom fixed on his longbow.

Well, I agree also about this… but I think it’s for lore reasons. Krub is just a poor human. Bardin is just a poor dwarf. While Keri is a MaGiC eLf!11 and she can go through enemies thanks some her power.

But yes, without doubt, this is another Huntsman disadvantage. His ult can’t be used as “panic button” to escape from bad situation or quickly reach a downed friend.

I played a ton of huntsman with longbow.

It was a blessing for me. Because playing on 100 fov, i no longer was forced to endure sickening rapid fov changes every time i choose to do a heavy charged shot (which gets a lot of use).
Plus, it was fun aiming challenge - to headshot stuff w/o zoom.
Also it felt that hitting stuff is simply easier, especially fast moving stuff. Because with zoom, you have a moment when your fov transitions, during which your target leading is disturbed.

That’s why i didn’t liked handgun huntsman at all. The zoom is so powerful, while stuff you shoot usually hangs in close-med range. W/o zoom headshotting is impossible unless really close.

And at some point, the bow was blessed with a much earlier zoom, ensuring that if you want a heavy charged, you’ll get zoom.

The entire appeal of this weapon was lost for me

Early empire longbow was a breath of fresh air amongst other precision ranged weapons, a weapon that requred you headshots to excel, yet free of zoom nausea. It was a challenge for your aim, with proper reward.

I would think moving through enemies during stealth would be more like “slipping through them because they can’t see you”, but maybe the reason is “because elf”. Either way, from a sheer gameplay perspective, it would be a lot nicer if it was changed to feel better.

And at some point, the bow was blessed with a much earlier zoom, ensuring that if you want a heavy charged, you’ll get zoom.

I believe I remember that now, despite having forgotten it. It’d be a hell of a lot nicer if you could hit the “special” key to toggle zoom or something and then have it stay zoomed so long as you are holding RMB. Or some kind of customization/options for players so it’s less obnoxious.

Man… I can understand your point of view… but please, I just would like a bow that feels good and fluid like every other ranged weapon. I hate the current zoom that gives me an headcache cause I’m forced to zoom in and out every time… but I also hate the previous zoom, when I had to do mental reasonings to know when I had full damage without zoom.

If a weapon have strong zoom on its attack, you should be able to switch between no zoom and zoom on the fly. (weapon special button could do, as a toggle, you can switch anytime with weapon equipped).

I’m not asking to add zoom on weapons w/o zoom by default, which would be unfair.
Having ability to not zoom with a sniper weapon is more of a QoL change.

Kruber has a talent called Maim. It does 30% more damage to injured enemies. What’s an injured enemy? Surely an enemy that is lower than 100% hp? Is that not the definition of injured?
Nope. It’s if an enemy has less than 50% health. Why is this talent so bad? The headshot talent blows it away.

That’s in need of a bug report right away, it’s to missleading to just be counted as feedback.

Kruber has a talent called Maim. It does 30% more damage to injured enemies. What’s an injured enemy? Surely an enemy that is lower than 100% hp? Is that not the definition of injured?
Nope. It’s if an enemy has less than 50% health. Why is this talent so bad? The headshot talent blows it away.

That’s in need of a bug report right away, it’s to missleading to just be counted as feedback.

It was actually mentioned at least twice before but it was consequently marked as “not-a-bug” in the one thread that was in the bug section of the forum. The other was posted in feedback. These are the threads:

Text of the Maim trait: ‘Ranged attacks deal 30% more damage to injured enemies…’ What is considered an injured enemy? after one shot or after one hit is injured?

While testing damage and talents for Huntsman on modded realm, I noticed that the Maim talent (“Ranged attacks deal 30% more damage to injured enemies.”) does not increase damage as anticipated. Here is a clip. I have many sanctioned mods that improve quality of life. These are the only non-sanctioned mods I had activated: -More Items Library -Give Weapon -Show Damage -Skip Cutscenes -Creature Spawner -True Solo QoL Tweaks I’m not sure if there are any sanctioned or unsanctioned mods t…

They never received acknowledgement or commentary from FS, so who knows if FS intends to change anything as a result of those threads. The OP of the bug thread could’ve just relabeled his thread as “not-a-bug”, so I don’t think there is a way to know if that was Fatshark’s doing either(and consequently knowing if they saw it).

Yeah they were both closed by the system, not a CM, so i guess they never saw them.

I like that he has a greater delay between shots and less mobility than Kerillian due to his higher power per shot…does he still have all those talents that buff his headshots even further like ----was it 50% bonus critchance after a headshot with no cd?

But i do agree that it shouldnt feel that clunky, he shouldnt have those really weird animations and he should indeed have the ability to pass through enemies as he unlike Bardin does not stay stealthed when he attacks.

Slow is one thing, having weird animations and a camera that jumps around when you dont want it to is another.

I think Kruber is kind of meant to be clunky, which is why he can’t slip by enemies while stealthed. It would be interesting if he had that “dodges push away smaller targets” effect when stealthed to be able to move past enemies obstructing your path, otherwise it kind of forces you to take the “attacks don’t break stealth” talent in order to get out of such situations. Longbow is totally fine imo, it has reasonable breakpoints even if the zooming is awkward, I’m used to it. The crouching during ult thing is also silly but you can avoid it with the “no wobble” mod. He does have some pretty crappy talents like OP mentioned. Second row has some awfully situational talents (I think the headshot damage bonus is the only way to 1 shot crit headshot a cw? ), otherwise, they are mainly meant for bosses, which huntsman doesn’t do that well in the first place. And master huntsman is too inconsistent, should be elite (or only special) kills give a temporary damage reduction.

This is not true. Thanks Bloodshot, Keri has better breakpoints.

Longbow is totally fine imo, it has reasonable breakpoints even if the zooming is awkward

Are you talking about Legend? Because his breakpoints, at Cataclysm, are terrible.

Yes on Legend, the difficulty MOST people play, if you wanna one shot things, go for the head, if you miss the head, a quick half charge body shot should still finish most things off.

All good points. I’d honestly be happy if Master Huntsman worked the same as Bounty Hunter’s talent, as these “improve your character via playing” talents are actually pretty cool. It’s one element from RPGs I think translates really well into this game.

If they still wanted to keep it different, make it an initial 10% damage reduction, that jumps to 30% if you kill a boss. Or tie it to headshots for stacks or something.

Also, yeah - his bow REALLY needs that zoom sorted, jeez. I like that it has a meatier feel and less mobility - he’s just a normal human, after all. In that vein - his ult makes so little sense. Kerillian - sure, it’s Elf magic/super agility. Bardin has his smoke bomb. Kruber just . . . ducks?

Weapons must be balanced for the highest difficulty. This is “a rule” applied in every game. It doesn’t mean that Legend “is a stup*d difficulty that doesn’t deserve anything”… but simply that we can’t ignore Cataclysm problems just because only few players play it.

Moreover, just saying “go for head”, it’s a wrong reasoning that can’t help to improve the game under no circumstances.

Wrong because, if we have more versatile/accurate weapons that they also have better breakpoints ON CATACLYSM (compared with Human Longbow), there is objectively a balance’s problem.

Yeah they were both closed by the system, not a CM, so i guess they never saw them.

We see them all. They’re closed a week after the last reply by the system to avoid threads being necro’d. Those issues are in fact not a bug, but could certainly use some expanding on in-game to make it clearer what injured means.

This is not true. Thanks Bloodshot, Keri has better breakpoints.

IMO Bloodshot is really OP and shouldnt actually be a thing.

Even with a condition like needing a melee kill first and then having a limited time its too strong as it is now.

I mean, name one enemy type aside from CW´s, bannerGor´s or bosses that actually survive a double longbow shot?

Heck even CW´s actually straight up die if you get a double crit headshot.