Which map is this screenshot from?

Found this one on the FS homepage/news as a… lets call it thumbnail for the ‘out now’ on PS4. It looks like Athel Yenlui, at least the background conifers do, but the map never featured deciduous trees as far as i remember. Also, this one features water and a sunken… pier of human design. I’m at a loss.
Also, sry for the low quality, couldn’t find a better one (well google couldn’t) 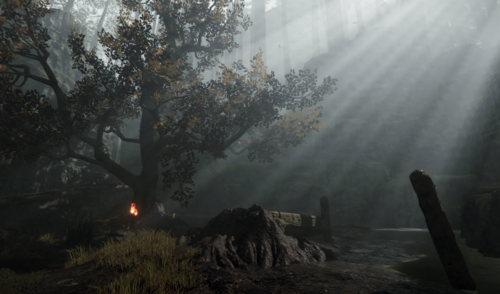 Edit: One other map features those high trees too, at the end of Festering Ground before the event, but even then, still not resembles a part of that area.

This is probably an early version of Festering Ground. The earliest use of that photo I found was 4 days before the release of Vermintide 2, the picture was uploaded to Vermintide wiki.

Ah man, that looks so much prettier than the camp sight. Kinda wish they left it like that if it is indeed the camp section of Festering Grounds.