What is the insignia?

at the corner of every Darktide related promo material. Does anyone know if this is just game logo, unit emblem or Atoma Prime coat of arms?

Most likely an Inquisitorial Insigna, the Wings of an Aquila, an Imperial Skull (No pointy teeth), the other part aren’t explainable just by looking at it, the forehead mark seem reminicent to a certain Imperial Guard Regiment iirc but I don’t remember which/the name

Thanks for the reply. I believe that this is more likely division insignia. By the way it is portrayed it looks like it is garrison type insignia. But at the same time it looks like heroes of the game were seconded to the place and are not stationed at Atoma Prime.

I saw the scales of justice in it, too, with the eyes being the arms. But it doesn’t seem to be any Adeptus Arbites symbol I know. My suspicion is that it is the personal emblem of the Inquisitor we will be serving.

I saw the scales of justice in it, too, with the eyes being the arms.

This insignia is more like Rorschach test. For me the upper jaw is like upside down tower and upper parts of the skull looks to me like two buildings of some kind but I can definitely see scales too.

Todays vox transmission has some orders adressed to a Moebian Sixth brigade with this symbol appearing on the cogitator.

I am not very versed in the 40k but I couldn’t find anything on them, so I am thinking it’s probably Fatsharks creation.

The traitor guard we’ll be fighting perhaps? Or would they not use imperial symbols anymore?

r/DarkTide - The enemies we will fight against in the Hive 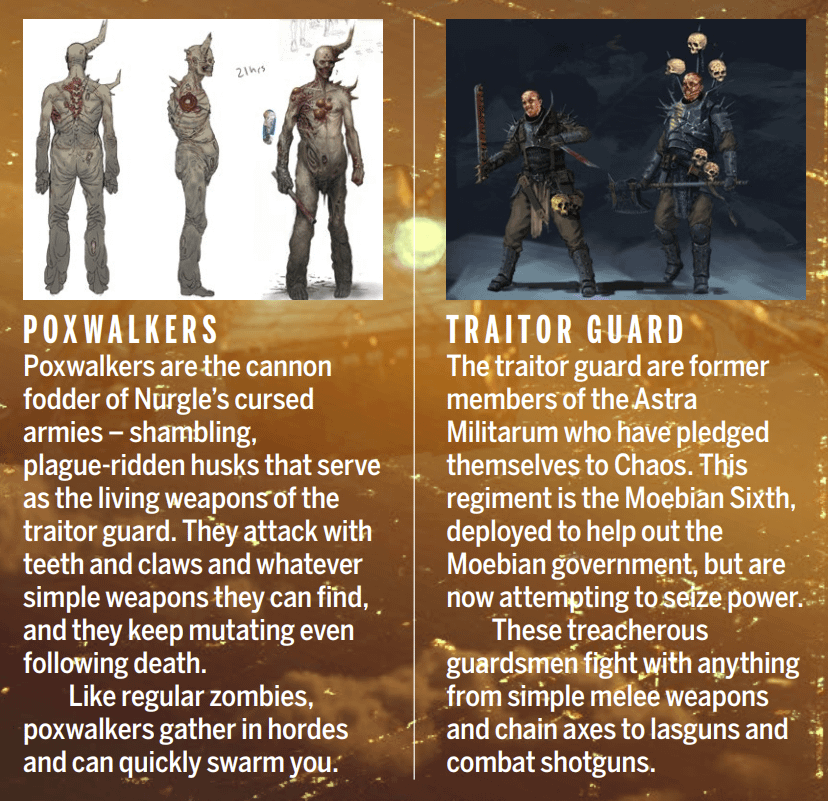 Yes, they are traitor guards.