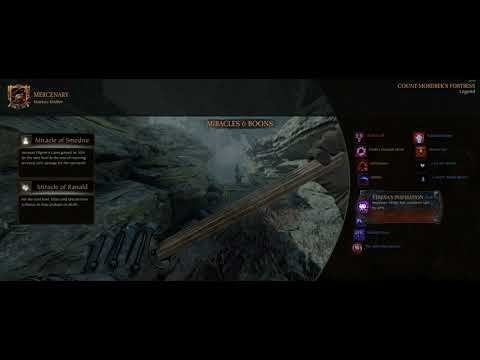 It’s 10% cooldown rate, not cooldown reduction. Specific wording there; it means the cooldown bar progresses 10% faster than it would otherwise, rather than being cut down by a specific amount (like it does with, say, Kruber’s 20% CDR level 30 pick). The timer on the bar is a bit of a lie as it doesn’t update based on speed changes; see the Outcast Engineer’s bar with multiple stacks or running a Concentration potion. If you’ve played Division 2 in the past, then this is the equivalent of Skill Haste vs. Skill Cooldown Reduction.

I can’t really tell you if the boon is working since you cut the video so ridiculously quick. If it does work, then the 90 second cooldown would functionally be reduced to 81 seconds. But, if that’s not how it’s supposed to work, does the boon actually function as CDR if you bought it in the middle of a match?

If you find this boon on map, it’s work like every other CDR. And as far as I know, all the cooldown reductions of the ult are useless for the engineer due to the way his ult works.

things that give ult charge (like ‘killing a special gives 10% ult’) work on engie.

Because this talent gives you 10% of the ultimate, it does not reduce the base cooldown of it.

Is it though? The wording is very specific; cooldown rate, not cooldown reduction. Perhaps it was made that way to specifically make it usable on Outcast Engineer, as you pointed out previously, regular CDR doesn’t affect it.