So no community update today?

Outright lied to before and after purchase, more like.

Under the laws of their country, we have a right to be informed before we make the purchase.

First, no that’s not a law, anywhere. “trade secret” is an easy counter example.

You, and many others were allowed to play the game for several weeks before release. You had the ability to be fully informed about the state of the game at release and if you were not happy should have requested a refund.

I remember bugs coming back every major patch. We joked about lack of version control… but it kept on happening.

Why pool these changes up?

My guess is they each work on branches and have to merge them to the release branch before releasing a patch, and their workflow only integrates the updates to the main code when they want to release. (i.e. patches dictate the release, not the opposite.)

They could flip this around by integrating as soon as a feature is done, tested and added to patch notes, and release more often with smaller changes. Steam doesn’t charge for patches so should not be an issue. I know they’re looking for an agile team lead, I hope they find a good one who will be able to bring change to FS’s workflow.

I hope they have proper version control this time. It would be absolutely nuts if the issue of major bugs being reintroduced at every major patch happened again.

I hope they have proper version control this time. It would be absolutely nuts if the issue of major bugs being reintroduced at every major patch happened again.

They’re not gonna have much of a community left by the time they manage to cobble a few words together for their PR drones.

Similar to the Weekly Q&A thread that has run for a long time on the r/Vermintide subreddit, it is intended for players to ask questions about the game and get answers from other players, not as a way to get responses from developers

Aaand the answer is: 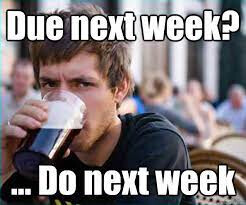