I found it in the Prologue: 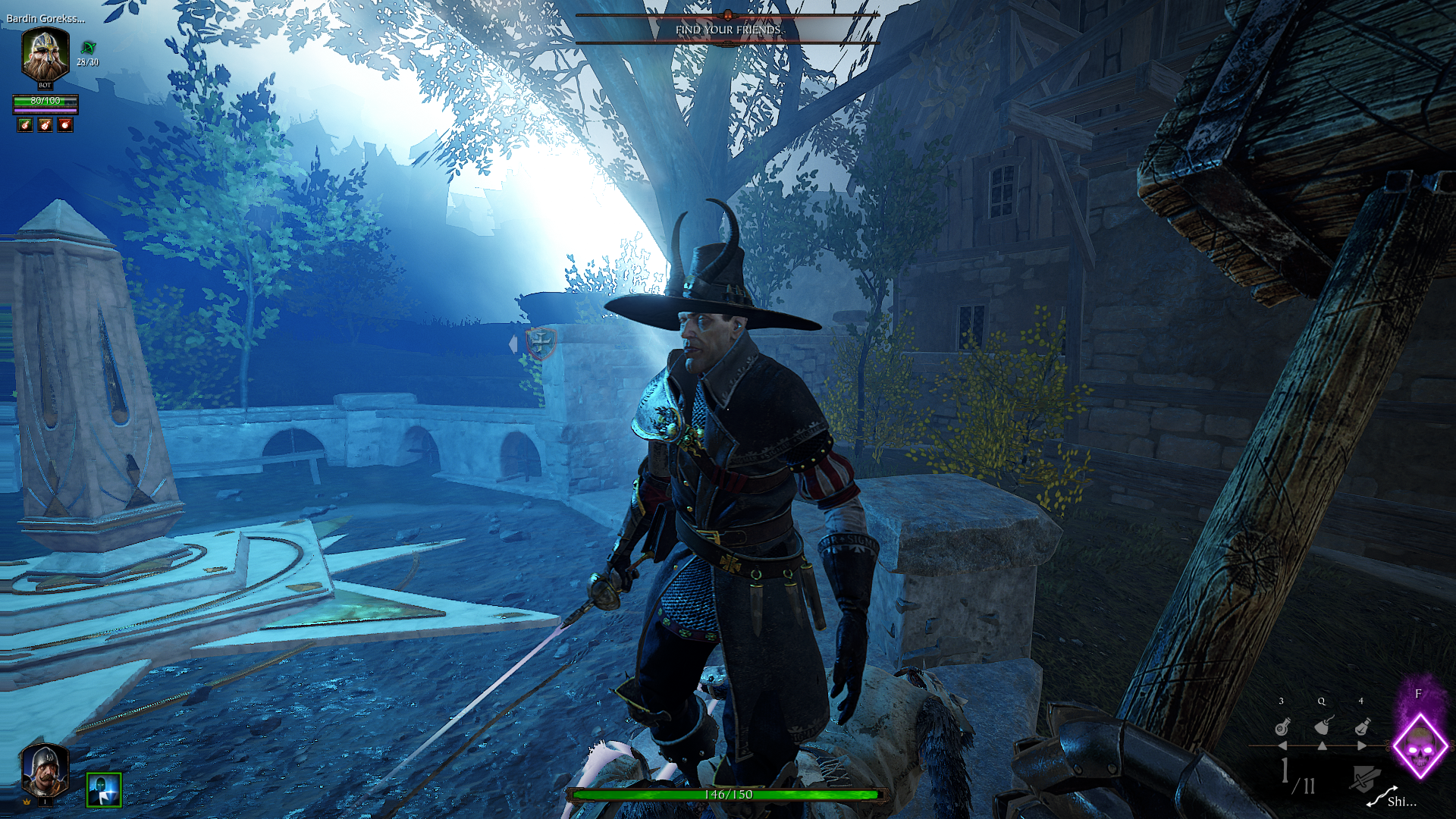 There was once a default hat here. Then premium DLC hat. Now this.

I must have it!

(yes, wooden hammer and bow too)

Ngl,you had me in the first half

I haven’t played the prologue in forever. If memory serves, Salt waited for you at the very end while everyone else got picked up on the way. I don’t see the portraits for Kerillian and Sienna, so perhaps you were up to some heretical shenanigans?

Yes, these “heretical shenanigans” are called “bugs”. Yesterday, for some unknown reason, my game and graphics settings were reset to the “default” values. While restoring them manually, I also decided to re-run the Prologue.

Apart from the new fantastic hat, I found that the Sienna and elf bots did not appear at all. During the second run, these bots appeared, but the elf did not follow me. 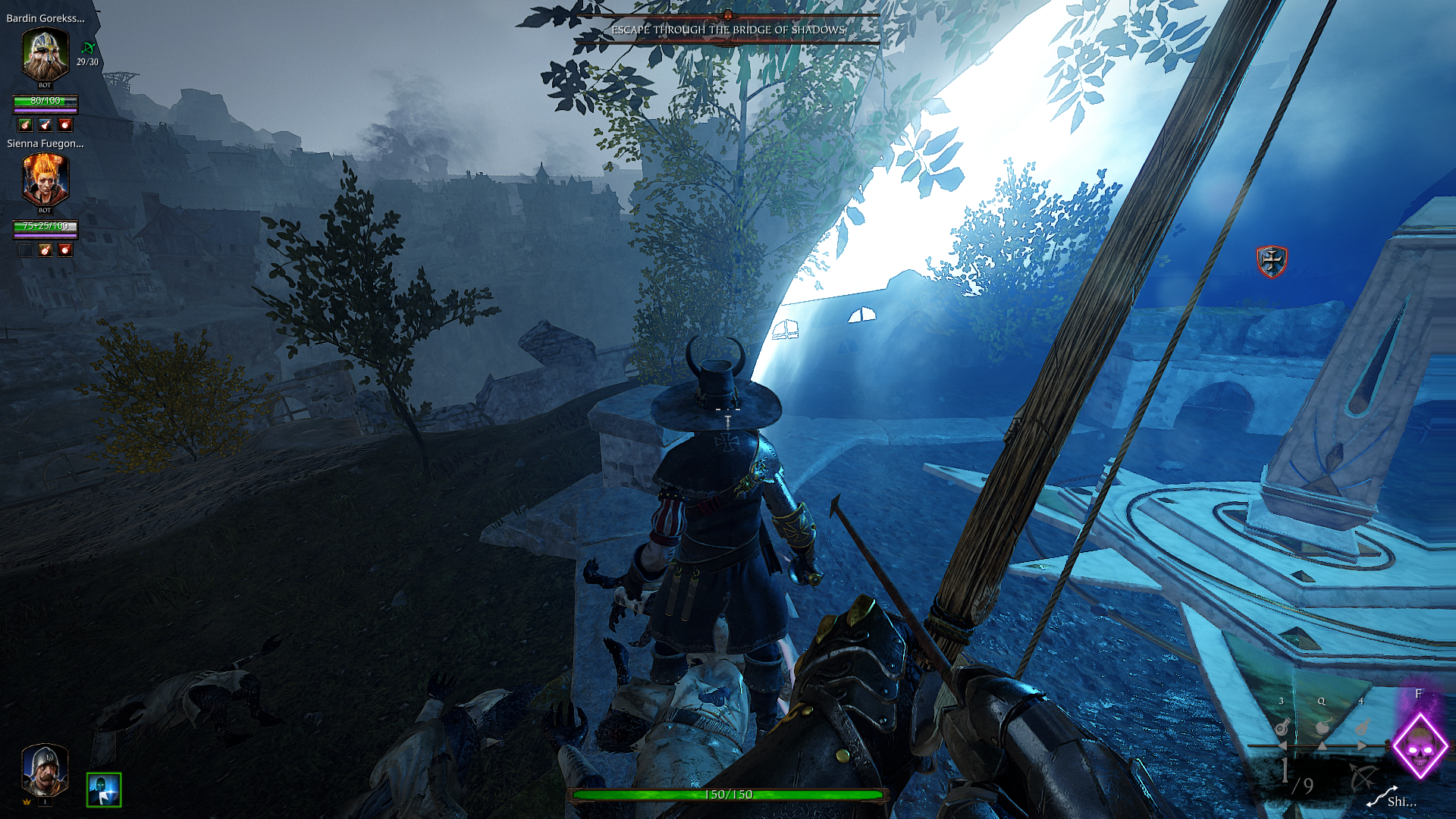 I wrote a bug report about this on Steam forum. Anyway, now I will play Prologue often.